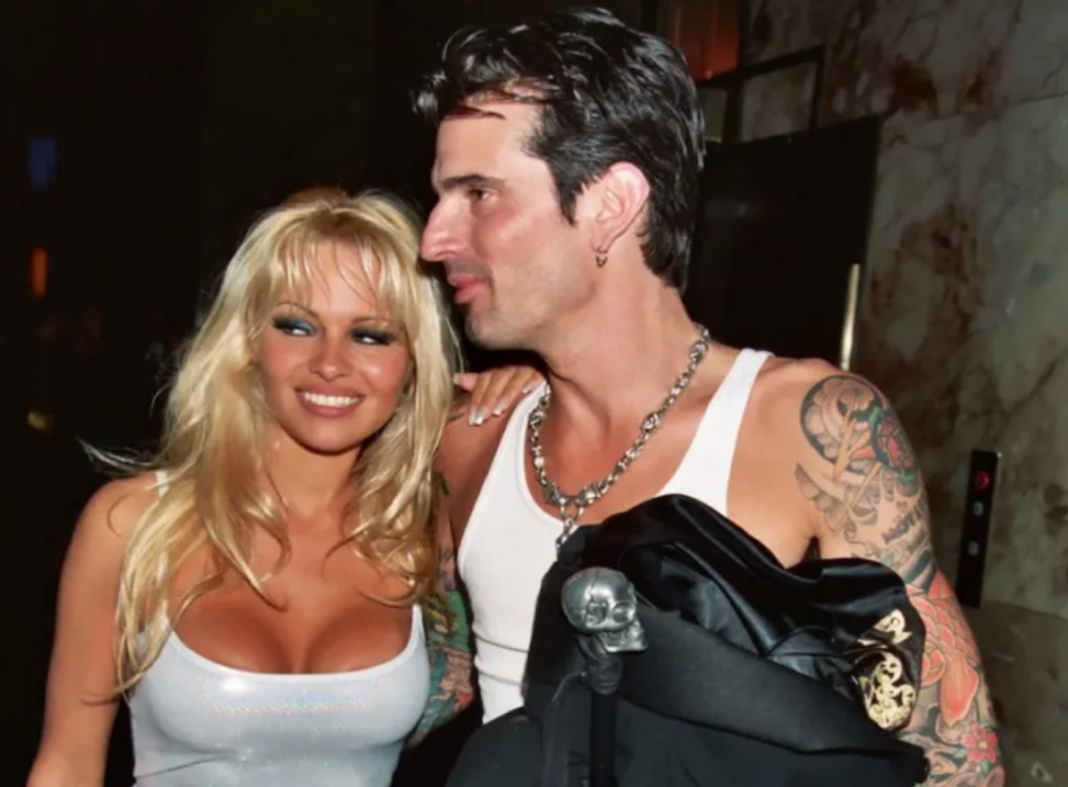 A new trailer for the upcoming Hulu series Pam & Tommy, starring Lily James as Pamela Anderson and Sebastian Stan as Tommy Lee, has been released.

Pam & Tommy, the impending Hulu biographical series, has received a new trailer. Seth Rogen and Evan Goldberg devised the eight-episode series, which was recorded from April to July 2021, and it will premiere exclusively on Hulu on February 2, 2022, with subsequent episodes airing weekly after that. Craig Gillespie directed Pam & Tommy after bringing another tabloid story to life in his previous feature I, Tonya, starring Margot Robbie as legendary figure skater Tonya Harding.

The show will focus on the real-life romance of Baywatch star Pamela Anderson (Lily James) and Mötley Crüe drummer Tommy Lee (Sebastian Stan), as well as how a sex tape they recorded became one of the first to be released on the internet. Seth Rogen and Nick Offerman will play Rand Gauthier and Uncle Miltie, the men who acquired and distributed the tape. Paul Ben-Victor, Taylor Schilling, Fred Hechinger, Pepi Sonuga, Andrew Dice Clay, Spenser Granese, Mozhan Marn, and Mike Seely as Hugh Hefner round out the Pam & Tommy cast.

Hulu has released a new trailer for Pam & Tommy, which features Lily James and Sebastian Stan in full “five hours in the makeup chair” glory. The teaser delves deeper into the history of this infamous incident and the players involved, which is ironically underlined by Meat Loaf’s “I Would Do Anything for Love (But I Won’t Do That).” Rogen and Offerman’s characters, in particular, are depicted in all their clumsy splendor. Take a look at the video below:

The trailer’s tone is obviously humorous, but it appears to be a far more serious endeavor than Rogen and Goldberg are normally known for. Since their debut collaboration, the smash high school picture Superbad, in 2007, the pair has primarily worked on comedies. Their subsequent works, such as This Is the End, Pineapple Express, and The Interview, stayed in a similar spirit, thus this is a notable departure.

Pam & Tommy appears to be structured and constructed in a manner similar to mine, Tonya (down to the casting of Sebastian Stan as the “bad boy” love interest). Given that the picture grossed $53 million (on a $11 million budget) and was nominated for three Oscars, winning one, Craig Gillespie has surely demonstrated that he has the ability to bring this type of subject to life. Also, it’s been long enough since I, Tonya that fans are certainly eager for another big-budget biopic from him.

Previous articleThe Best Missing Halo Weapons We Want To See In Halo Infinite
Next articleThe next annual addition for Elder Scrolls Online will include a “never-before-seen realm.”