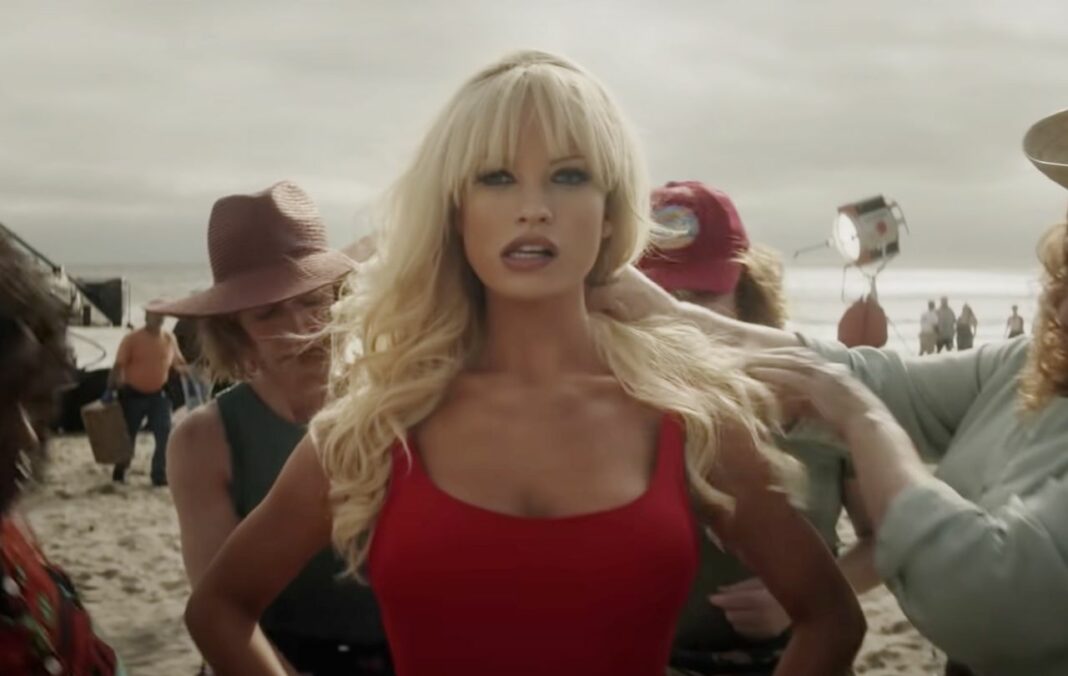 Lily James discusses her new role as Pamela Anderson in “Pam & Tommy”, saying she wishes the Baywatch actress had been engaged in the series’ development. James is well known for his role in the period drama Downton Abbey, which he played from 2012 until 2015. After participating in films such as Baby Driver, Darkest Hour, and Mamma Mia! Here We Go Again, the English actor made her cinematic debut in Disney’s live-action rendition of Cinderella. In Hulu’s upcoming miniseries about the eponymous couple’s difficult marriage, James will play the famed ’90s model.

“Pam & Tommy” is based on the rumored romance between Anderson and Mötley Crüe drummer Tommy Lee (played by Sebastian Stan). The eight-part series is a dramatization of what might have happened during their whirlwind love, which was plagued by intrigue and a viral sex scandal. It is not an official biopic. Mike Seely plays Playboy tycoon Hugh Hefner, while Seth Rogen plays Rand Gauthier, the man who discovered and shared the infamous secret tape.

James discusses her extraordinary metamorphosis as Anderson for “Pam & Tommy” for the cover story of Porter Magazine’s current issue. The 32-year-old says it was her most difficult assignment to date. She says she read Anderson’s novels and watched all of her interviews to get into character. She also discloses that she contacted Anderson before the series began filming in the hopes of getting the Baywatch actor to participate. Take a look at her comments below:

I was really hopeful that she would be involved. I wish it had been different. My sole intention was to take care of the story and to play Pamela authentically. And I was very hopeful that we would be in touch right up until we started filming.

Unfortunately, Anderson has refused to be associated with the Hulu series and has not responded to James’ requests. Meanwhile, her ex-husband Lee seemed to be unconcerned about the show’s portrayal of their lives. Stan’s rendition of the superstar has received his mark of approval.

Even without Anderson’s knowledge, James clearly put a lot of effort into the job and was able to look and act the part. The actress, who is known for portraying girl-next-door characters, discarded her modest image and became the classic ’90s bombshell. Her stunning similarity to Anderson in the freshly released “Pam & Tommy” trailers is uncanny. Anderson’s involvement in the show’s creation would have provided further promotional value, but it’s safe to imagine that people would tune in simply to see James and Stan’s remarkable changes and hot encounters together. Hopefully, the show’s story will be compelling enough to hold viewers’ attention for the entire eight-episode run.

Previous articleDevs Are Promising A Big Team Battle Fixes For “Halo Infinite”
Next articleWithout Ever Firing a Gun, a “Halo Infinite” Player Beats The Game On Legendary