Pamela Anderson has slammed the new mini-series about her rollercoaster relationship with rocker Tommy Lee as a “cheap knockoff”, according to a close friend of the star.

The Baywatch babe hit out at Pam and Tommy, a new limited series for Hulu, and told friends she has no plans to watch it.

The friend told The Sun exclusively: Pamela has no intention of watching this God-awful show, absolutely not. Never.

“She’s never heard of the actors playing her or Tommy and doesn’t care to know them.”

But aside from that, here are the “Pam & Tommy” set photos: 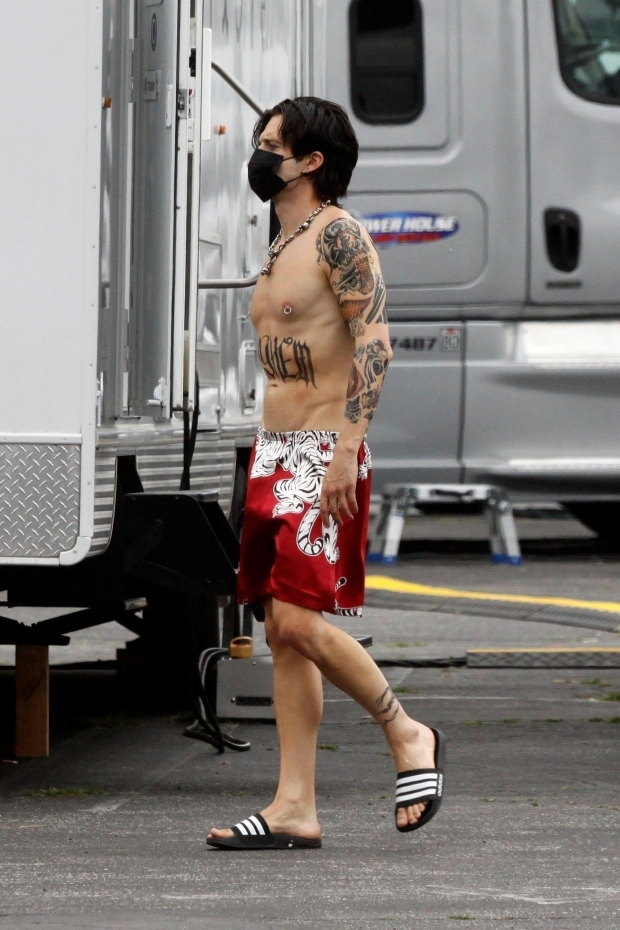