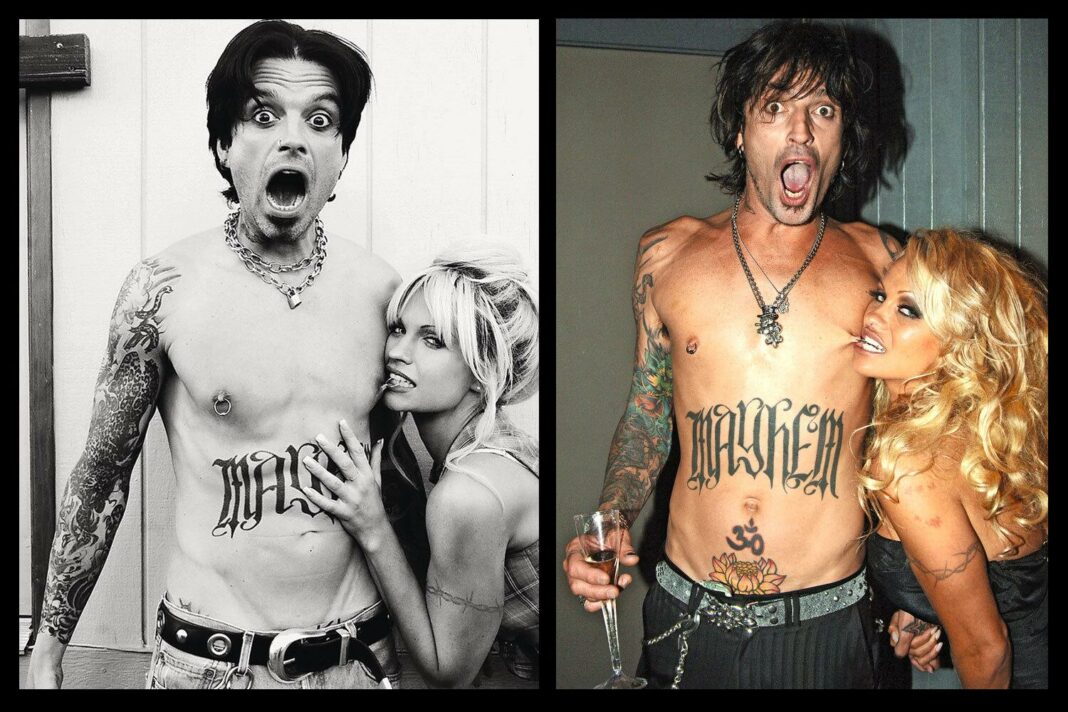 Although the real-life Pamela Anderson has yet to be contacted by the producers of “Pam & Tommy“, actor Sebastian Stan did had the opportunity to talk with Tommy Lee about the impending Hulu series. The drama stars Lily James as Baywatch actress and Stan as Mötley Crüe drummer, and it follows the couple’s high-profile courtship and ultimately leaked sex video, which generated a media frenzy in the 1990s. The series is one of the most highly awaited projects coming to Hulu in 2022, with a supporting cast that includes Nick Offerman and Seth Rogen, and is due to begin on February 2.

“Pam & Tommy’s” buzz stems in part from James and Stan’s out-of-character casting. They are more renowned for portraying more upright characters such as Disney’s Cinderella (James) and Bucky Barnes from the Marvel Cinematic Universe (Stan). However, the general concept of “Pam & Tommy” has been panned, notably by Anderson’s friend and singer Courtney Love. Love, in a since-deleted Facebook post last year, accused the program of inflicting Anderson “complex pain” by rehashing a tough era in her life. Anderson has not replied to the “Pam & Tommy” crew’s attempts to contact her or made any public comments about the episode. Stan seems to have an easier time contacting the real-life equivalent of his character.

He and James recently made the cover of Variety magazine, where they discussed everything from their hair and makeup makeovers to how they get into character for the new series. Stan didn’t go into detail about his conversation with Lee, but he did affirm that the two were able to communicate. Stan was brief in his remarks, telling Variety:

“[Lee] seems affected and grateful that I bothered to reach out and connect.”

Despite “Pam & Tommy’s” contentious nature, Stan was able to connect with Lee, and Lee has previously applauded Stan and the show’s approach to the tale. Although Lee and Anderson’s absence from “Pam & Tommy’s” progress is acceptable, it does touch on a private topic that, as Love pointed out, is likely still rife with hurt and anguish. However, not everyone involved in real-life controversies is opposed to discussing the past. For example, figure skater Tonya Harding and her ex-husband Jeff Gillooly consulted with the creators of the 2017 dark comedy I, Tonya (which also stars Stan)—having the input of those who went through the narrative made for a stronger picture in that case.

However, Stan, James, and the rest of the “Pam & Tommy” creative team appear to be reaffirming ahead of the show’s launch that the production has no aim of condemning the marriage. Instead, they claim that the show is intended to criticize the media’s and cultural responses to celebrities’ personal lives. “Pam & Tommy’s” ability to deliver on its promises remains to be seen, and will most certainly be interpreted differently by each individual viewer. However, Anderson and Lee may have more to say after the series airs.

Previous articleSeth Rogen Discusses Rand Gauthier, His Real-Life Character From “Pam & Tommy”
Next articleMonths After Its Release, “Battlefield 2042” Is Getting A Scoreboard