Despite the fact that the studio scenario brings Mötley Crüe down a notch, Third Eye Blind really beat Mötley Crüe worse in real life than what was seen in “Pam & Tommy”.

In “Pam & Tommy” episode 5, “Uncle Jim and Aunt Susie in Duluth,” Tommy Lee is embarrassed by Third Eye Blind, while Mötley Crüe was beaten considerably harder by the band in real life. Tommy begins to slide in this episode as the aftermath from his and Pamela Anderson’s stolen sex tape begins to weigh on him. His band was knocked from their customary studio location by Third Eye Blind, an up-and-coming band, which is a blow to his ego. It’s a quick moment, but it has a significant influence on Tommy Lee, who is played by Sebastian Stan in the show.

Tommy Lee is shown in all of his rock and roll glory in “Pam & Tommy”. He rose to prominence as the drummer for Mötley Crüe, one of the most well-known heavy metal bands of the 1980s. Mötley Crüe’s albums have all gone platinum or multi-platinum, and they’ve all been in the Top 10 on the Billboard 200, with Dr. Feelgood reaching #1 in 1989. In “Pam & Tommy”, Lee comes out as a smug, overconfident person, and there’s little question that the band’s enormous success contributed to this.

However, by the 1990s, when “Pam & Tommy” is set, the band’s popularity had waned. Metal’s popularity was dwindling as grunge, indie rock, and alternative acts grew in popularity. Tommy scans through the stations in episode 3 and comes upon a VH1 Behind the Music show about Mötley Crüe. Though this detail is out of date (the band’s episode didn’t air until 1998), it sends a clear message about Mötley Crüe’s declining popularity, and it’s an interesting parallel to a scene in “Pam & Tommy” episode 5 where Tommy examines a wall of plaques boasting of his band’s millions of records sold. Whether Tommy likes it or not, things are changing, and the seeming insult from Third Eye Blind is proof of that.

Did Mötley Crüe Get Bumped From The Studio By Third Eye Blind?

“Pam & Tommy” has been generally accurate in its rendition of events, although it does take artistic licenses, and this studio scenario was created just for the program. There were no studio troubles with Mötley Crüe, according to Kevin Cadogan, guitarist and co-founder of Third Eye Blind (via Ultimate Classic Rock). Another explanation for the odd occurrence of this encounter is that the two bands produced their records in separate regions. Third Eye Blind’s debut album was “recorded in and around San Francisco at Toast Studios, Skywalker Ranch, and H.O.S.” according to the liner notes. Meanwhile, Mötley Crüe recorded their seventh album at the Enterprise in Burbank and the Conway Recording Studios in Hollywood. 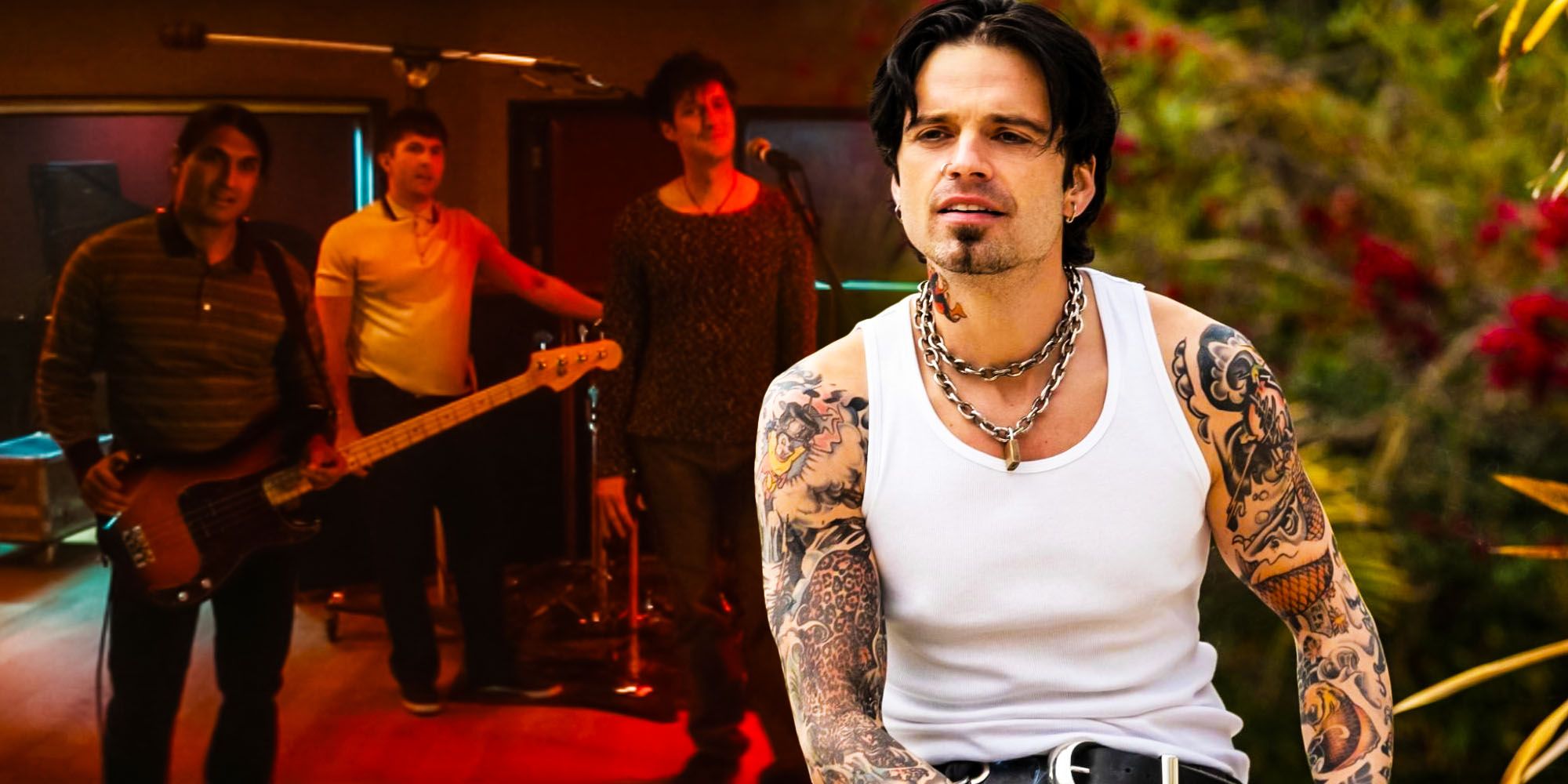 Mötley Crüe released Generation Swine in 1997, while Third Eye Blind released their self-titled debut in 1998, which includes the smash song “Semi-Charmed Life,” which was used as the final song for “Pam & Tommy” episode 5. Despite the fact that Generation Swine debuted higher on the charts, it only sold a few hundred thousand copies, whereas Third Eye Blind has sold over 6 million albums in the United States to date. Mötley Crüe’s final album with Elektra and before Tommy’s departure confirmed the end of the band’s glory days with Generation Swine.

When it comes to Pamela Anderson and Tommy Lee’s careers, “Pam & Tommy” exhibits an interesting difference. Mötley Crüe’s fame is diminishing owing to the decline of hair metal in the 1990s, whilst Pamela Anderson’s is on the increase because to Baywatch. The scene between Tommy Lee and Third Eye Blind demonstrates how insignificant Mötley Crüe had become by 1996, and Tommy Lee’s hatred of this reality causes conflicts with Pamela, despite the fact that her star power is now jeopardized due to the public availability of the sex video.