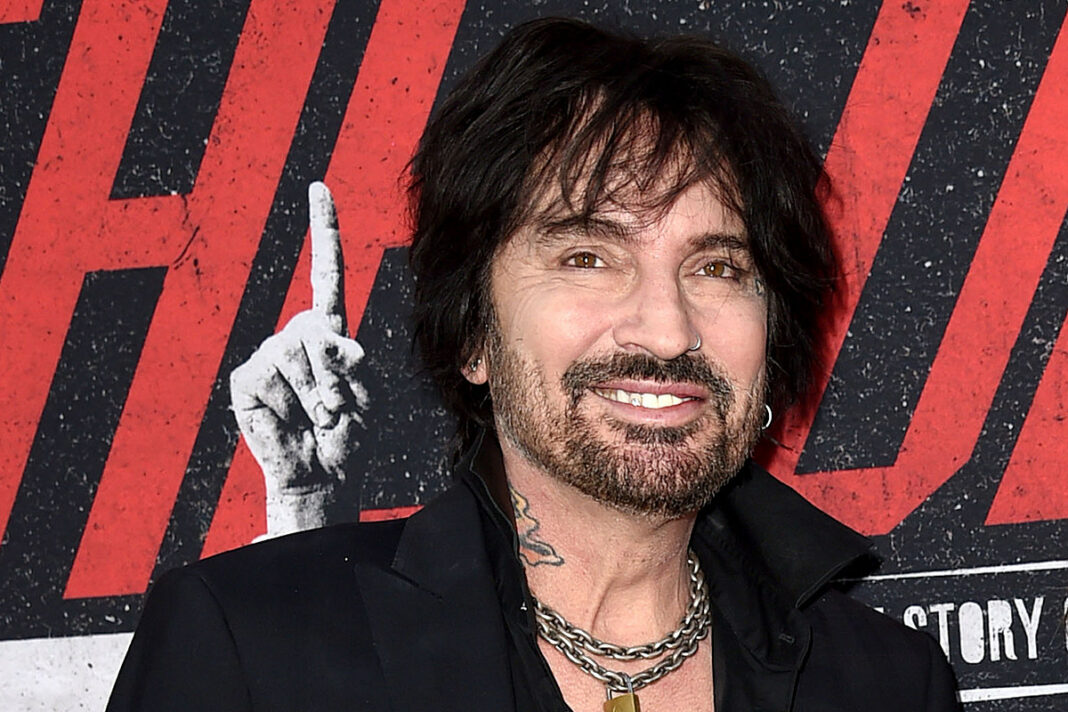 Tommy Lee has disclosed that he spoke with Sebastian Stan about Hulu’s contentious “Pam & Tommy” series and that he is looking forward to seeing the production based on his life.

Stan, 39, plays Mötley Crüe drummer Tommy Lee in Hulu’s “Pam & Tommy”, alongside Lily James as model Pamela Anderson. The pair will be followed throughout the series as their stolen sex tape is released. After a 500-pound safe was stolen from their home in 1995, the VHS went viral.

“I think a lot of people would think it’s [about] one thing, but it’s really about privacy and how things got crazy then,” Lee told the outlet. “There’s different laws now.”

Seth Rogen, Evan Goldberg, and Dave Franco produced the limited series, which is directed by Craig Gillespie, who previously worked with Stan on I, Tonya.

Prior to the impending miniseries, the artist saw Machine Gun Kelly portray him in the early years of his career in 2019’s The Dirt, and he expressed surprise that his life is being adapted yet again.

“I feel like it was forever ago,” the Grammy nominee added. “But it’s a cool story and people need to know. It’s cool. I’m stoked.”

While Tommy hasn’t seen any images of the Marvel actor in costume, Anthony Mackie, Stan’s Falcon & the Winter Soldier co-star, didn’t hold back when it came to discussing Stan’s makeover.

Despite his initial surprise, Mackie soon recognized that the former Gossip Girl star knew precisely what he was doing.

“He crushed it. I mean, he really was able to transform, and that’s every actor’s dream with every role you play,” Mackie continued. “Sebastian is a great actor and is [getting his due]. People being able to see him for the chameleon that he is — not just the beautifully amazing, blue-eyed god that he is. It’s very refreshing to see your friend win.”

“Pam & Tommy”, on the other hand, have not been universally praised. While Anderson hasn’t spoken out against the show, her pal Courtney Love has trashed it. In May, the 57-year-old singer addressed the issue in a long Facebook post, saying that her December 1994 Rolling Stone cover required consent before being included in the Hulu series.

“I said ‘f–k no.’ shocked. Gentleman [sic] don’t approve this sort of thing,” she added.

Other creatives were barred from bringing the leaked sex film to recording sessions at the time, according to the Portland resident.

“My heart goes out to Pammy,” the Hole frontwoman said, adding that the series was “further causing her complex trauma.”

Previous articlePriceless Genetic Material: Recap Of The “Y: The Last Man” First Episodes
Next articleWill The Epic Pair Of Villains Appear On “Lord of the Rings” TV Series?