Here Is The “Pam & Tommy” Trailer 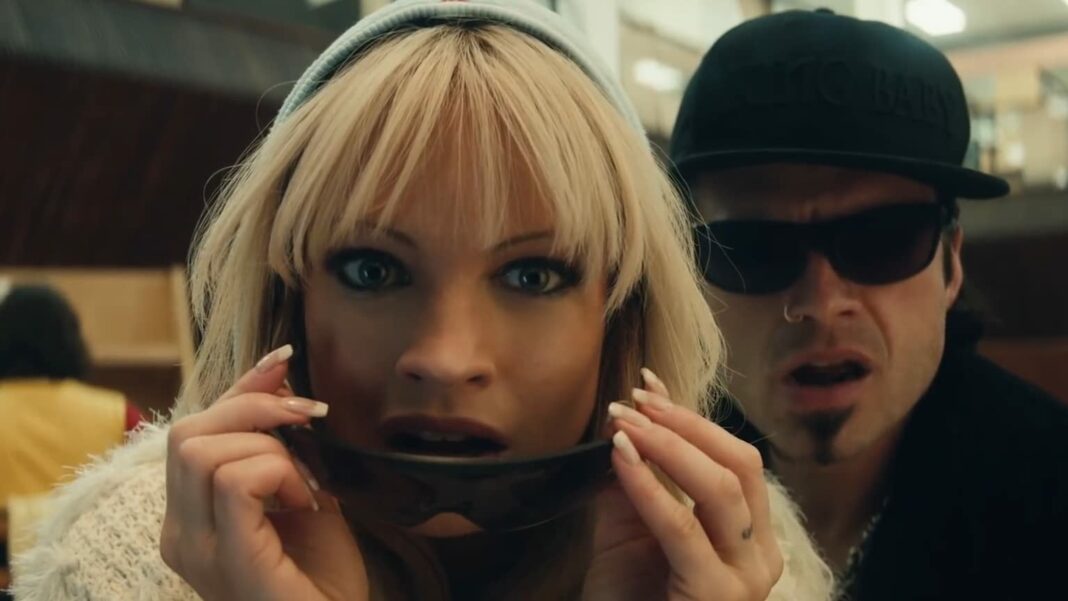 “Pam & Tommy’s” debut trailer teases a February 2022 release date. Sebastian Stan plays Tommy Lee and Lily James plays Pamela Anderson in the Hulu original series based on the true story of the Hollywood/rock celebrity couple who famously married after only knowing each other for 96 hours. The series will follow their “whirlwind” romance, which included a theft and internet publishing of their personal sex tape. Rand Gauthier is played by Seth Rogen, and Uncle Miltie is played by Nick Offerman. Taylor Schilling as Erica Gauthier, Mike Seely as Playboy magnate Hugh Hefner, and Andrew Dice Clay in a recurring role round out the group.

Robert Siegel (The Founder, The Wrestler), who also acts as showrunner, wrote the eight-episode series, which is directed by Craig Gillespie (I, Tonya). The series was originally set to be directed by and starring James Franco as Tommy Lee, but the actor left before Hulu picked it up. Stan and James have posted a slew of publicity photographs since production began, fueling anticipation for the program, which appears to have built-in appeal given the sex tape controversy and larger-than-life characters being depicted.

Hulu has recently released the first trailer for “Pam & Tommy”, which gives an idea of how the events will be depicted onscreen and also announces the series’ debut date: February 2, 2022. The show is believed to follow the two actors’ turbulent relationship, including the theft of their sex tape, which was seized by angry electrician Rand Gauthier when he took the couple’s home safe in retaliation for being shot by Lee, who also waved a gun at him. The tape’s dissemination was a tangled nightmare for everyone involved, and despite many lawsuits, no one was ever charged with a crime. The entire episode, if anything, makes for a more cinematic story than a real-life one, which “Pam & Tommy” hope to capture. Take a look at the trailer below:

Stan is, of course, the Marvel Cinematic Universe’s Winter Soldier/Bucky Barnes. In Simon Kinberg’s female spy actioner The 355, he’ll next be seen. Lily James is best known for her roles in Edgar Wright’s Baby Driver and the live-action Cinderella. Gillespie recently helmed Disney’s Cruella de Vil, and he may reprise his role in the sequel.

“Pam and Tommy’s” magnetism is undeniable. With big names, big egos, and huge… business, it’s classic sex, drugs, and rock-and-roll story. The true narrative contains all the elements of the ultimate genre mashup, including a heist thriller, a softcore romp, and a celebrity biography, and it stars two of (actual) Hollywood’s hottest actors, as well as a great creative team to present such a wild and insane story. Viewers are eager to tune in for “Pam & Tommy”, which may well be the trashy narrative they need to see when they tune in next February, whether for titillation, entertainment, or pure curiosity.

Previous articleHalo Infinite Weapons Guide: Best Guns For Multiplayer And How They Work
Next articleWhy “Battlefield 2042” Is On Steams All Time Worst Reviewed Games List?