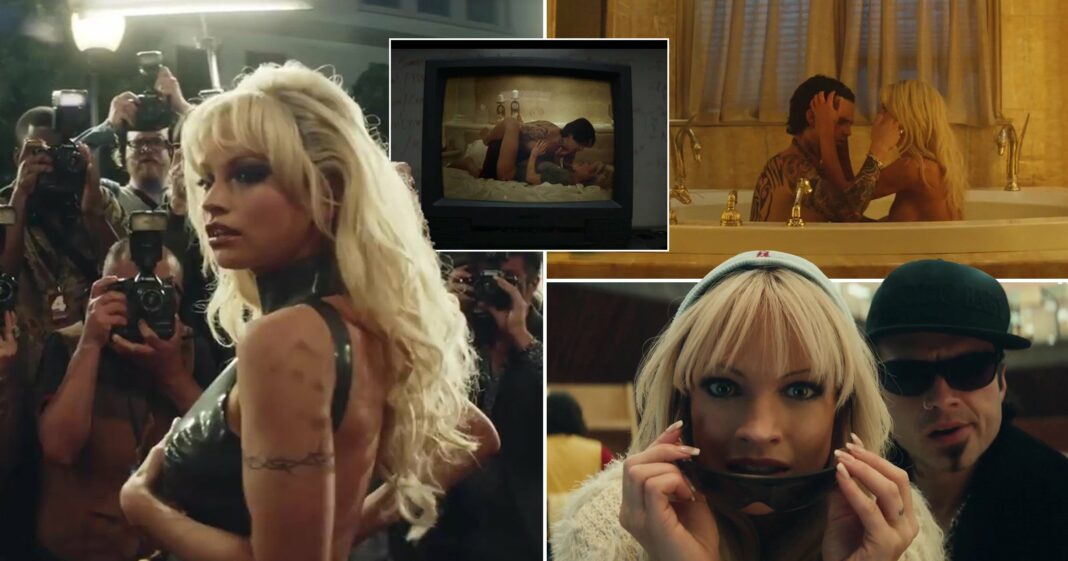 The show stars Lily James from Mamma Mia! and Sebastian Stan from Marvel as the titular couple – Pamela Anderson from Baywatch and Tommy Lee from Mötley Crüe.

The series, which is co-produced by and stars Seth Rogen, will be broadcast in the UK via Disney+, with the first two episodes launching on the streaming service on February 2, 2022. The series will premiere on Hulu in the United States on the same day.

The eight-part series, directed by Cruella de Vil’s Craig Gillespie, begins with the real-life controversy that rocked the couple in the 1990s.

The couple’s sex tape, which was allegedly made during their honeymoon, was stolen and released without their permission in 1995.

Lee’s family famously reached an agreement with Internet Entertainment Group to make the sex tape available to its website users. Anderson, on the other hand, filed a lawsuit against the distributor.

Rogen and Nick Offerman, who co-starred in Parks and Recreation, play the thieves in the series. Taylor Schilling of Orange Is the New Black and Fred Hechinger of The White Lotus round out the cast.

James and Stan revealed a couple of first-look photographs in the characters of Anderson and Lee earlier this year. Fans had to make a double-take when they saw the photos, especially with James dressed as Anderson in black attire and wearing her classic Baywatch red swimsuit.

On February 2, 2022, Hulu will premiere “Pam & Tommy”. The first two episodes will be available on Disney+ in the UK on the same day.

Hidetaka Miyazaki, the Director of the “Elden Ring”, Has Stated That He Will Not Play the Game