Our Kind of People, based on Lawrence Otis Graham’s controversial 1999 book, is slated to be one of the largest and most extravagant episodes of the fall TV season. This intriguing series, starring Yaya DaCosta as a determined single mother who learns life-changing news from her mother’s past, looks at the decadent inner lives of Oak Bluffs on Martha’s Vineyard, “a historical stronghold where the rich and powerful Black elite have come to play for over 50 years,” according to the press release. We’re discovering a lot of fascinating facts about this adaptation as we get closer to its September premiere, which we’ll share with you right now. Here’s everything we know about this Fox program thus far.

Take advantage of the last rays of sunshine before the fall television season begins. Indeed, Fox’s new lineup of shows is set to launch in just over a month, kicking out with the highly-anticipated series premiere of Our Kind of People on September 21st at 9/8c. This show is projected to be one of the station’s most popular newbies, so more information should be forthcoming. 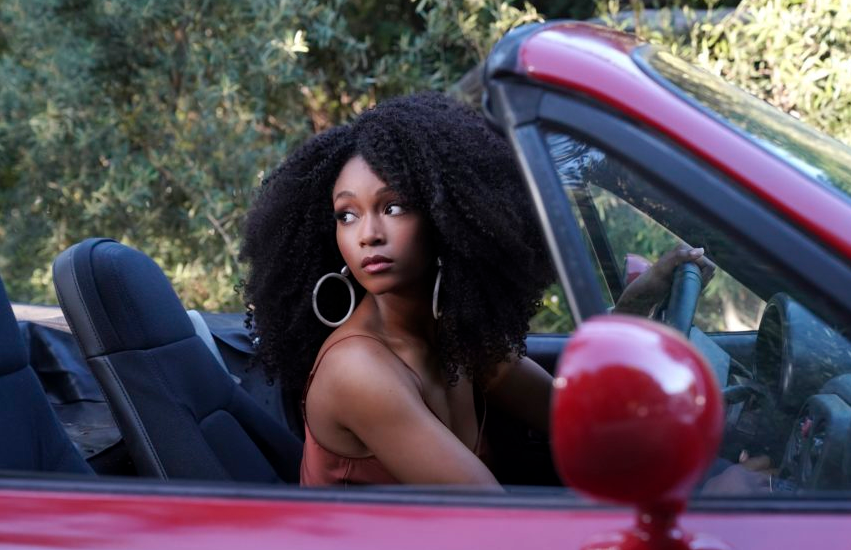 It’s based on Lawrence Otis Graham’s controversial book from 1999.

Lawrence Otis Graham’s Our Kind of People: Inside America’s Black Upper Class was published in 1999 and quickly became a revealing, provocative, and acclaimed work of non-fiction, resulting in a New York Times bestseller that sparked literary debate and thoughtful insight into the world of the Black upper class, notably because it claims to be “the first book written about the black elite by a member of the black elite.”

Lawrence Otis Graham’s book does give some sharp commentary on a rich lifestyle that only a few are aware with, and it’ll be interesting to watch how the showrunners use Graham’s source material to make a slashy, spectacular slice of weekly television.

Yaya DaCosta plays a single mother who uncovers a dark secret from her mother’s past in Our Kind of People.

Yaya DaCosta, a model-turned-actress best known for her leading role on NBC’s Chicago Med, is at the center of Fox’s upcoming drama series. She was highly praised for her performance as Whitney Houston in the Lifetime movie Whitney. DeCosta also featured in The Kids Are All Right, Tron: Legacy, In Time, The Messenger, Lee Daniels’ The Butler, The Nice Guys, Mother of George, Take the Lead, and Whole Lotta Sole, among other films. She was also a runner-up in Cycle 3 of America’s Next Top Model prior to her acting career.

Yaya DaCosta will portray a single mother who uncovers a terrible truth from her mother’s history that affects all she knows and everything she’ll do in the future in this leading role.

Along with Yaya DaCosta in the starring role, the cast of Our Kind of People includes Morris Chestnut, Alana Bright, Joe Morton, Nadine Ellis, and Lance Gross, who are both novices and experienced actors. Rhyon Nicole Brown, Kyle Bary, Debbi Morgan, and L. Scott Caldwell are also slated to join the cast of the show.

Morris Chestnut is best recognized for his appearances in the films Rosewood, The Resident, Nurse Jackie, V, The Best Man, Like Mike, The Brothers, and Half Past Dead. Joe Morton is also famous for his roles in Terminator 2: Judgment Day, Speed, Lone Star, The Brother From Another Planet, and others, while Nadine Ellis is known for her roles in Hairspray, Let’s Stay Together, Reno 911!, and Shameless. Furthermore, Lance Gross starred in Crisis, Our Kind of Family, and numerous Tyler Perry films, including House of Payne, Meet the Browns, Temptations: Confessions of a Marriage Counselor, and The Paynes. Alana Bright, on the other hand, will be making her big-screen debut.

Karin Gist has made a name for herself as a television writer and producer for well over a decade. Gist’s career began on UPN/The CW’s Girlfriends, and she went on to co-write Disney Channel’s Camp Rock, Camp Rock 2: The Final Jam, and Jump In! Before running Fox’s Star and ABC’s mixed-ish, she wrote and produced One Tree Hill, House of Lies, Grey’s Anatomy, Revenge, and Undercovers. Along with Our Kind of People, Gist is also engaged to showrun Hulu’s Mike Tyson series, Iron Mask, and she also co-wrote Sister Act 3. To say the least, the television writer continues to stretch out and establish her trustworthy abilities, especially with her next major projects! 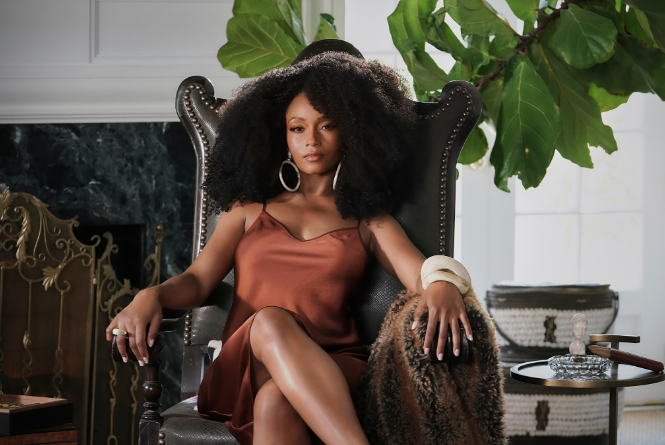 Tasha Smith is the director of the pilot.

Tasha Smith is most recognized for her work as an actor on large and small screens, but she’s just added directing to her CV. She oversaw episodes of Star, Tales, Black Lightning, P-Valley, Big Sky, 9-1-1, and the forthcoming Black Mafia Family on television. Smith also directed When Love Kills: The Falicia Blakely Story for TV One and wrote and produced the short film Boxed In in 2015. She’s now set to direct the premiere episode of Fox’s Our Kind of People (along with perhaps more episodes). Smith’s leading appearances in Tyler Perry’s Why Did I Get Married? films, as well as Perry’s TBS/OWN series For Better or Worse, should be highlighted.

Our Kind Of People promises a soapy examination of race and class, as well as an unabashed celebration of black resistance and achievement.

According to the press release, Our Kind of People will be a “soapy, thrilling exploration of race and class in America and an unapologetic celebration of Black resilience and achievement,” especially as it follows Angela Vaughn (Yaya DaCosta), a “strong-willed, single mom” who sets out to “reclaim her family name and make an impact” with her revolutionary haircare line, only to discover that she isn’t who she thinks she is. 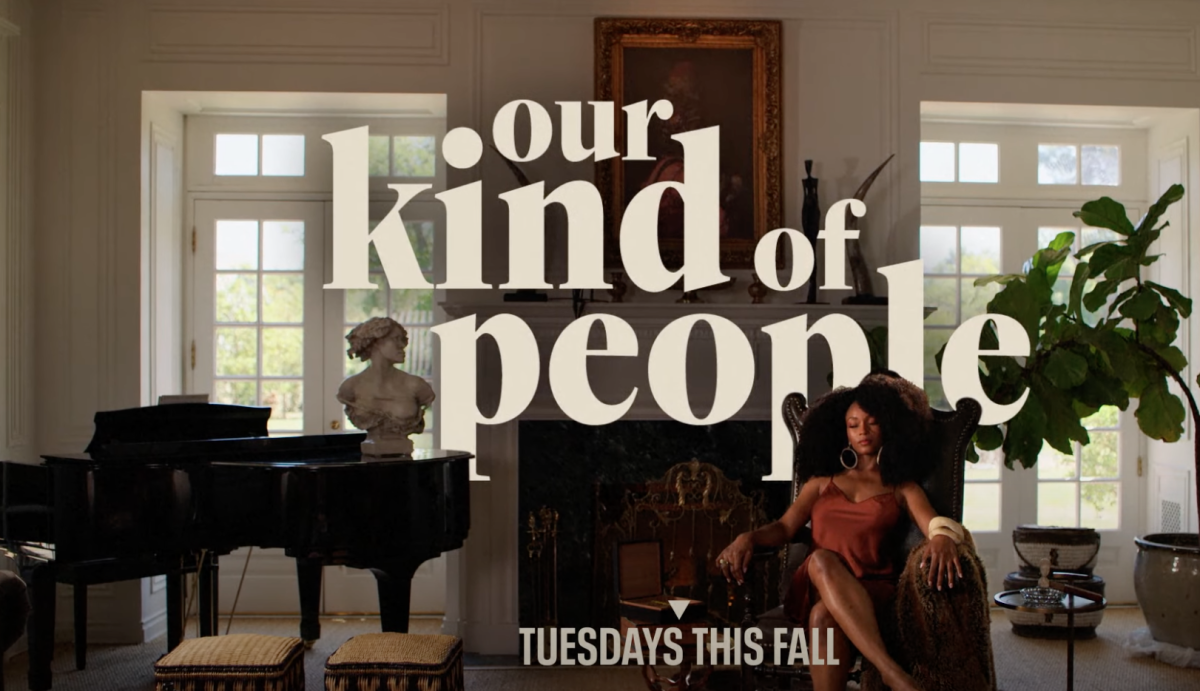 Fox provides fans a brief peek into the rich and affluent lifestyles of Oak Bluffs on Martha’s Vineyard, as well as our once-lowly lead heroine who isn’t afraid to mess things up after learning a long-lost dark truth from her family past, in this roughly 50-second teaser. We should expect many major things to happen in this ultra-expensive mansion, which promises luxury, decadence, and dramatic disclosures, but we won’t know what’s in store until the program begins this autumn.

On September 21st, Fox will debut Our Kind of People.

The Universe Of “Squid Game” Might Extend To Other Nations, According To The Creator

Myrddraal From “The Wheel of Time” Is Really Horrifying