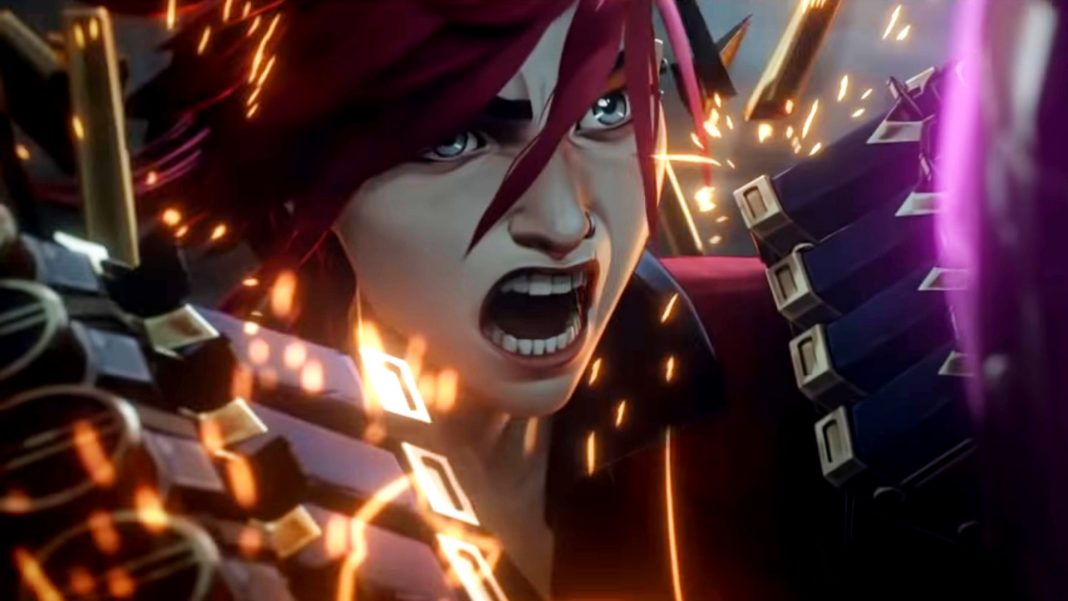 Netflix has posted a 19-second teaser video for League of Legends’ animated series, which will air in Fall 2021. Although the teaser is quite short, it gives us a glimpse of some of Runeterra’s characters created by League of Legends. The upcoming series will feature League of Legends champions Jinx, Vi, and Zaun. The teaser also shows a third character, which could be Viktor. He wields a staff-like weapon and is unknown.

Riot Games and Fortiche Productions team up with Netflix to bring ‘Arcane‘ to fans:

Riot Games and Netflix are collaborating to bring Arcane to the fans in Fall 2021. Riot Games will produce the first television series. It will feature Jinx, Vi, and other characters from League of Legends. Jinx is an eccentric character who likes to blow things up and draws comparisons to Harley Quinn of the DC Universe. Vi, however, is a former criminal who now works with the Wardens. Although the identity of the mysterious, hooded character in this cinematic is not known at the moment, they have some similarities with Viktor, who is also from P&Z.

Riot Games and Fortiche Productions have created Arcane, an animated series. The story is set in Piltover, a utopian region. It also features Zaun’s oppressed underground. Dominique Bazay is the Director of Original Animation at Netflix. He said that “League of Legends” has sparked worldwide fervor and fandom. Arcane will be the home of the first TV series set in this universe. This series promises to deliver a thrilling thrill ride that will keep viewers on the edge.

Shauna Spenley is Riot Games’ Global President of Entertainment. She stated that Arcane was created to express our love for fans who had been asking for more cinematic experiences to dive into the League of Legends worlds and champions. Spenley said, “Netflix with its amazing global brand and shared goal to deliver premium, high-quality material is the perfect partner to bring Arcane across the globe.”

The series will be released in Fall 2021, which falls between September 1st and November 30. However, there is no release date confirmed.

To Get Fans Ready For the Release, “Elden Ring” Has Released a New Overview Trailer