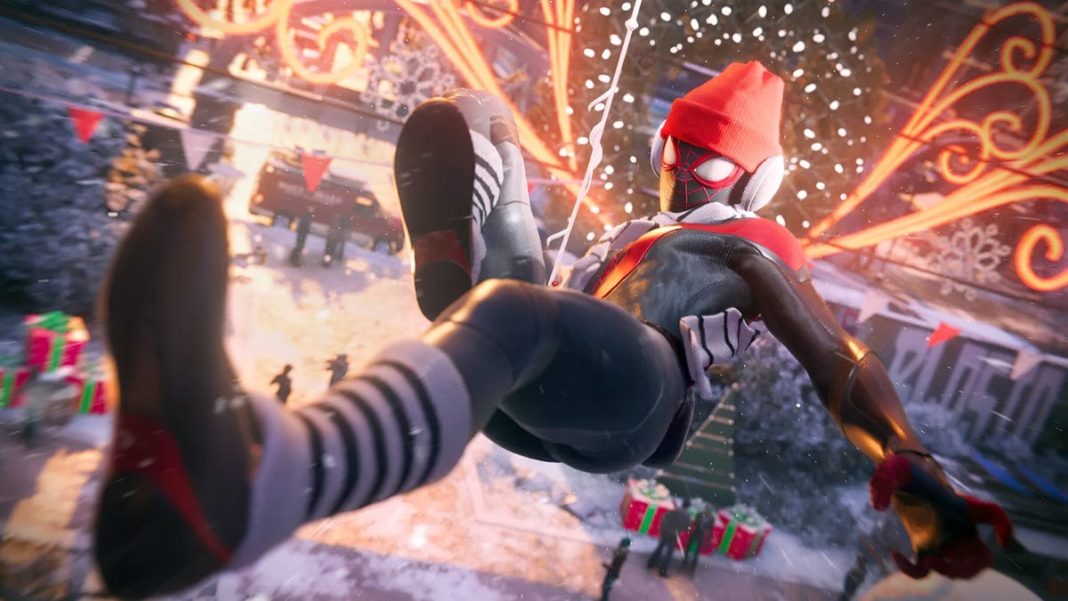 Today, PlayStation’s YouTube channel released a teaser trailer for Miles Morales, showcasing the high fidelity of its graphics and beautifully animated web swinging and ass kicking. The Miles Morales PC port is being worked on by Nixxes Software, the same folks behind Spider-Man Remastered’s PC port. Miles Morales is available to wishlist on Steam and the Epic Games store.

Originally released in 2020, Marvel’s Spider-Man: Miles Morales takes place roughly a year after the finale of Spider-Man. In it, you suit up as Miles as he takes off his sidekick training wheels, or web shooters(?), and steps into his own as New York’s sole Spider-Man while Peter Parker takes a much-needed vacation.

In Kotaku’s review for Miles Morales, we said it was “ a beautiful game with a big heart” that “excels in its smallest moments” despite being a shorter game than Peter’s romp. It also has the merit of having Kotaku’s former staff writers Evan Narcisse and Mary Kenney serve as writers on it, which is mondo cool.

If our review for Spider-Man Remastered on PC is any indication, Miles Morales is shaping up to look just as crisp and perform just as fluidly as Peter’s PC venture, possibly standing the test of time as the definitive version of the game.

Arguably the best part of any PC release of a console game is the mods that follow for the game. In the short amount of time Spider-Man Remastered has been on PC, we’ve already seen Kingpin, Stan Lee, and Yakuza’s Goro Majima model swapped in place of Marvel’s fast-talking hero. In that same spirit, I wait with bated breath for Miles Morales’ mods. Perhaps we’ll see a Static Shock mod? That’d be pretty neat. Hell, put my man in some Timbs or some black Air Force Ones and increase his damage too while you’re at it.

Previous articleDragon Ball’s Unsung Hero Finally Takes Center Stage In The Breakers
Next articleThe Cyberpunk: Edgerunners Fire Is Out Of Control In The Cyberpunk 2077 Modding Scene