Fans have pondered whether a prequel inspired by “The Silmarillion” may be made since Peter Jackson’s award-winning “Lord of the Rings” trilogy was launched two decades ago. The events of that hefty volume begin with the creation of the world and progress through Middle-earth history, culminating in “The Lord of the Rings” events at the conclusion of the Third Age.

The problem is that adopting “The Silmarillion’s” fantastically complicated, time-skipping tale would be impossible. It would entail sorting out a jumbled timeline and dealing with a never-ending stream of perplexing names, places, and events. Amazon Studios, on the other hand, appears unfazed by the obstacle, having purchased a share of the prequel rights in 2017 and developing it into a TV show since then.

By publishing the first jaw-dropping image in early August 2021, the studio reaffirmed the expectation that this long-awaited series would be worth the wait. The photo is not only beautiful, but it also has two bright trees in the backdrop. Diehard Tolkien enthusiasts immediately linked these trees to the Two Trees of Valinor, which are linked to the Years of the Trees, a period in Middle-earth history (via Tolkien Gateway).

If the rumors are true, it suggests that at least some of the show will take place before the First and Second Ages, in a time when the planet was still young and largely untroubled. Furthermore, if this is the case, it’s possible that Morgoth and Ungoliant, two of Middle-most earth’s fearsome enemies, will be introduced.

Who are Morgoth and Ungoliant? 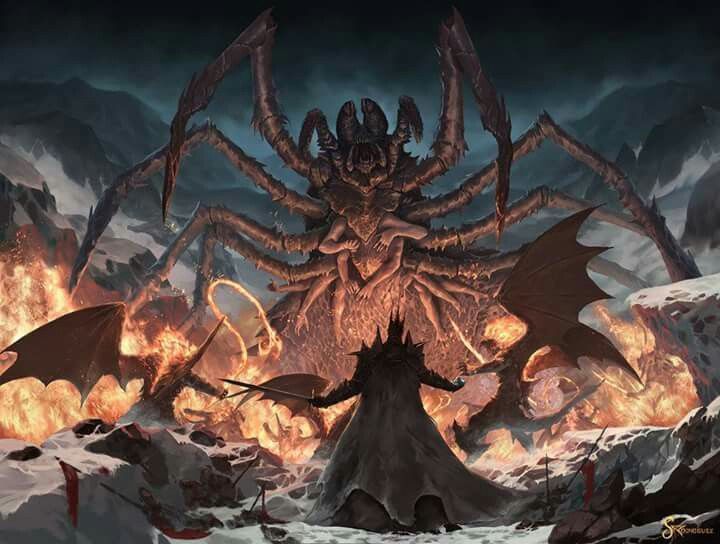 Morgoth is the initial Middle-earth’s Dark Lord. He appears before the world was created, and he and a slew of other angelic spirits known as the Ainur descend into the region at the dawn of time (through Tolkien Gateway). Many of these beings are still pure and focused on making the planet a more beautiful place. Morgoth, on the other hand, seduces a group of Ainur to help him in ruining the universe. The individual who becomes known as Sauron is one of these beings. The rest transform into Balrogs and other nefarious evil spirits. For the majority of “The Silmarillion,” Morgoth acts as the public’s worst enemy and the archenemy of all good beings.

While Morgoth is the most well-known villain in Middle-earth, Ungoliant is, in many ways, a more dangerous foe, if only because we know so little about her save her deadly abilities. Her birth is unclear, but she is a loner who serves no one and dwells in a ravine in the south of the realm where the shadows are “the darkest and thickest,” according to “The Silmarillion.” Ungoliant is a terrifying spirit of unknown might. She’s described as a “mistress of her own lust, seizing everything for herself in order to fill her emptiness.” She resembles a huge spider, and she is, in fact, Shelob’s ancestor. Ungoliant may absorb light and “spun it forth again in dark nets of strangling gloom,” according to the book.

To put it bluntly, Morgoth and Ungoliant are the types of villains you never want to encounter. Despite this, the strength that each villain wields when they team up is nothing compared to the power that they possess when they work together for a short time.

Ungoliant and Morgoth team up 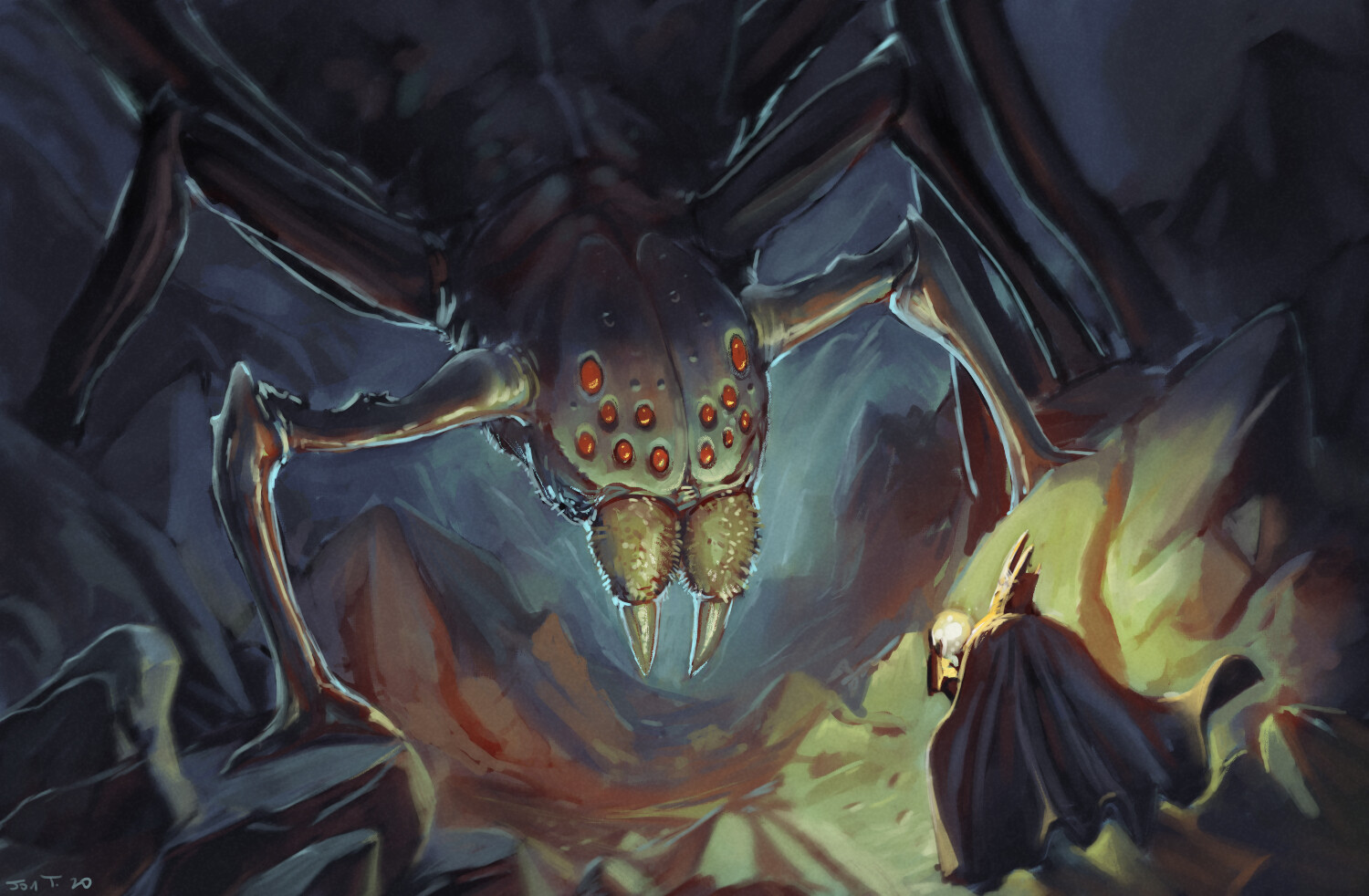 Morgoth spends most of “The Silmarillion” on the run, commanding vast armies and doing havoc. However, there is a period of time when he is apprehended and held in spiritual captivity. This follows the Battle of the Powers (through Tolkien Gateway), a fun supernatural episode. The righteous Ainur wage war on Morgoth and capture him in order to safeguard the freshly awakened Elves, commanded by a party known as the Valar (via Tolkien Gateway). Morgoth is imprisoned in spirit form once the dust settles. He’s imprisoned for three world ages while he’s there.

Morgoth convinces his captors that he has changed (spoiler: he hasn’t) and is released on parole to roam the Valar’s dominion of the Blessed Realm, a continent west of Middle-earth (via Tolkien Gateway). This is most likely the location shown in Amazon’s first image from “The Lord of the Rings.”

There are a lot of names and legends here, but don’t worry. The crucial thing to remember is that Morgoth gets kidnapped, released, and then plots his captors’ annihilation. The Dark Lord eventually breaks away from the Blessed Realm and flees to the region of the planet where Ungoliant resides. Morgoth and Ungoliant form a contract to work together to bring the Blessed Realm to an end once they’ve hooked up. 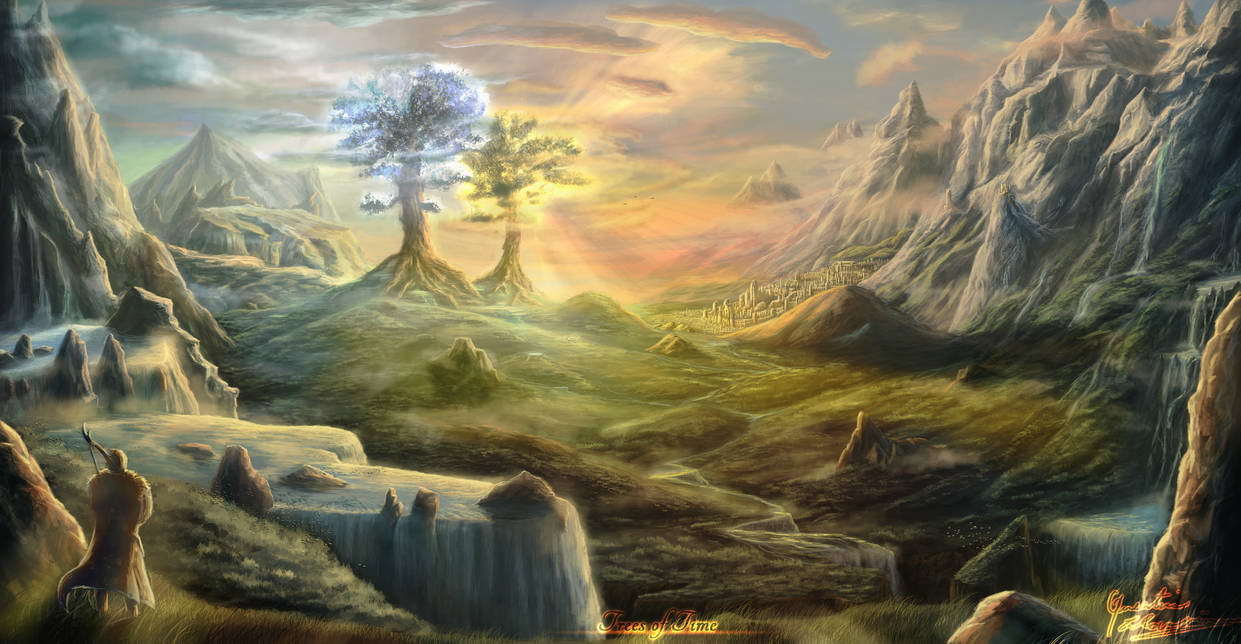 Morgoth and Ungoliant know they wish to harm the Valar when they publicly join forces. However, they aren’t exactly in a better position right now. As a result, they decide to strike below the belt, striking their opponents where it will really hurt them. What are they aiming for? The Tale of the Two Trees. What exactly are they? They could be the two gleaming trees shown in Amazon Studio’s first image, as previously said. This mystical pair of shimmering trees provide light for an entire third of the earth before the sun and moon are created, and are revered by Elves and spirits alike. But — spoiler alert — the Two Trees are destroyed, and the sun and moon emerge from the ruins.

With this pair of arboreal illuminators as their objective, Morgoth and Ungoliant pack their belongings and return to the Blessed Realm in secret, where they intend to sow havoc. Ungoliant weaves webs of darkness about herself and Morgoth as they travel to keep them unseen. Morgoth also schedules their entrance around a time when he knows everyone would be away at a festival.

The duo is able to attack the Two Trees when no one is expecting it because of this combination of variables. Morgoth stabs them with a spear, allowing their sap to flow out, causing his ravenous arachnid companion to swallow them dry. The terrain darkens, and the crooks make a hasty exit before being apprehended. This sets the stage for the rest of “The Silmarillion’s” events.

Neither Morgoth nor Ungoliant makes it to the Second Age, the show’s ostensible setting. Morgoth is imprisoned once more, this time for an indefinite period of time. Ungoliant grows so hungry that she eats herself, which is, to say the least, disgusting.

Does the first image of the “Lord of the Rings” tv series hint at Morgoth and Ungoliant? 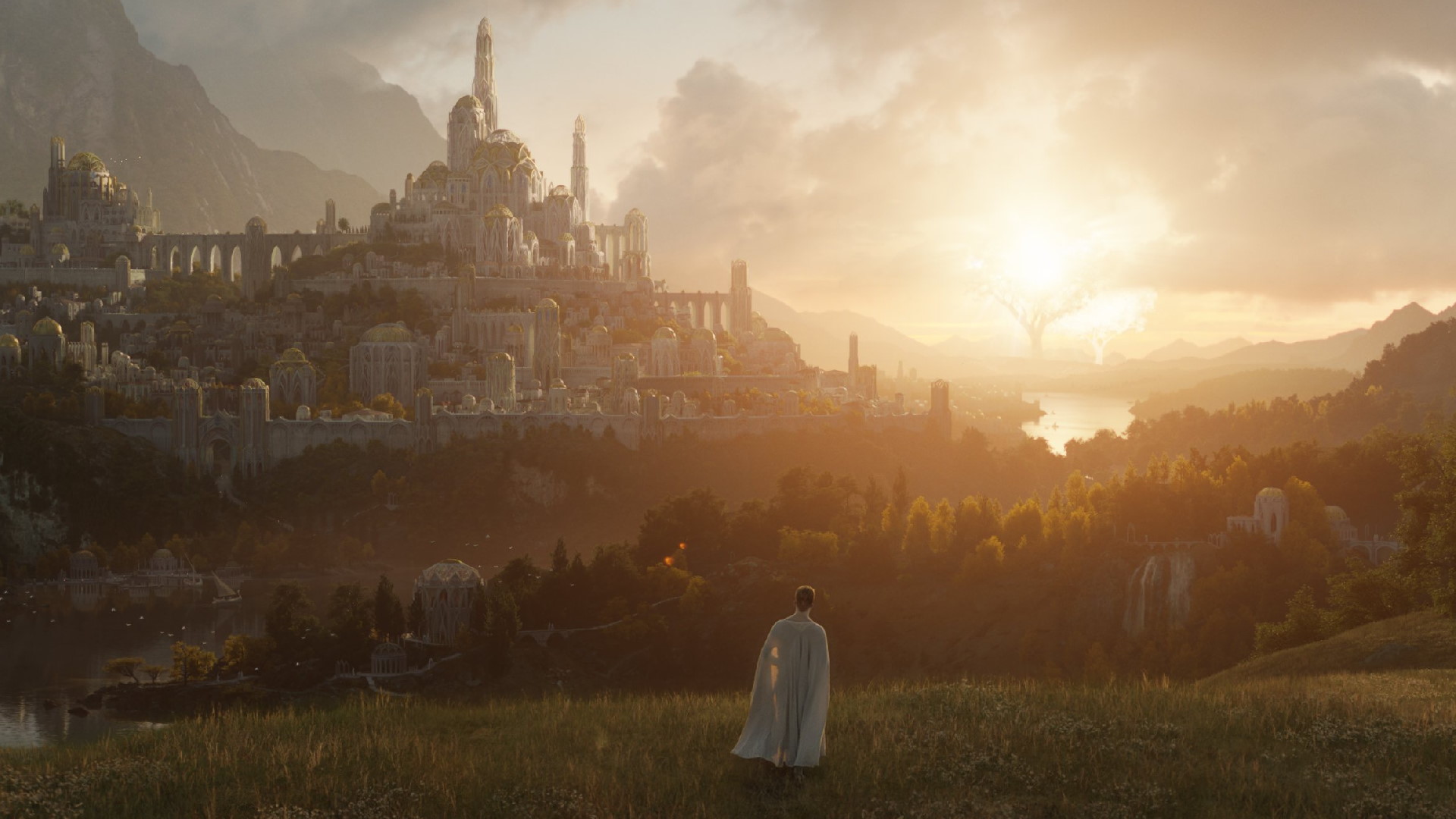 Okay, so Morgoth, Ungoliant, and the Two Trees’ story is intriguing — or is it just perplexing? Perhaps both. In any case, we’re attempting to figure out if Amazon’s graphic foreshadows the destruction of the Two Trees. The show looked to center on the Second Age of Middle-earth history before Amazon posted the image, an era that happens before “The Lord of the Rings” but also begins more than 500 years after “The Years of the Trees” concludes.

In March 2019, Amazon went so far as to announce it on Twitter, posting a map and writing, “Welcome to the Second Age.” To put it another way, they’ve been talking about a Second Age story for years, and then they release a first-look image that appears to take place hundreds of years before the story they’re supposed to be covering. The entire issue is perplexing.

Various leaks and rumors have revealed that “The Lord of the Rings” TV show may have access to use this previous footage in some form or another, even if it’s merely referencing it in a flashback sequence. The only thing that is certain is that Amazon Studios keeps its cards close to its chest. Given how close to the launch we had to wait for a Wheel of Time trailer, it’s likely that we won’t learn anything about the Middle-earth drama for several months.

In Some Regions, “Elden Ring” Will Be Available On PC Before Console.