“Elder Scrolls VI” Video Game Will Be Released on November 11 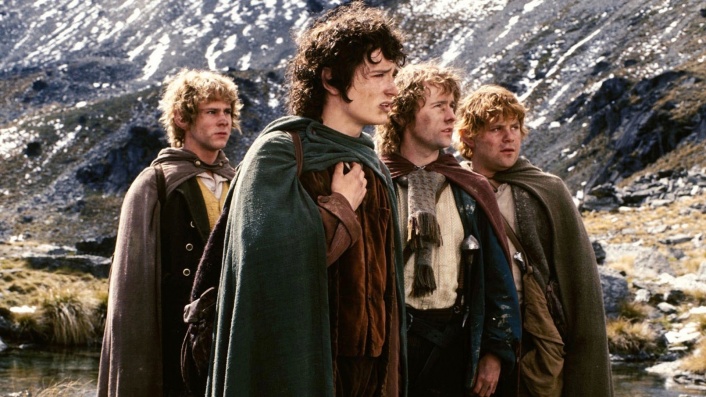 According to Sir Lenny Henry, the next “The Lord of the Rings” TV show will have Hobbits who aren’t white. The epic fantasy trilogy featured Frodo Baggins, a hobbit on a heroic journey to destroy the Ring of Power and save Middle Earth from the Dark Lord’s oppression. Peter Jackson’s film adaptation of J. R. R. Tolkien’s literary masterwork is widely regarded as one of the most successful and popular film franchises of all time, and the films’ popularity encouraged a similar adaptation of The Hobbit a few years later.

“The Lord of the Rings'” legacy has endured long after the films have ended, with many people comparing modern imaginations to the age-old classic. Amazon’s “Lord of the Rings” TV show adaption will premiere on the Prime Video streaming platform in September 2022, according to reports. The highly anticipated series has reportedly been in development for years, and it is expected to be one of the most expensive television shows ever produced in terms of both production expenses and manpower.

Now, one of the show’s performers, British comedian Sir Lenny Henry, has applauded the show’s increased diversity, which includes the addition of black hobbits. The 63-year-old took part in a discussion on BBC Radio 4’s Saturday Live show about the new series and his role in it. According to Bleeding Cool, Henry discussed the distinctions between the show and the film series, as well as how this adaptation will place a stronger emphasis on diversity and female empowerment.

Read the actor’s quote below:

“I’m a Harfoot, because JRR Tolkien, who was also from Birmingham, suddenly there were black hobbits, I’m a black hobbit, it’s brilliant, and what’s notable about this run of the books, its a prequel to the age that we’ve seen in the films, its about the early days of the Shire and Tolkien’s environment, so we’re an indigenous population of Harfoots, we’re hobbits but we’re called Harfoots, we’re multi-cultural, we’re a tribe not a race, so we’re black, asian and brown, even Maori types within it.”

Despite the fact that Amazon has yet to produce a trailer for their “Lord of the Rings” TV show, there is already a lot of information about the series despite the fact that it is still a year away from release. The program will be set 1,000 years before the events in the films, allowing the writers to explore fresh stories with characters that have yet to be introduced to the public. Galadriel, Elrond, and Sauron will all appear in the show, but there will be a slew of new characters, including Oren, Beldor, Tyra, and Trevyn, who will be unfamiliar to viewers. Although Peter Jackson’s “Lord of the Rings” films featured a predominantly white cast, it’s evident that Amazon is attempting to diversify its characters.

With shows like The Boys and Invincible, Prime Video has risen to the top of the streaming battles, and “The Lord of the Rings” should be another show to boost their subscription numbers. Even though Peter Jackson’s first “Lord of the Rings” film was released 20 years ago, the saga continues to be extremely popular. While fans will always enjoy characters like Frodo and Sam, it will be a refreshing change of pace to witness more diversity in such a popular location as Middle Earth. Regardless of what Amazon does, if the program deviates too far from Jackson’s vision, it will be panned, but a focus on diversity and female strength should be a welcome shift in the “Lord of the Rings” universe.

Why Fans Hate Teachers On A Reboot Of The ‘Gossip Girl’