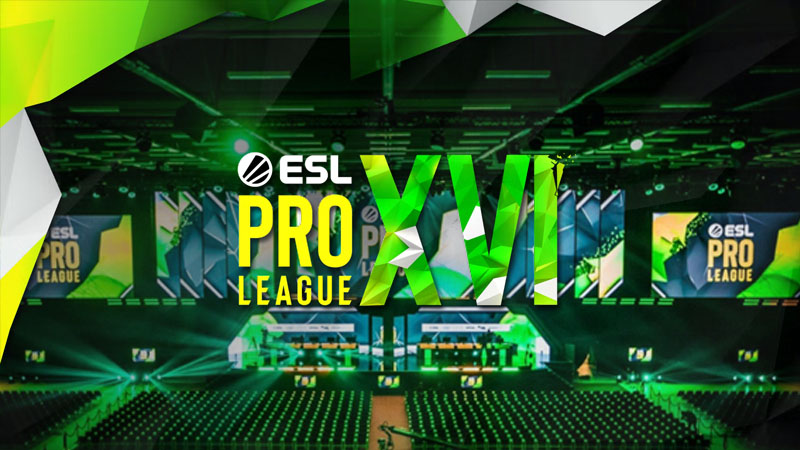 Group D at the ESL Pro League is shaping up to be the most clear cut of them all. We have three clear favorites facing underdogs in what should look like an easy day for CS:GO betting. We break down our predictions and reasoning below, and you can make your assessment on what markets fit best.

The odds we feature in today’s selection are courtesy of Midnite. After a very successful opener against Evil Geniuses, Cloud9 is back in action in order to secure the #1 spot in their ESL Pro League Season 16 group. On the other hand, Eternal Fire is coming to this match with five straight victories and they definitely have something to prove in this one.

It is going to be quite tricky to predict what Cloud9 will bring to the table when it comes to map pool. We do know one thing for sure, Cloud9 is definitely permabanning Nuke as they never play this map. To make things even better, this is one of the best maps for Eternal Fire. There is a big possibility that Dust 2 and Vertigo are coming into play and in our opinion, this is a good thing for sh1ro and his squad.

Let’s summarize all of this. Cloud9 already proved that they are fired up for this season of ESL Pro League as they demolished Evil Geniuses. They have a proven record of beating top teams while Eternal Fire often struggles against top contenders. The safe money is definitely on Cloud9 to win this match, but if you want higher odds, you should probably go for a 2-0 win.

After a spectacular showing at IEM Cologne 2022, we expect a lot more to come from Movistar Riders. However, as it always happens, they totally flopped coming events and they are currently sitting on five defeats in the last six games played. The sad thing about it is that they faced off against low tier opponents and still lost.

FURIA, however, found their footing in recent matches as they have two victories in the last three games played. Since both teams do not play Dust 2, map veto is going to be fun for this one. Maps like Vertigo and Inferno are likely to be in contention alongside Nuke.

At the time of writing, esports betting sites are labeling FURIA as a decent favorite in this match. To be honest, we completly agree with that. Movistar Riders are in a slump right now and the fact that they lost to teams such as ECLOT, SC, and B8 is not helping them at all hence why we are going for FURIA to win this match.

Since Evil Geniuses already played their opener against Cloud9 where they did not stand a chance, we believe that this is yet another match where they will be outclassed. In recent two games, Liquid is firing on all cylinders and they are playing on a high level.

The same can’t be said about Evil Geniuses who struggled to connect rounds against Cloud9. It is also important to mention that these two teams competed against each other on six maps. Bear in mind that five of those maps went into Liquid’s favor and that says a lot about this match.

By removing Ancient, Evil Geniuses are leaving themselves exposed to Vertigo and Mirage that are for sure going Liquid’s way. The only realistic chance of winning for Evil Geniuses is probably on Overpass as they have a good record there.

All in all, we do not think that Evil Geniuses have what it takes to beat Liquid in this one. They did not show much against Cloud9 and we are expecting a similar results for this match as well. Sadly, odds are not as rewarding but they represent a nice boost for your accumulators.

We are looking at x2.26 return for a three-fold with three fairly straightforward matches and clear favorites. Not a bad haul to kick this group off.