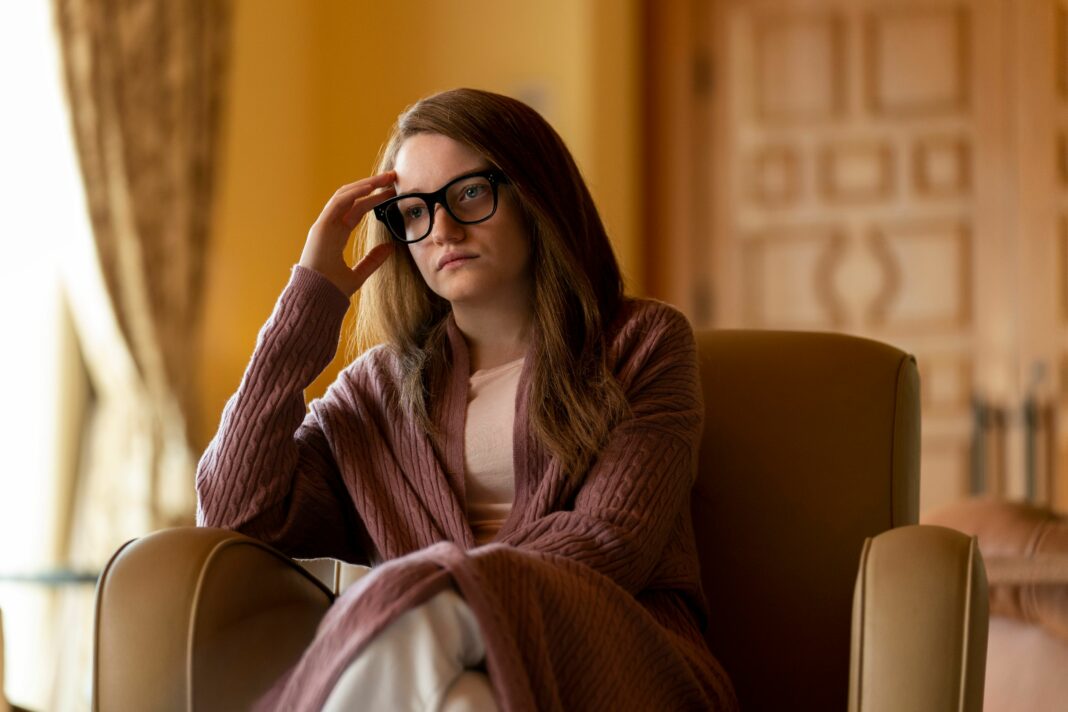 As we get the culmination of certain plot points, the meeting of timelines, and set up for the next and final episode of the season, there are some interesting pivots throughout the penultimate episode of “Inventing Anna”, moments where you think things are going one way and then something else happens or is revealed and things change.

While the past timeline we’ve been watching unfold all season, the one depicting Anna Delvey’s rise and fall as chronicled in Vivian’s article, finally connects with the present day of episode one (Anna’s indictment), the episode still jumps back and forth in time — because the new present-day is two-ish months after the birth of Vivian’s article and human baby, and the present-day plot also includes deep flashbacks to Anna’s teenage years in Germany

Why? Because Vivian can’t let go of Anna Delvey, in a nutshell. (Can anyone do it? This show is set to premiere three years after most of us first heard about Anna Delvey.) She believes that the majority of people missed the purpose of her narrative, which went viral, and that she may have missed it as well. It doesn’t help that Anna says this to Vivian when she comes to see her with the magazine in her hand. Anna has wiggled her way into Vivian’s heart and mind, and this, combined with an incident that occurred while Anna was at the Chateau Marmont in Los Angeles, prompts Viv to take a break from her maternity leave and fly to Germany to investigate Anna’s family and report a follow-up story, a.k.a. jump to conclusions all over Germany.

Vivian’s time in Germany is a case study in the Anna Delvey effect, with a recurrence of the Donovan Lamb predicament pricking at the back of her mind. Vivian lets her imagination run wild about Anna’s origins as she and her translator, a Turkish-German journalism student, wander across the small village Anna grew up in, collecting a lot of whispers and gossip. The reason for her mad goose chasing becomes obvious when she finally interacts with Anna’s parents – by stalking them. Vivian is persuaded that there must be some clue, something dark, in Anna’s past, following her apparent suicide attempt in Los Angeles. But, as much as we like to think we mold our children, Anna’s mother gently reminds her that Anna was always a stranger under their roof. Vivian is cautioned by her to let Anna leave.

Vivian abandons her follow-up piece and nearly lets Anna go until she obtains a copy of Anna’s L.A. hospital records from Anna’s father, who can’t stop wondering why Anna would harm herself after drinking wine and consuming an entire bottle of Xanax at the Chateau Marmont. Vivian visits Anna at Rikers and offers her another option: “Kill Anna Delvey.” Put an end to the ruse. Stop acting like you’re someone else. Accept responsibility for your actions and return to Germany to be with your family.” But, please, that’s not Anna’s style, and it’s not a story she wants to tell or live. In the season finale, we’ll discover how she anticipates her next chapter playing out.

And here’s the deal with the L.A. Anna ruse: Anna checked into the Chateau Marmont in 2017 after escaping to Los Angeles at the end of episode seven, staged a suicide attempt, made a phony tale about an abusive, alcoholic father back in Germany, and got herself accepted to rehab — which paused her about-to-expire visa clock and bought her time. Unfortunately for her, she continued to publish #bestlife Instagram photographs, which irritated Rachel even more and led to Rachel cooperating with the DA’s office in a sting to have Anna arrested. As a result, two timelines have merged: Anna is indicted and attempting to become the Queen Bee of the Rikers bus, Kacy is removing herself from the Anna Delvey narrative for her own sanity, Neff is shocked by Anna’s descent and suspicious of Rachel’s role in Anna’s arrest, and Rachel is… kind of pleased? To be honest, I agree with Neff that Rachel is bothersome in general, however, I see why she is enraged by Anna.

The blue-tinted deep flashbacks to Anna’s adolescent years don’t add much to the episode, especially as some of them appear to be true, while others appear to be imagined or exaggerated by the gossip and tales Vivian picks up on her journey to Germany. They do, however, corroborate one of Anna’s claims to the doctor in Los Angeles: Anna was preoccupied with studying fashion magazines when she was younger in Germany. In the years covered in Vivian’s article, you can see the early breadcrumbs that led to her becoming the Anna Delvey of New York.

Who knows where Anna Delvey’s next adventure will take her. Anna appears to be certain that the answer is “somewhere.” But I’m sure the court will weigh in on the matter. (Of course, we already know how the real-life Anna Delvey’s trial ended — but still.)

The New Game Plus Feature In “Dying Light 2” Comes This Week, With A New Objective And Monsters

The Stand Summary: The Valley of Death