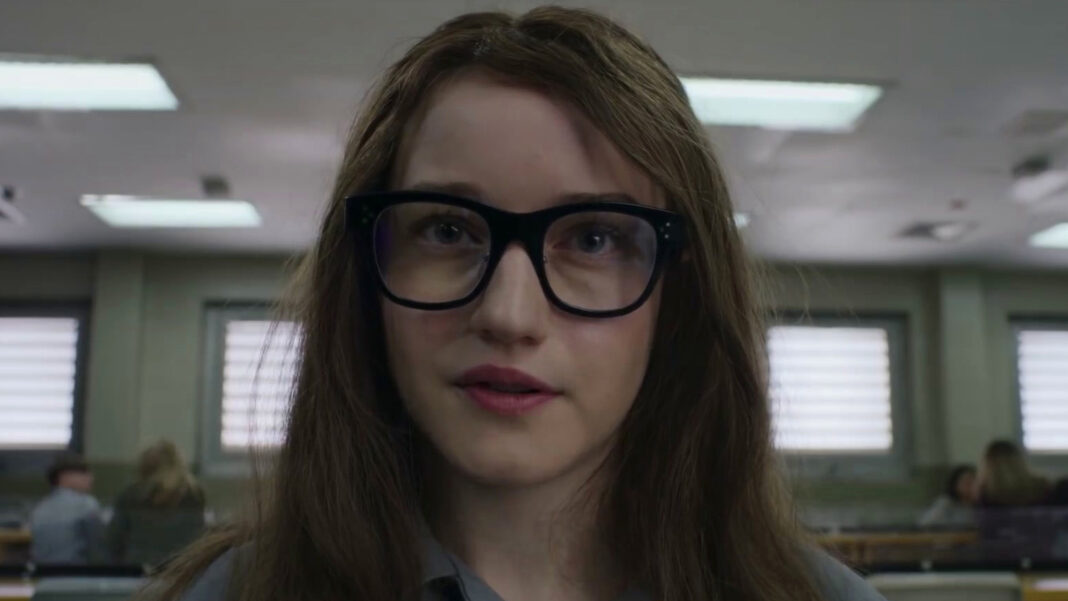 As Anna’s descent accelerates and the timeframes become increasingly entwined, the past and present begin to blend in this episode. As the episode winds down, everything comes together – Rachel walks into the DA’s office and says, “I want to tell you about my buddy Anna.” As Anna flees a bench warrant and boards a flight to Los Angeles, I assume she’s a con woman.” Vivian’s article baby and actual baby are both born in dramatic fashion in the show’s present-day (2018). The episode takes its time getting to each of these moments, with much stressing, fretting, and crying in the meantime.

Although Rachel never contacts Vivian for her piece since she’s writing her own first-person account of the Marrakech trip aftermath for Vanity Fair, we do get to see more of her narrative this week, starting directly after Marrakech and moving ahead three months. Rachel spends the three months following Marrakech, to cut a long tale short, in a growing state of terror (and also, kinda-sorta starting to date Noah the videographer). Anna isn’t paying her back (obviously), and she’s spent all of her money on minimum payments on both her personal and company credit cards. Eventually, someone at Vanity Fair notices the Amex situation, and Rachel is suspended and investigated since, from the company’s perspective, she assisted her buddy in defrauding them. Rachel has been in denial for the past three months, having become entangled in Anna’s web of deception. She is adamant that Anna is still her friend and that she will repay her. In this regard, she and Neff (who appears near the end of the episode to remind Vivian and us how much she despises Rachel) are comparable, however, Rachel’s faith appears to be based on blind optimism, whereas Neff’s devotion to Anna appears to be based on a genuine link.

Rachel’s bubble bursts, and after a botched Anna intervention with Kacy and (confusingly) one of Kacy’s customers, Nicole, she begins to speak up at work and goes to the district attorney’s office to denounce Anna. And, of course, she chooses to write her essay for Vanity Fair at some time.

The publishing of such an essay in the present-day of the program throws Vivian and Paul into a tailspin, but with the help of — who else? — Scriberia (who despises Paul and makes it clear), Vivian finally begins writing her article. “It started with money, as it often does in New York,” she writes, and Vivian spends the rest of the episode wearing noise-canceling headphones and writing away. Except when she’s in the hospital and her doctor tells her that labor is on the way, or when she’s interrogating Kacy about the intervention she “forgot” to mention during their prior conversations. Viv finishes the dang thing, despite the spiral Rachel’s essay causes, the fact that she needs to sit on a towel in case her water breaks, and a close call with Kacy deciding she wants “out” of Anna’s chaos and Vivian’s article. Vivian’s water breaks as she convinces Kacy that her quotes would be used but not her name or identifying information, and Jack escorts her out of the office while her coworkers cheer her. She then gives birth, attaining her earlier stated aim of “knowing that she kicked ass and won!”

Is this the most dramatic conclusion to an article and simultaneous birth scenario ever shown in pop culture? We may never know for sure, but it appears to be a strong contender. I’m caught between rolling my eyes at Vivian’s dramatic timing and admiration for her ability to pull it off. Throughout the program, we’re reminded of what’s at risk for her professionally. While she’s in her writing funk, her Scriberia colleagues discuss the Donovan situation, and the episode begins with a slightly altered textual reminder: “This story is completely true… except for all the parts that are total bullshit!” is printed on the front pages of the Post and Daily News, a fun meta twist and commentary on the media as a whole, as well as Vivian’s “bad journalist” moment. Vivian’s impassioned defense of her story to Landon and Paul after Rachel’s piece is published, in which she says her story matters because it’s “about the swindle that is the American Dream in the twenty-first century! I’m talking about the theft of our ideals, the stealing of a presidency, the fetters on female ambition; it’s about why scam culture is here to stay!” … I mean, I was persuaded (so was Landon, FWIW). The show has once again demonstrated why the Anna Delvey story attracts in the first place.

There’s less Anna in this episode than normal — she’s simply text bubbles and voice-over in Rachel’s phone for the first half — but little we do see of her (in the recent past) reveals her house of cards toppling even more than we saw in episode six. While Rachel frantically tries to locate Anna, she is jumping from hotel to hotel, eventually getting jailed when she can’t pay the W Hotel. Kacy, Rachel, and Nicole intervene (is this the verb form of being the subject of an intervention?) and her insulting, gaslighting manipulation falls flat, especially after Kacy and Rachel inform her that 281 Park has been leased to Fotografiska. She spends the entire night on the subway, eating from a Shake Shack bag left on a seat. She meets Todd — as a result of the W arrest — and offers to stay with him, which he rejects right away. She then misses her court date and goes to L.A. after doing some check-cashing fraud. That’s where the episode leaves before-times Anna; in the meantime, present-day Anna is flipping out in her prison cell after seeing Rachel’s piece in Vanity Fair, which a guard has given her.

So Anna’s social decline has accelerated, and she’s on her way to the eventual indictment that lands her in Rikers and launches off Vivian’s entire journalistic career. And with Vivian’s essay being published — the printing press from episode one reappears at the end of episode seven — the Anna Delvey saga is finally coming to a close. When are the two timelines going to collide? Will Todd’s death be the focus of the case? Will the first words said by Vivian and Jack’s kid be scam culture? Only time will tell, as will two more episodes.