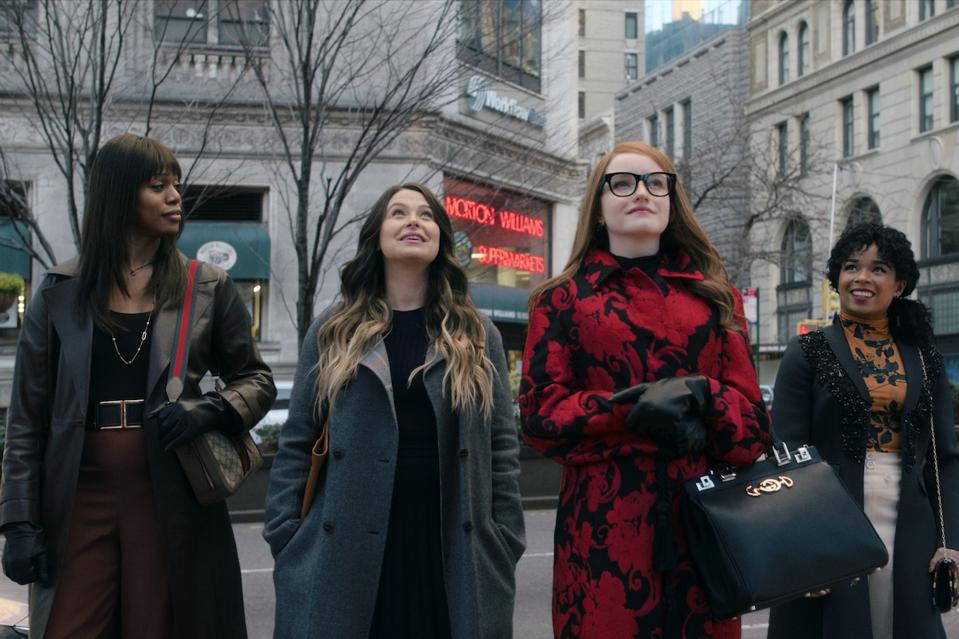 The reappearance of Anna’s friends, who haven’t been seen in a few episodes, is featured in this episode. Mostly Neff, the 12 George hotel’s concierge, where Anna stayed for three to four months after leaving Billy McFarland’s. If the previous episodes concentrated on the parts of Anna’s story told by Val, Talia, Nora, Chase, and Alan Reed, episode five is all about Neff’s. Though it follows the now-familiar pattern, it doesn’t deliver the story as tightly as some of the earlier episodes since there’s a present-day Vivian plot to get through, which, while thematically connected to Neff’s story, slows down the episode’s pace.

When Vivian asks whether she’s visited Rikers, Neff tells her that it’s “ride or die,” and she does seem concerned about Anna’s well-being (she deflects when Vivian asks if she’s visited Rikers, which we saw her attempt in episode two). She also refuses to discuss Anna’s past; she’s only agreed to speak with Vivian about Anna at the hotel. Fortunately, there is a lot of material there, but I felt the episode, which runs over an hour, could have done without the long montage of Anna floating around the hotel “tipping Benjis” while Neff gets her name on various social databases all over New York, especially since Neff has already explained what the databases are and how good she was at getting Anna on them to Vivian.

The most important takeaways from Neff’s time with Anna are how good she is at her job, as evidenced by the fact that she recognizes Aby Rosen’s (who owns both the hotel and the 281 Park building Anna is still courting for ADF) sons in an employee elevator when another employee doesn’t, and offers to have breakfast delivered to their room. And so, as we’ve seen in the previous two episodes, the correct connections can get you anything and anything in this affluent New York environment Anna was living in. And Neff’s ability to lubricate many of Anna’s social relationships (through said databases) quickly endeared her to her. While Neff may have been in it for the big bucks at first, the two became friends after bonding over the industry scumbags they have to deal with, and the rest, as they say, is history. Neff began hanging out with Anna’s company, and their twosome quickly grew to a quadruple with the addition of Rachel and Kacy (cue more montages). Then Anna’s stories began to fall apart, Neff had to spend her hard-earned film-financing money to pay for supper, and the hotel learned they had never received a credit card from Anna upon check-in, leaving her owing almost $33,000. Despite all of these indicators, her boyfriend’s categorical claims that Anna is a hustler, and Anna’s current fraud prosecution, Neff continues to characterize Anna to Vivian as a visionary, as if ADF was about to become a reality.

This appears strange at first until we realize that Neff (together with 12 George) is the only person Anna has ever fully reimbursed. This gets us to another layer of Anna Delvey and the central question of the show: who the hell she is. So far, we’ve learned that Anna is a con artist who can switch between charming, vulnerable, and cutthroat, and we’ve seen her be cruel — she’s been cruel to Vivian about her looks several times — and in this episode alone, she shows off her uglier, entitled, defensive side, yelling at the hotel manager and a waiter, and disparaging the housekeeping staff. But we also know that she calls Todd 16-37 times a day from Riker’s and is irritated when Vivian misses her visits or breaks her promises. And, according to Vivian, Anna stayed at the hotel for so long, longer than she had anywhere before, because of Neff. Is Anna Delvey… despondent? I believe she is because of the way she beams when Neff pays her a visit in prison at the end of the episode. Is it just me, or am I falling into the Anna Delvey trap?

I don’t feel as sorry for Anna as I do for Neff and Vivian, who both cope with friendship disappointments and career difficulties in “Check Out Time.” The “child from the article” issue that was teased earlier in the season reappears in full force this episode, and Vivian spends the entire episode spiraling over it. (She even tries to decline the Scriberia crew’s support and assistance, which is hilarious given they’ve been assisting her with the Anna tale since the beginning.) (Only one. Episode.) Despite Viv’s former friend/editor Paul’s best efforts to persuade her to participate in an American Investigated interview about the Donovan Lamb incident that led to her being labeled a “bad journalist,” she eventually tells Paul to shove it and do the interview himself if he wants to correct the record because he was just as involved as she was.

While I don’t find her storyline particularly compelling (despite Anna Chlumsky’s mastery of emotion), the short fuse it gives Vivian results in some fantastic moments, such as when she tells Todd — who I guess just exists in the show as a sounding board/source of information for Vivian at this point? — that Anna is “a manipulative narcissist.” Or when she appears to be cooling on the whole “fascinating Anna” thing. I’m cooling on it as well, and it could be because this episode is so focused on Neff and her postponed film dreams. While she and Anna may be real friends — and Anna did repay her — I’m still concerned about how invested she is in Anna, even in the show’s present-day timeline, despite the fact that she appears to be doing well in her life. Everyone else Vivian has spoken to so far has put Anna behind them (despite maybe still feeling some concern for her, like Val did). Perhaps the fact that Neff hasn’t implies she’s a fantastic buddy. I can only hope it doesn’t bite her in the buttocks again (and that she really does finish that film).

Why Is Master Chief’s Helmet Being Removed For The First Time Ever In “Halo”?