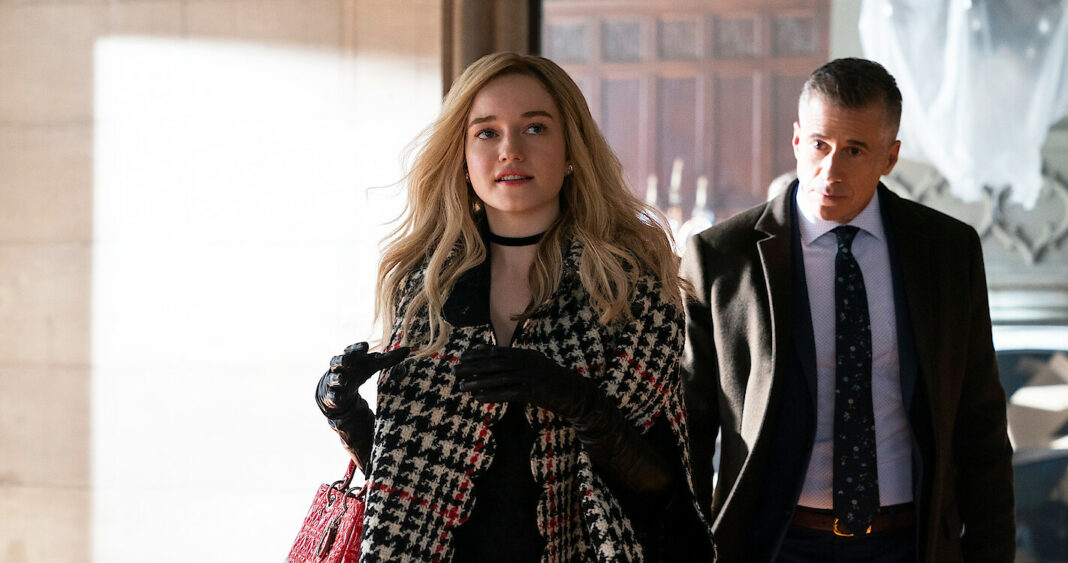 Anna Delvey will not be watching the Netflix series “Inventing Anna”, which is based on her life, because she feels like an afterthought while in ICE prison.

While there is a lot of excitement for Netflix’s Inventing Anna miniseries, the person who inspired it all, Anna Sorokin (a.k.a. Anna Delvey), will not be watching because she is still in ICE prison. “Inventing Anna” is a new drama miniseries that will look at the true story of Delvey, a notorious con artist who stole millions from New York’s elite. On February 11, 2022, the series will launch on Netflix. Julia Garner, who starred in Ozark, will play Delvey in the series, and she will be joined by Anna Chlumsky, Anna Deavere Smith, Anders Holm, and Katie Lowes.

“Inventing Anna”, directed by Shonda Rimes, is based on Jessica Pressler’s essay “How Anna Delvey Fooled New York’s Party People.” It delves into the rise and collapse of Sorokin, who pretended to be a German millionaire heiress named Delvey in order to steal millions of dollars. Delvey’s falsehoods caught up with her after she pretended to be a German heiress and swindled money from New York’s upper society. She was arrested and convicted on eight counts of larceny and theft. The notorious con artist was sentenced to 4 to 12 years in prison and released in February 2021. She was promptly hauled into ICE custody for overstaying her visa, and she remains there now.

Delvey explained why she won’t be watching “Inventing Anna” in a piece published by Insider. Delvey noted that although the rest of the world is seeing Garner’s fictitious version of her life, she is still locked up in an Orange County jail cell. Despite the fact that she had no control over the over-extension of her visa, she remains in detention with no obvious road to freedom. Delvey was visited by Garner while in prison, and she is intrigued by “Inventing Anna’s” interpretation of her narrative, but she “can’t help but feel like an afterthought.” “Inventing Anna” tells her tale, but it doesn’t depict what happened after she was taken into prison by ICE. Take a look at what she has to say:

So no — it doesn’t look like I’ll be watching “Inventing Anna” anytime soon. Even if I were to pull some strings and make it happen, nothing about seeing a fictionalized version of myself in this criminal-insane-asylum setting sounds appealing to me. For a long while, I was hoping that by the time “Inventing Anna” came out, I would’ve moved on with my life. I imagined for the show to be a conclusion of sorts summing up and closing of a long chapter that had come to an end. Nearly four years in the making and hours of phone conversations and visits later, the show is based on my story and told from a journalist’s perspective. And while I’m curious to see how they interpreted all the research and materials provided, I can’t help but feel like an afterthought, the somber irony of being confined to a cell at yet another horrid correctional facility lost between the lines, the history repeating itself.

Delvey goes on to present a really bleak image of her ICE detention in the face of COVID-19 isolation in her essay. Delvey claims she is the sole female ICE detainee in the entire Orange County jail. She is confined to her cell, which she refers to as a “petri dish for viruses and bacteria,” for weeks at a time due to the quarantine isolation. She hasn’t seen a real doctor in over four years since the jail is understaffed. Delvey also revealed that fans of “Inventing Anna” won’t see her new habit of nibbling the skin around her nails to pass the time during another day of seclusion.

Delvey’s reasoning for why she won’t be seeing “Inventing Anna” on Netflix makes sense. The show will depict her unbelievable true narrative of becoming a con artist, but it will fall short of depicting where she is now. Delvey believed that by the time the show premiered, she would have been freed from prison and would have moved on with her life. However, even after paying restitution and serving her prison sentence, her overstaying of her visa and her detention by ICE created another roadblock to her release. Delvey is understandably apprehensive about watching “Inventing Anna”, knowing that her fictitious story will captivate the public’s attention while she remains largely forgotten in ICE custody. While Delvey’s scandal will undoubtedly captivate viewers of “Inventing Anna”, it remains to be seen how much attention her plight will receive in the future.

Previous articleThe Day One Patch for “Dying Light 2” Contains 1,000 Bug Fixes
Next articleEaster Eggs From the Halo Franchise Can be Found In the “Halo” TV Show

“The Dropout”: The First Elizabeth Holmes Actress Was Extremely Dissimilar