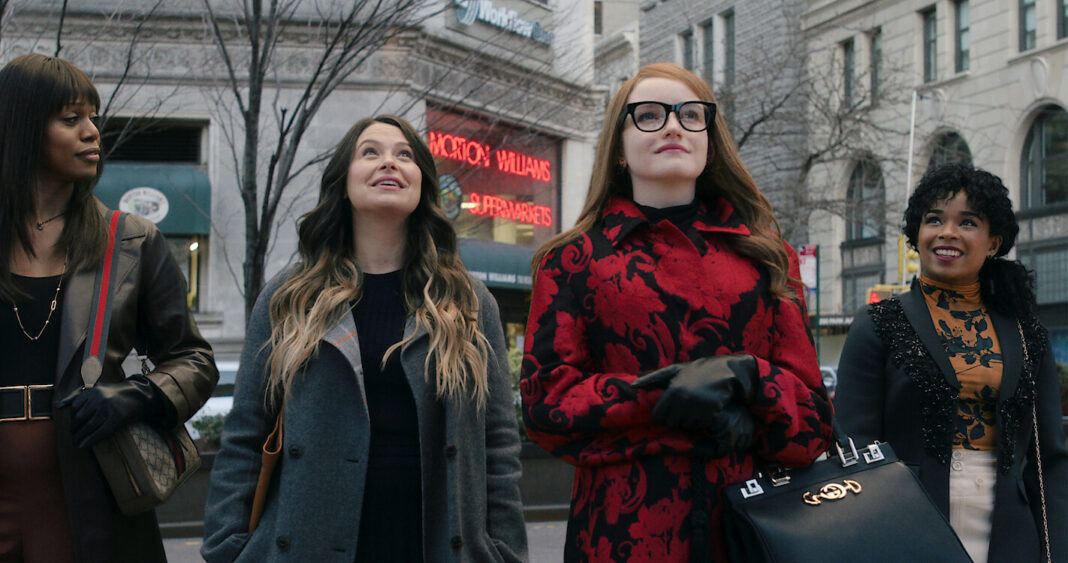 Anna Sorokin, the subject of Netflix’s new show “Inventing Anna”, has used the money she received from the streaming giant to pay off debts she owed to banks, hotels, and acquaintances. Inventing Anna was created by Shonda Rhimes, the famed Grey’s Anatomy and Scandal writer, and is based on Jessica Pressler’s New York Magazine piece “How Anna Delvey Tricked New York’s Party People.” Julia Garner (Ozark) plays Sorkin, and the film covers her rise to the top of the social scene, her vast fraud, and her final fall.

The German-Russian fraudster was found guilty of various charges of larceny and theft in connection with a series of schemes she perpetrated in New York between 2013 and 2017. Defrauding Citi Bank by depositing faulty checks, mailing forged wire transfer confirmation slips to a charter flight, and amassing enormous unpaid bills at various luxury hotels were among the crimes committed. A grand jury was eventually summoned, and she was charged with two counts of attempted grand larceny in the first degree. In 2019, she was arrested and charged with eight counts, including grand larceny, attempted grand larceny, and theft of services. She was given a sentence of 4 to 12 years in jail and is scheduled to be freed in 2021. Netflix and Shonda Rhimes bought the rights to her life story in the year she was imprisoned, paying Sorokin $320,000.

Sorokin has reportedly utilized the money Netflix provided her to pay off her bills, although she may not have much left in the end, according to Insider. The state of New York might freeze the monies Netflix transferred to Sorokin due to the ‘Son of Sam’ law, which prohibits convicted criminals from benefitting after they have done their crime. Judge Richard Platkin of Albany, however, has ordered that they be unfrozen so that she can pay back Citibank, as well as her state fines and legal fees.

Sorokin won’t have much of the Netflix money left after her affairs are in order, given that she has already paid around $223,000 in restitution and $75,000 in attorney’s costs. She will also be responsible for further legal bills after the proceedings in her case are completed. As a result, Sorokin is unlikely to benefit from the TV adaptation. This isn’t, however, the last time we’ll see her narrative dramatized for the big screen.

Several podcasts and book adaptations, in addition to “Inventing Anna“, describe the story of Sorokin’s deception. My Friend Anna is told through the eyes of Rachel Williams, a Sorokin companion who was duped into paying a $62,000 bill at a fancy hotel in Morocco by a con artist. The book’s television rights have since been acquired by HBO, with Lena Dunham attached as a screenwriter. In the real-world Anna Delvey may be able to profit from some of the other adaptations of her life, but the ‘Son of Sam’ statute may prevent her from gaining more money from her crimes.

Previous articleWhat “The Rings Of Power” Trailer Means & Why LOTR Fans Are Spamming It?
Next articleSeason 2 of HBO’s “The Gilded Age” Has Been Confirmed

M. Night Shyamalan is back with thrilling ‘Knock at the Cabin’ trailer