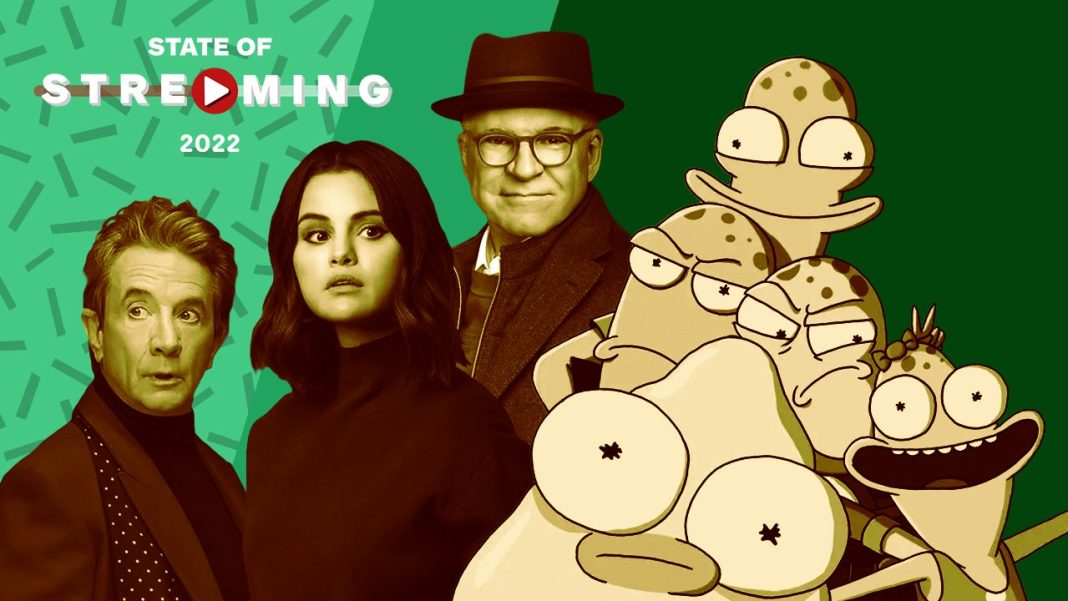 As part of IGN’s State of Streaming event, we’re taking a fresh look at the major streaming services and what they offer subscribers in 2022. You can check out our initial thoughts on the Hulu streaming platform as of 2019, and see what’s changed (for better or worse) in this updated review.

Launching way back in the yesteryear of 2007, Hulu is one of the first streaming services around—and still one of the most esteemed. That esteem comes not just with age, but with a large library that includes a decent array of originals, and an interesting (but expensive) feature that gives you access to on-demand and recently aired programs from major networks to let you truly cut the cord without missing anything. Hulu also differs from its competition through its number of paid plan options. There are four—if you don’t count all the add-ons—ranging from a rock-bottom ad-supported option starting at $6.99 per month, to a mind-bogglingly expensive $75 per month option that bundles in Disney+, live TV, and live sports. But, as Disney moves to buy out Comcast’s 33% stake in Hulu, the future of its diverse catalog has become increasingly uncertain.

Hulu has a vast selection of content, much of which is catered to an older audience. There’s a healthy selection of Hulu Originals, like The Handmaid’s Tale, Only Murders in the Building, The Orville, The Patient, Tell Me Lies, Pam & Tommy, and the brand-new comedy The Reboot. While many of these shows have garnered general buzz worthiness, few have reached the rarified ground of must-watch programming. Besides The Handmaid’s Tale, Hulu has really never had anything to rival Netflix’s Stranger Things, HBO Max’s House of the Dragon, or Disney+’s The Mandalorian.

But it turns out that’s alright, as Hulu really shines in the content it hosts, rather than what it creates. It has become the exclusive home of FX shows, which in terms of pure quality is about as good as it gets. Series like Atlanta, What We Do in the Shadows, and The Bear are must-watch programming and justify a Hulu subscription in and of themselves.

Hulu’s library is also unique in its selection of recently aired on-demand content. Hulu hosts a huge selection of cable and broadcast programs shortly after they’ve aired, including content from ABC, FX, FOX, FXX, and more. Hulu is the only major service to do this; it makes for a great modern-day TiVo experience, and a solid solution for casual viewers and cord-cutters.

These days Disney is much more than Mickey Mouse and Marvel, and Disney’s majority stake in Hulu’s also means you can add ESPN+ to your monthly package at a discount. This is a surprisingly great add-on, featuring a huge selection of live sports, much of which is available in multiple languages. As an avid Major League Soccer fan, Hulu is often the only place I can catch Seattle Sounders games—and that includes YouTube TV.

But with streaming competition as fierce as ever, the concern is that many big-name broadcasts are liable to disappear from Hulu at a moment’s notice. Earlier this month, Hulu lost a huge assortment of Comcast content, including Brooklyn Nine-Nine, Real Housewives, Top Chef, Vanderpump Rules, and Keeping up with the Kardashians. (Many shows are moving to Peacock as part of Comcast is selling its 33% stake in Hulu to majority owner Disney.)

Hulu’s interface is intuitive and familiar. The top navigation bar lets you quickly filter between TV, Movies, News, your saved programs, and “Hubs”—which gives you quick access to content grouped by the production company—ranging from Adult Swim to Searchlight Pictures. Subscribing to the Live + ESPN+ programs adds another category, Sports, to the top navigation.

Hulu can stream in different qualities, but without granular options. There are two quality control settings to choose from: Data Saver, which is meant to limit data consumption if you have a stingy bandwidth cap, and Best Available, which does what it says. (You can also choose to use cellular data or only stream while connected to Wi-Fi on mobile devices.)

When selecting Best Available, Hulu’s streaming resolutions and bitrates will automatically jump between the following:

Hulu’s originals can also be streamed in high-dynamic range (HDR), HDR10, HDR10+, and Dolby Vision on select devices. Hulu makes the decision to serve you high-quality content based on your bandwidth, so if you’re only interested in 4K video, unfortunately, there’s no way to make certain that you’re getting it other than to ensure your connection is strong.

It’s worth mentioning that Hulu is also awfully restrictive about how many people use its app at any given time. Unlike Netflix, where passwords are often shared and users are rarely booted, Hulu will start kicking people as soon as any more than two begin tuning in at once. Plenty of households with three or more people may find this a bit too restrictive, and I’ve been booted from watching a program more often than I’d like.

Hulu has a range of subscription plans, and—despite a price increase coming on October 10th—it remains one of the more affordable streaming services out there.

Things get interesting with Hulu’s more expensive packages. There’s a Disney+ & ESPN+ bundle for $19.99 a month that is (weirdly) only available on Disney’s website, as well as an ad-supported bundle with live TV that costs $69.99 a month, or ad-free for $79.99 and adds live TV, Disney+, and ESPN+ to the mix. This is remarkably cheaper than creating this package separately (which would run you around $31 per month, before even adding TV) however it’s worth noting that Hulu’s live TV is not quite as robust as its competitors’, featuring around 75 channels as opposed to YouTube TV’s 85.

Previous articleFace-Off: What Is the Best Disney+ Original TV Series or Movie?
Next articleHow to Watch Rick and Morty Season 6 Online – Episode Release Schedule and Streaming

Hailey Bieber: Justin ‘closed a chapter’ with Selena Gomez before our marriage