The “House of the Dragon” trailer could be linked to Arya’s death at the hands of the Night King in Game of Thrones. “House of the Dragon” is the first of many proposed Game of Thrones spinoffs, taking place about 200 years before the main program and focusing on House Targaryen. Given the timeline, it’ll be a very different program with a completely different cast of characters, but some elements will be familiar to viewers.

There will be familiar themes and imagery, as depicted in the “House of the Dragon“ teaser. The Iron Throne, in particular, will play an important role in the prequel’s plot, as the war for the throne leads to the Targaryen Civil War, also known as the Dance of the Dragons. That moniker, fairly revealingly, shows still another crucial way in which this will be similar to Game of Thrones, since spectators may expect even more dragon action than Daenerys Targaryen offered. 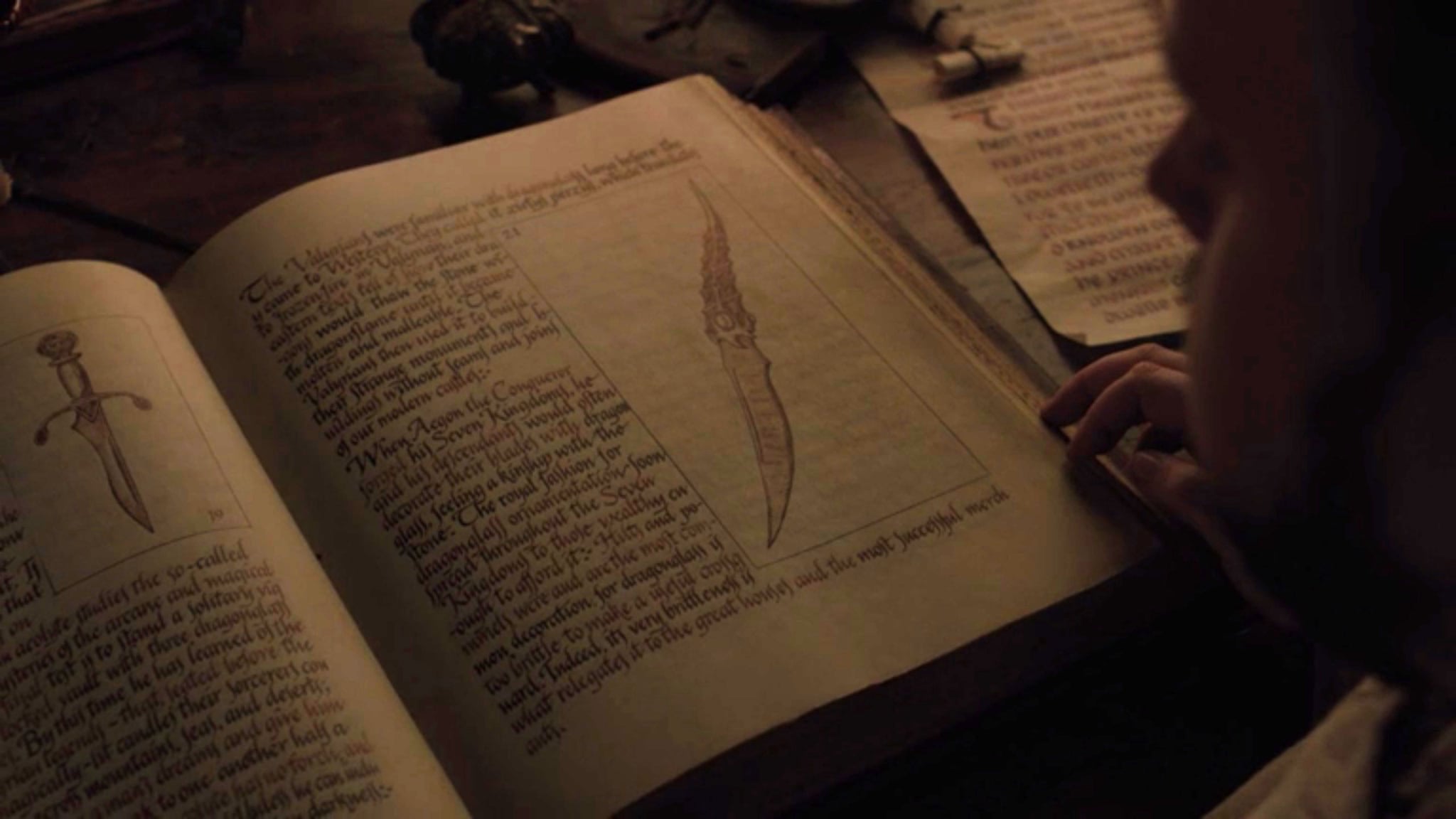 That raises the question of what the Valyrian steel knife from Game of Thrones would do in “House of the Dragon”, although its inclusion would make sense. Despite the fact that the dagger once belonged to Littlefinger, its roots are unmistakably larger. The fact that it’s made of Valyrian steel and has a dragonbone hilt refers to Valyria and, most likely, the Targaryens, implying that it was most likely passed down through the generations before ending up in Littlefinger’s possession following the death of the Mad King, Aerys II Targaryen. Of course, it was then passed on to Arya, who was ultimately responsible for the Night King’s death. In season 7 of Game of Thrones, Samwell Tarly finds an illustration of the dagger in a book at the Citadel that reads:

“When Aegon the conqueror forged his Seven Kingdoms, he and his descendants would often decorate their blades with dragonglass feeling a kinship with the stone. The royal fashion for dragonglass ornamentation soon spread throughout the Seven Kingdoms to those wealthy enough to afford it. Hilts and pommels were and are the most common decoration for dragonglass if too brittle to make a useful crossguard. Indeed, its very brittleness is what relegate it to the great houses and the most successful merchants.”

That lends credence to the theory that the Valyrian steel dagger originated with House Targaryen, possibly even Aegon himself. Of course, it’s possible that the weapon in “House of the Dragon” is merely a copy of the one in Game of Thrones, but given the programs’ shared DNA and how neatly it fits into the tale, it’d be reasonable to assume they’re the same. That’s the kind of lighthearted remark “House of the Dragon” may make, as long as it serves a purpose in the tale and isn’t too obvious in its wink at the audience. In terms of how it fits into the prequel’s story, it’s possible that the scene in question is the one where Alicent’s son, Aemond, loses an eye in a fight with the children of her rival, Rhaenyra Targaryen (Emma D’Arcy), further dividing the family and stoking the fires that will eventually erupt into the Dance of the Dragons.

See the trailer below: