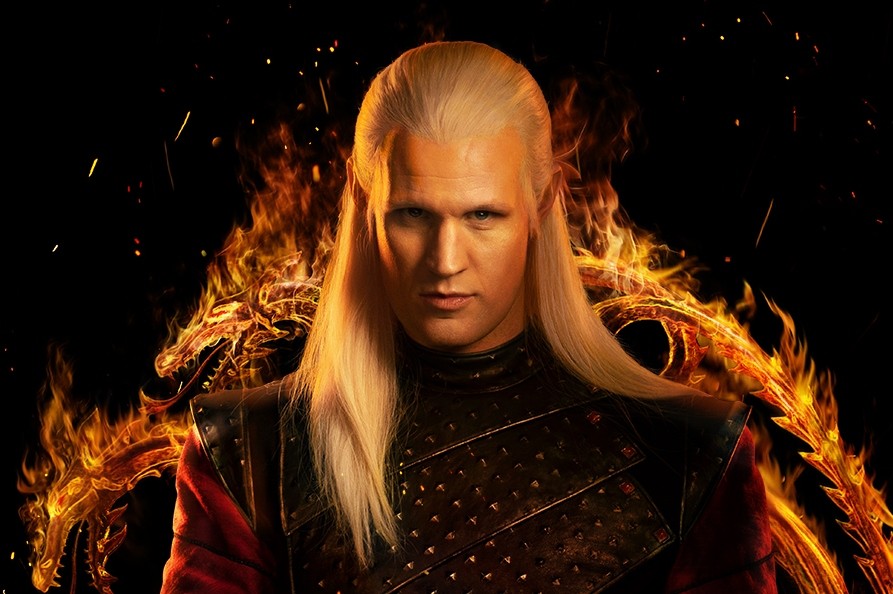 The Targaryen Civil War premise will be one of “House of the Dragon‘s” greatest assets since the entire realm will be divided between two heirs of King Viserys I. Unlike Game of Thrones, which began with five monarchs competing for the Iron Throne, spectators will only have to choose between Princess Rhaenyra Targaryen and Prince Aegon II Targaryen. The timeline for “House of the Dragon” will begin long before the Dance of the Dragons in 129 A.D., with both Rhaenyra and Aegon II’s childhoods in King’s Landing depicted while their father rules as King of Westeros. The two protagonists contending for the Iron Throne will thus have particularly strong character development, with “House of the Dragon” setting the future trajectories of Rhaenyra and Aegon II Targaryen very early on.

Unlike Game of Thrones, “House of the Dragon” will be able to depict the genuine process of the successor to the Iron Throne being groomed for his or her reign from an early age. Rhaenyra Targaryen of “House of the Dragon” will be presented from her childhood to her war for the Iron Throne with her younger half-brother. Viserys, Rhaenyra’s father, assumed the Iron Throne when she was just six years old, and she was his only child at the time. Viserys I Targaryen’s formal succession to the Iron Throne had long been established, with the king even calling noble lords and women to swear fealty to Rhaenyra as his lawful successor. Rhaenyra is a unique example in that she was Viserys I’s first and only decreed successor her entire life, with her training for the Iron Throne beginning soon after her father was crowned King of Westeros.

Sitting on the Iron Throne, which comes with far more preparation, obligations, and training than being the heir to a lordship, might be the most terrifying or exhilarating prospect for a kid who is first in a line of succession. Audiences will be able to follow Rhaenyra’s journey of being raised expressly in preparation for the Iron Throne for the first time, providing a far deeper grasp of Westeros’ greatest monarchy. “House of the Dragon” will increase audience interest in the importance of wearing the crown at King’s Landing by presenting Rhaenyra’s lifelong development as the real successor to the Iron Throne.

A Child Raised For The Iron Throne Was Never Shown On Game Of Thrones.

While Game of Thrones showed a few adults preparing to take the Iron Throne right away, it never showed a child being nurtured in preparation for the job. Even though Joffrey will become king before the end of Game of Thrones season 1, the series didn’t focus on his training to succeed Robert Baratheon because he was already 16 years old when spectators first encountered him. Similarly, despite the fact that Tommen was Joffrey’s heir when his brother won the Iron Throne, Cersei’s youngest child was a minor part until King Joffrey Baratheon died, with the character barely learning how to rule.

The only time a young child was shown preparing to take over a noble role as the first heir in Game of Thrones was when Bran Stark was Lord of Winterfell and Robb was King in the North. Bran was hardly prepared to succeed Robb as king if he died, as the young lord was still learning what it meant to be the Warden of the North, a position that had been assigned to Robb as he grew up. Even Daenerys Targaryen had no idea when she was a child that she would inherit the Iron Throne because her older brother Viserys Targaryen was the next heir. While other figures in House Targaryen’s history were reared as heirs to the Iron Throne and eventually relinquished their titles, Rhaenyra Targaryen aspired to be Queen of Westeros. Not only that, but her claim to the throne was never publicly challenged until King Viserys I died because her father had always maintained that she was his lawful heir, even after Queen Alicent bore him sons. As a result, Aegon II of “House of the Dragon” was never seen as the heir to the Iron Throne when he was younger, with Rhaenyra destined for the position. King Viserys I was rarely seen without Rhaenyra by his side once she became eight years old, which may have provided her with the best preparation for becoming queen.

Audiences will likely see Rhaenyra as the protagonist during “House of the Dragon” season 1 as they watch her develop into a queen and prepare for the Iron Throne. This, of course, means Queen Alicent will take on a more adversarial role, maybe resembling Cersei Lannister in terms of ensuring her own kid, Aegon II, succeeds to the Iron Throne at all costs. As a result, the Targaryen Civil War will be terrible for Rhaenyra, with Alicent and Otto Hightower conspiring to reign Aegon II instead of her. While Daenerys was primarily viewed as a hero in Game of Thrones because of her desire to reclaim her inheritance as the heir to the Iron Throne after her brother died, Rhaenyra is likely to be viewed in the same light due to her upbringing and extensive training for the throne. Rhaenyra’s birthright, on the other hand, will be taken away by her own stepmother and half-brother, making the “House of the Dragon’s” Iron Throne conflict all the more personal.