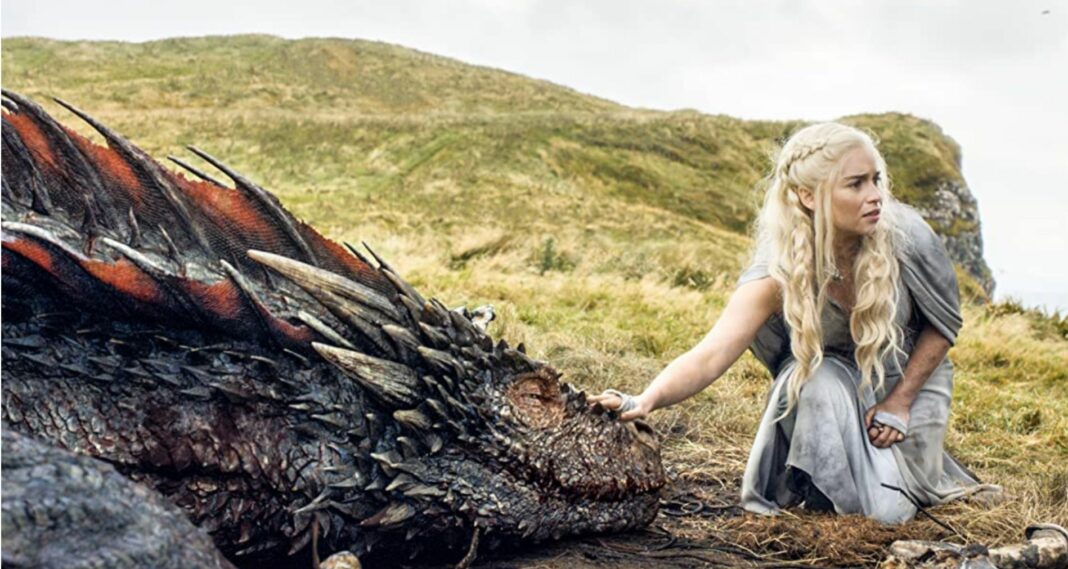 “House of the Dragon” will be adapted, according to George R.R. Martin, but while this offers it an advantage over Game of Thrones, it will still face challenges in converting the material from book to screen. The prequel to Game of Thrones will be based on George R. R. Martin’s Fire & Blood, a chronicle of House Targaryen; specifically, it will depict the story of the Targaryen Civil War, also known as the Dance of the Dragons, which took place about 200 years before the events of Game of Thrones. Despite the fact that Martin is a co-creator on the program (together with Ryan Condal of Colony, who serves as co-showrunner with Miguel Sapochnik), it may still have book issues.

While Game of Thrones began as an adaptation of George R.R. Martin’s A Song of Ice and Fire trilogy, by season 5, it had caught up to and essentially surpassed the books. Martin gave showrunners David Benioff and D.B. Weiss several of his important ending points, but they were left to create the rest of the travels and, eventually, destinations on their own, without the blueprint that had led them for so long. That is often seen as the deciding element in Game of Thrones season 8’s and the overall finale being so divisive, and it’s easy to think things would have turned out differently if Martin had finished the novels before they came to that point.

“House of the Dragon” does not have this problem because the story of the Dance of the Dragons has already been told: unlike questions like who claims the Iron Throne, the winner of the Targaryen Civil War and much of its aftermath has already been confirmed by Martin in his works, so it should not have an ending problem. It does, however, present its own set of difficulties. Fire & Blood is not a novel in the sense that the A Song of Ice and Fire books are, but rather a history book told as if written by Archmaester Gyldayn, who draws on other historical accounts for much of his information, and both of those aspects, while essential to Fire & Blood, will pose some challenges for “House of the Dragon”.

“House of the Dragon’s” narration, in particular, will almost certainly have to be more clear and definite than what has hitherto been given regarding Targaryen history. Much of what is known about the Dance of the Dragons comes from a variety of sources: Gyldayn’s own research and opinions, as well as the writings of two people who were present at the time, Septon Eustace, who served under King Viserys I Targaryen’s reign, and Mushroom, Viserys’ court fool. Both were present for many of the events leading up to, during, and following the Dance of the Dragons, but their accounts are vastly different; the examination of those accounts, as well as the differences in who did what and when not to mention Mushroom’s far more salacious details, all add to the intrigue of this storyline. Unless “House of the Dragon” has some kind of narration (which there isn’t now), it’ll have to essentially show what “actually” happened. That should still be a great story, but some of what makes this history so fascinating, intriguing, and entertaining may be lost.

“House of the Dragon”, likewise, must make this a much more active plot. Although the book reads like a historical record, the Game of Thrones prequel needs to be much more present in its storytelling. That’s not necessarily a bad thing, as it should allow the story to be driven much more by the characters (who can be fleshed out further), but it does indicate that there’s less of a blueprint for this series to work from, which could be liberating but also means there’s a risk of getting things wrong. This is analogous to another book issue Game of Thrones had, which is that A Song of Ice and Fire is narrated entirely through point-of-view chapters, which would be impossible to adapt to television. In that aspect, the program did an excellent job adapting Martin’s writings, and “House of the Dragon” should be able to overcome its own obstacles.