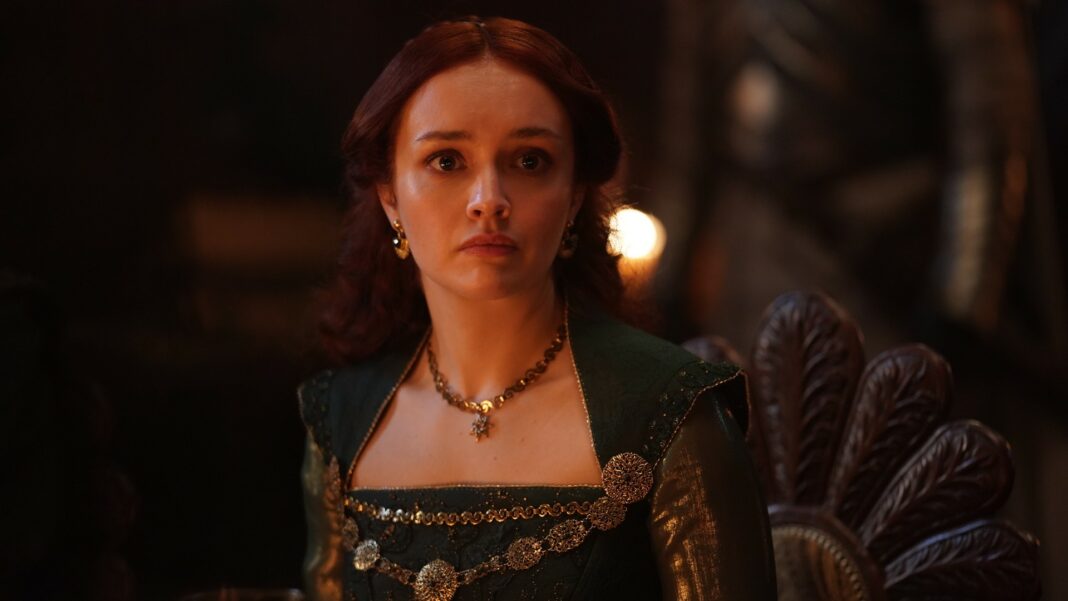 “House of the Dragon”, a Game of Thrones “successor drama” that depicts a Targaryen civil war in Westeros 300 years before the events of the original series, will premiere on HBO on August 21. The show, which stars Paddy Considine, Matt Smith, and Emma D’Arcy among others, is the GOT prequel about which we presently know the most, despite four others reportedly in the works (a moment of silence for the Naomi Watts spinoff that never was).

The first episode of “House of the Dragon” has already received George R.R. Martin’s approval, despite the fact that it will be difficult to live up to the high expectations established by its epic record-breaking predecessor. “I’ve seen a rough cut of the first episode,” says the narrator. And I adored it. Martin stated on his blog, “It’s dark, it’s powerful, it’s visceral… precisely the way I enjoy my epic fantasy.” “Ryan and Miguel have done an incredible job and the rest of the cast… Like GAME OF THRONES, most viewers will only be familiar with a few of the performers, but I believe you will fall in love with a lot of them,” he continued. “(Only for your heart to be broken later when… oh no, that would be telling.)” Here’s all we know about the project intended to return us to George R.R. Martin’s universe, from actors to plots.

What exactly is it about?

The “Dance of the Dragons,” a Targaryen civil war that occurred in Westeros and is mentioned in Fire and Blood and The World of Ice and Fire, will be the focus of House of the Dragon. Two novellas, The Princess and the Queen and The Rogue Prince, focus on this particular succession conflict.

Who has been cast in the show?

Paddy Considine will play King Viserys Targaryen, with Matt Smith as Prince Daemon Targaryen, the king’s younger brother and heir to the throne, and Emma D’Arcy as Princess Rhaenyra Targaryen, the king’s firstborn daughter, as House of Targaryen representatives. Alicent Hightower, the daughter of the King’s Hand, Otto Hightower, will be played by Olivia Cooke (Rhys Ifans). Lord Corlys Velaryon, better known as the Sea Snake, is a nautical adventurer whose house has the world’s largest navy, and Steve Toussaint is scheduled to play him. Princess Rhaenys Velaryon, played by Eve Best, will be his wife. Finally, Sonoya Mizuno will play Mysaria, the prince’s “unlikely ally.” Three photographs of the cast looking very beachy were posted by HBO on May 5th.

Straight from the (probable) set of House of the Dragon, are we looking at the seat of House Velaryon? It DOES look like their sigil (Via Cornwall Live: https://t.co/DMJKuwFmX4) pic.twitter.com/NcRLlupuFm

Where is the show being shot?

Unlike Game of Thrones, which was shot entirely in Northern Ireland, it appears that “House of the Dragon” will be shot in England. According to Radio Times, HBO revealed in 2020 that the production headquarters for House of the Dragon will be at Leavesden Studios in Watford, England (the location of the Harry Potter movie). Fans have also hypothesized that certain sequences may be shot in Cornwall, England, after sighting a Velaryon crest on a stone archway set being built there.

The Daily Mail reported on April 27 that Smith and D’Arcy were observed in costume on a beach near Cornwall’s southwest coast. Smith is clad in black down to his boots, while D’Arcy is dressed in a gown with multiple shades of crimson, which matches the hues of House Targaryen’s coat of arms. Of course, both dragonriders have frosty blonde wigs that would make Daenerys pleased.

When will we be able to see it?

“House of the Dragon” will be available for streaming on HBO on August 21. Last year, HBO released a teaser for the series that included Milly Alcock’s Young Rhaenyra, the all-platinum-blonde Targaryen family, and a dramatic voice-over.

Previous articleViserys Targaryen, King of the Targaryens, Is Seen For The First Time In Images From The “House Of The Dragon”
Next articleThe Most Recent 1.09 Patch For “Horizon Forbidden West” Minimizes Loading Screens