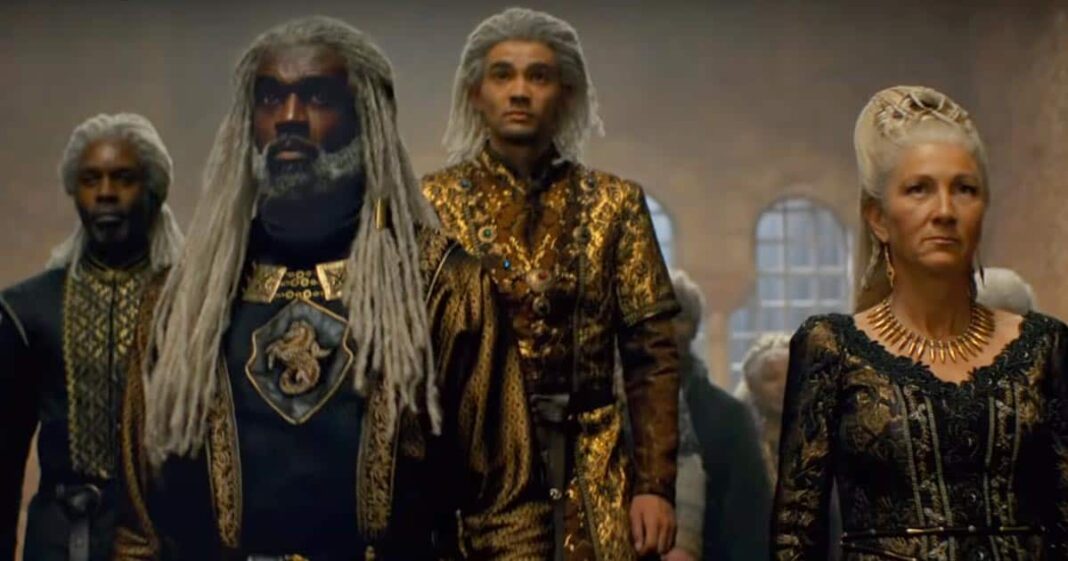 “House of the Dragon”, the new Game of Thrones prequel series, will compliment the original program while maintaining its own distinct tone. After eight award-winning seasons, HBO’s critically praised fantasy series based on author George R. R. Martin’s books came to an end in 2019. While many fans were disappointed with the finale of Game of Thrones and how key storylines were resolved, HBO announced “House of the Dragon” later that year, which will take place 200 years before the events of the show.

Martin’s Dance of the Dragons novel will be covered in “House of the Dragon”, which tells the account of a massive civil war between two competing factions of House Targaryen. Matt Smith, Emma D’Arcy, Milly Alcock, Olivia Cooke, Paddy Constantine, and Sonoya Mizuno are among the next series’ cast members. Dragon will have a 10-episode first season, similar to Game of Thrones, and Martin will serve as Executive Producer. David Benioff and D.B. Weiss, the showrunners of Game of Thrones, will not be involved in the new series.

“I think we were very respectful of what the original show is. It wasn’t broken so we’re not we’re not trying to reinvent the wheel. House of the Dragon has its own tone that will evolve and emerge over the course of the show. But first, it’s very important to pay respects and homage to the original series, which was pretty groundbreaking. We’re standing on the shoulders of that show and we’re only here because of that show. So the most important thing for us to do is to respect that show as much as possible and try and compliment it rather than reinvent it. And I was involved in making the original show, so I feel like that’s been useful. Like, I’m not arriving going, ‘Let’s change everything! Let’s do a different color palette!’ No, I quite like the color palette.

That said, we can’t say, ‘Well, when we did Thrones, we did it this way…’If you start every sentence with that, you’ve lost. This is something else, and should be something else. It’s a different crew, different people, different tone. Hopefully it will be seen as something else. But it will have to earn that – it won’t happen overnight. Hopefully fans will enjoy it for the thing that it is. We’ll be lucky if we ever come close to what the original show was, so we’re just putting our heads down and getting on with it and hoping what we come up with is worthy of having a Game of Thrones title.”

What Sapochnik says about mixing respect for the old series with a tonally distinct approach to the prequel series appears to be true based on the trailer released earlier this month. The setting alone sets “House of the Dragon” apart from Game of Thrones in a number of ways. According to the clip, the show will be set in a new biome with a lot more sand and a warmer climate than usual for Game of Thrones. However, everything from the photography to the audio in the “House of the Dragon” clip so far feels very much like Game of Thrones.

Finally, what Sapochnik advises appears to be the wisest course of action for the show. It would be pretty uninteresting to remake Game of Thrones with a new cast in a different location, but if “House of the Dragon” can strike a balance between the old and the new, it may have a chance to attain comparable levels of success as the original series. With many fans still bitter about the ending of Game of Thrones, “House of the Dragon” would do well to capitalize on what sets it apart and create a whole new universe for fantasy fans to lose themselves in when it debuts next year.