“House of the Dragon” will show “The Dance of the Dragons” known as the civil war in Westeros. This time is known as when House Targaryen has all of their power because of the dozen dragons that they have and they all are ready for war. George R.R. Martin’s book version is written from the perspective of a character named Archmaester Gyldayn. He is a scholar working with incomplete historical records. We hope that the TV version will answer more questions than the book has. 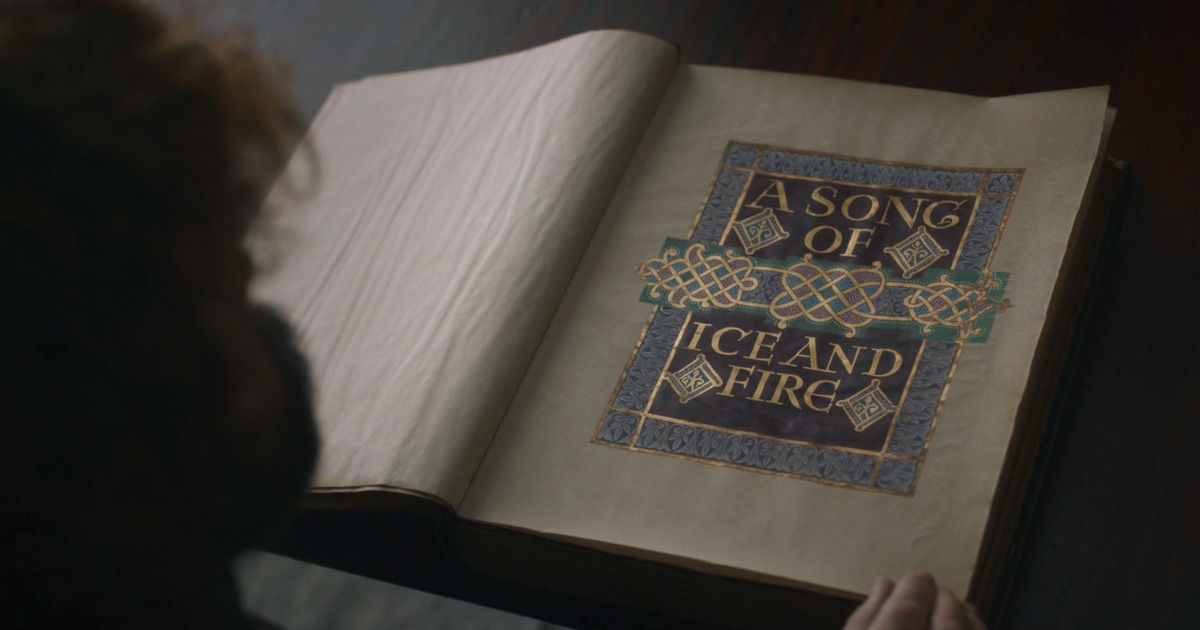 The Seed is “Strong”

“The Dance of the Dragons” story is about the war between Princess Rhaenyra Targaryen and Prince Aegon II. It all began when King Viserys named Rhaenyra his only daughter as heir, but after that, he remarried and had more children. After King’s death, his wife tried to reclaim the throne for her son Aegon who, according to King’s wife, the male heir came first.

Queen based her arguments on rumors about Rhaenyra. Rumors said that the princess had sexual relationships with her Kingsguard knight Harwin Strong and the queen told that Rhaenyra’s children were bastards, born with Strong Blood, but are not her husband’s children who are a distant Targaryen cousin.

We are hoping that “House of the Dragon” will give us answers about Rhaenyra’s sons, Jacaerys, Lucerys, and Joffrey belong and whether they belong to House Targaryen or House Strong.

The Pact of Ice and Fire

In the books, there was a rather interesting episode that might be more intriguing on-screen. A visit by her son, Jacaerys, persuades House Stark to join Rhaenyra Targaryen’s side. According to “Fire and Blood”, Jace becomes good friends with the current Lord of Winterfell, Cregan Stark, and the two spend weeks together.

Jace is claimed to have made the Pact of Ice and Fire with Cregan during his tenure at Winterfell, in which he swears his firstborn daughter will marry Cregan’s heir, Rickon Stark, thus tying his house to the royal family. This deal is never carried out, but many fans believe it has echoes later in the main series.

According to less trustworthy reports from the time, Jace found love at Winterfell. Following the northern custom of the Old Gods, he allegedly arranged a secret wedding with Cregan’s bastard sister, Sara Snow — meaning it wouldn’t even be considered as genuine in the rest of the realm. There may be some dragon-riding blood in House Stark after all, if this purported secret wedding was completed, as we’re told.

Meanwhile, another myth from the time claims that Jace’s dragon, Vermax, laid a clutch of dragon eggs beneath Winterfell’s crypts. This tidbit has piqued the interest of fans, however many are confused about what to make of it or how it may affect the series in the future. We might have to wait till the last two books to gain a clear picture. 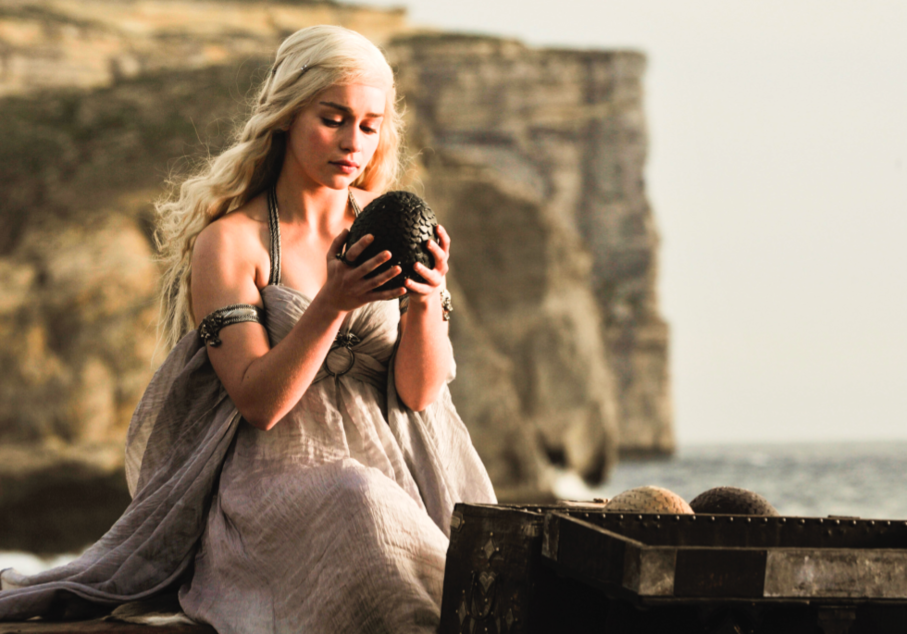 Because it is the only conflict in Westeros that contains dragon-on-dragon combat, “The Dance of the Dragons” is a particularly epic portion of Martin’s history. As a result, dragon-riders were crucial to the Targaryens’ supremacy, and as the conflict progressed, they began recruiting more riders to mount every available dragon.

They turned to the locals, many of whom were descended from Targaryen bastards with dragon-riding blood running through their veins. It was proclaimed that everyone who could mount a dragon and fight for Princess Rhaenyra, regardless of their birth, would be made a noble. Many individuals died trying to mount one of the un-bonded dragons, but a few succeeded, including Nettles, a teenage girl.

Nettles had dark skin and curling hair, indicating that she had very little if any, Targaryen blood. She was determined, though, and she set her sights on Sheepstealer, the world’s most ferocious wild dragon. She is said to have delivered the dragon a freshly slain sheep every morning at its lair until the dragon ultimately trusted her. She grew up to be a fearsome warrior.

Fans will have a lot of questions after reading Nettles, which will not be answered in the context of “Fire and Blood”. Does her mastery of Sheepstealer imply that Valyrian ancestry isn’t required to be a dragon-rider, or does it imply that you only need a smattering of Targaryen lineage to be a dragon-rider? Although we are often reminded that dragons are unlike other animals, does Nettles’ narrative suggest that there is a straightforward way to tame a dragon without the mysterious magic we find elsewhere?

There’s also the potential that Nettles used magic and it was just not recorded by Archmaester Gyldayn. In any case, “House of the Dragon” will very certainly answer this question in a way that the books did not, and fans will have no idea how.

Another dragon mystery that has piqued the interest of die-hard fans is the hue of Vhagar, one of the series’ most recognizable dragons. Vhagar was Queen Visenya’s mount after the conquest, and he went on to fight in many Westeros conflicts until the Dance of the Dragon. However, the hue of Vhagar’s scales is never mentioned at this time.

Given the descriptions of the previous dragons in the series, this seems strange. Balerion the Black Dread, for example, is black and crimson and resembles Daenerys’ Drogon almost identically. Many fans will cheer as Vhagar flies into the frame for the first time, despite the fact that it is a minor detail in the overall scheme of things.

“Fire and Blood” tend to neglect low-born people, such as Alys Rivers, the mystery witch character from the “Dance of the Dragons”, due to its academic nature. Alys appears to cast charms, receive visions, and mesmerize other characters, including members of House Targaryen, throughout the novel, shifting the tides of war in her favor.

Alys first appears in Harenhal, where she is said to be a witch of the woods. Some even speculate that she, like Melisandre in the main series, is considerably older than she appears.

Alys has a sexual relationship with Prince Aemond Targaryen, who is fighting for the Greens, and the prince acts strangely when he is with her. In “House of the Dragon”, hopefully, there will be more time to investigate Alys and her powers – if she even has them.

As previously stated, Nettles and Sheepstealer battle on Rhaenyra Targaryen’s side, attempting to match Dragonfire with Dragonfire. Nettles is paired with Prince Daemon Targaryen as the war intensifies, and the two set out to hunt down opposing dragons.

In their travels, the two are said to begin a love relationship, though this is never proven. This would add another element of complexity to both characters’ situations, especially given their vast age disparity. Prince Daemon is in his 40s at the time of the battle, while Nettles is around 16.

Neither Nettles nor Daemon are ever seen again after the war. After the Battle for the God’s Eye, Daemon is assumed dead, but his body is never found, despite the fact that his dragon’s body is. There are rumors that he fled away to spend the rest of his days with Nettles, but we won’t know for sure unless the program provides more information than the novel offered.

Meanwhile, Nettles abandons Rhaenyra after the princess orders her to be slain as a result of the activities of some of the lower-born dragon-riders. Nettles manages to flee, and she and Sheepstealer fly off into the Moon Mountains. They have subsequently discovered a dwelling in a cave near Arryn’s Vale. It’s also indicated that Nettles is adored by the Burned Men, a clan of wildlings who later become Tyrion’s vassals in the main series.

We may learn that both Nettles and Daemon spent their final days in these mountains, however, this will not be revealed until later in the series. The Dance of the Dragons is a long saga, and House of the Dragon, like its predecessor, should keep the dramatic tension high for a long time.

Finally, many fans are hoping that House of the Dragon would show us Septon Barth, or at the very least his dragon-related writings. The Septon was King Jaehaerys I’s hand and is one of the most well-known individuals from early Westerosi history.

In the main series, Tyrion is always looking for a book called Dragons, Wyrms, and Wyverns: Their Unnatural History, which Barth penned. The majority of copies of the book were destroyed during King Baelor the Blessed’s reign, but happily, the Dance of the Dragon was written before that purge. 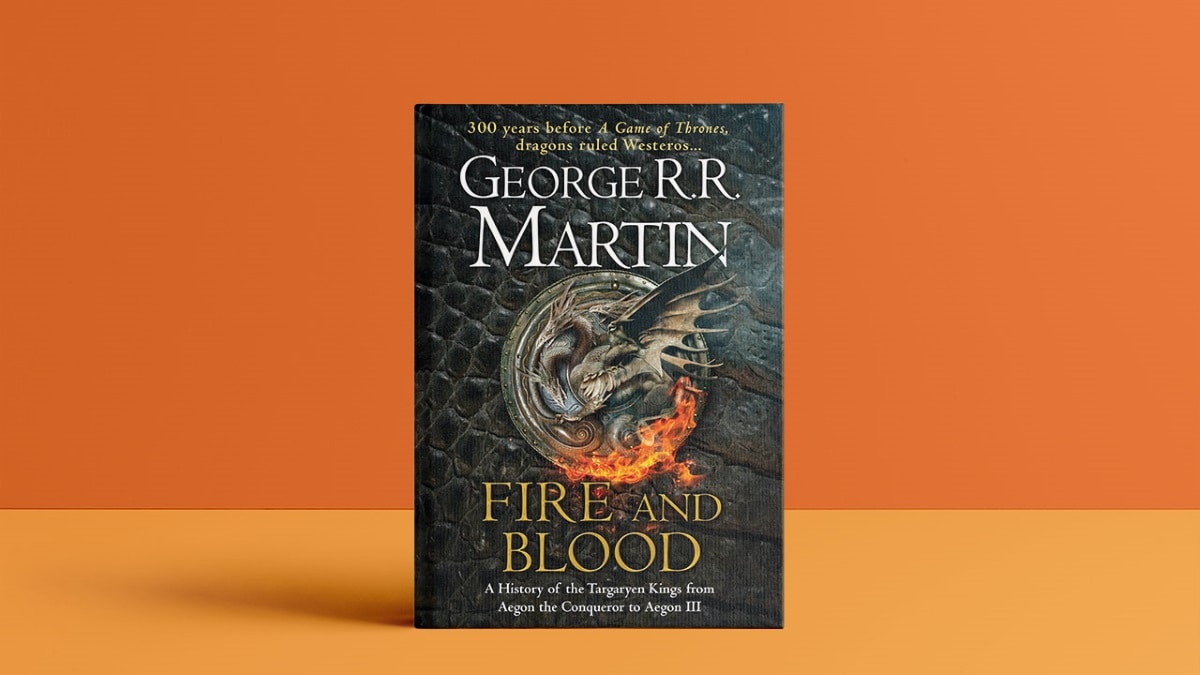 Barth’s book may also be our greatest opportunity of learning more about Aerea Targaryen’s death, which is the most terrifying story in “Fire and Blood”. The little princess disappeared for over a year after fleeing King’s Landing on the back of her dragon. She was critically unwell when she returned, and Barth failed to treat her for fiery, snake-like parasites residing beneath her skin. This is a chapter that fans are eager to learn more about, and despite the fact that it occurred before the “Dance of the Dragons”, many fans are wanting to learn more about it as soon as possible.

Now we have to wait and see if the “House of the Dragon” tv show will unravel these unanswered questions.

As EA Remains Silent On Fixes, the “Battlefield 2042” Player Count Has Dropped Below 2K

In a Mystery Role, a Good Omens Actor Joins The Sandman