The Game of Thrones spinoff “House of the Dragon” narrates the narrative of the Targaryen Civil War, although the first season has already revealed that there won’t be many dragons. 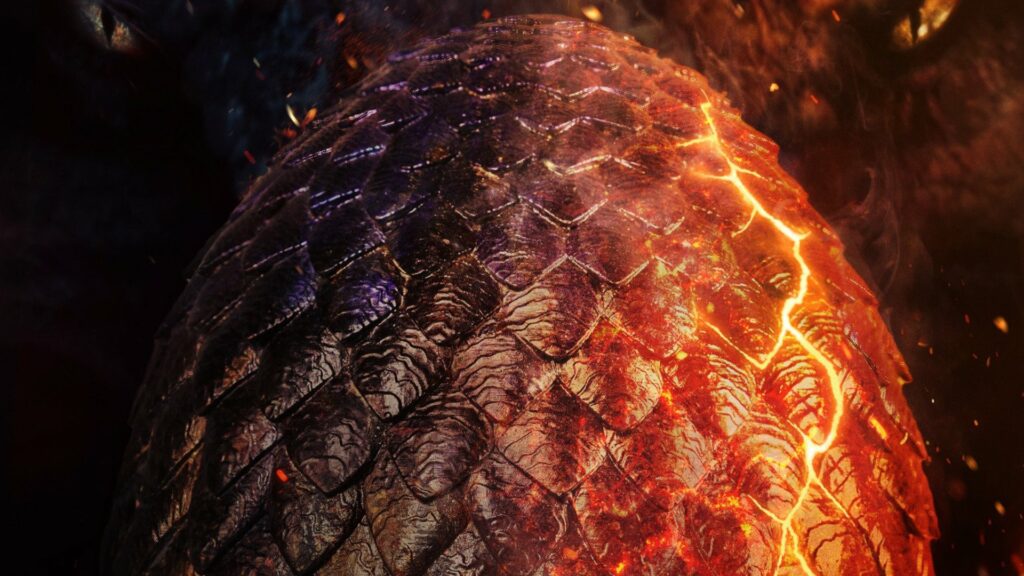 The Dance of the Dragons, which is central to the story of “House of the Dragon“, is a succession battle between two of King Viserys I Targaryen’s (Paddy Considine) children: Rhaenyra (who will be played by Emma D’Arcy, with Milly Alcock as a younger version) and Aegon (who will be played by Paddy Considine) (whose casting as not yet been announced). The Targaryen Civil War divides the Targaryen dynasty, as well as the rest of the Seven Kingdoms, into two camps, each supporting one of the two contenders for the Iron Throne.

Unlike Game of Thrones, where Daenerys’ three dragons were the first to be born in almost a century and theoretically the last to live, “House of the Dragon” maintains a large number of dragons living and active throughout its period. Despite the fact that this was an age when dragons were more prevalent, and the Dance was mostly fought on dragonback, “House of the Dragon”‘s poster, teaser trailer, and other promotion largely avoided portraying any. This feels deliberate, especially the “House of the Dragon” release date poster, which depicts a hatching dragon’s egg with a shadowy dragon lurking in the background, implying that the story is just getting started and the plots of civil war are being hatched, and that there won’t be much dragon action.

It’s reasonable that “House of the Dragon” hasn’t showed a dragon in video thus far – save for a skull in the teaser trailer – since it would necessitate a lot of post-production and expensive CGI, but it would’ve been simple to utilize a dragon more prominently in the poster. The breaking egg in focus, with the dragon just partially visible behind it, appears to be more than a nice design and instead a choice that at least conceptually matches and perhaps compliments“House of the Dragon”‘s plot. Because the Dance of the Dragons does not begin until after Viserys’ death, it is unlikely that it will completely kick into gear until “House of the Dragon” season 2, demonstrating how the tale begins with the dragons waiting to fly into action.

Although the presence of 17 dragons in “House of the Dragon” has been verified, this does not necessarily imply that they will all appear in Season 1. There should still be some dragons flying around, but mostly for transportation; dragons don’t actually engage in the conflict until Rhaenyra’s son, Lucerys, is attacked by Aegon’s brother Aemond, which is a long way into the tale and there’s a lot of setup to go through before then. Viserys is intended to be a prominent character in Season 1 of “House of the Dragon”, and Considine’s casting implies he’ll be around for the majority of the 10 episodes, implying few huge dragon sequences until Season 2.