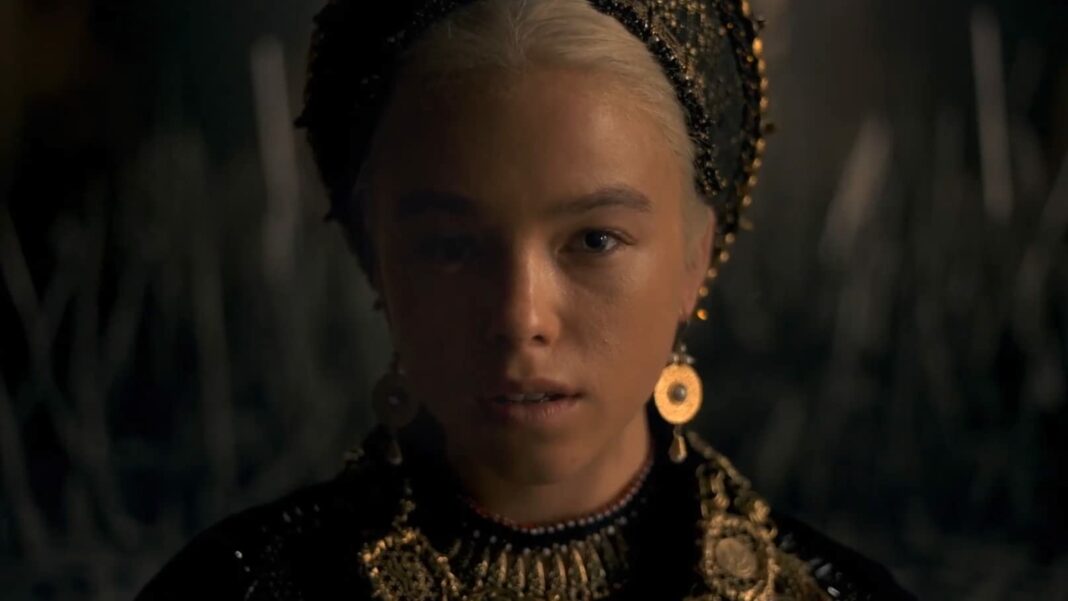 Casey Bloys, the programming chief for HBO and HBO Max, has spoken out over the trailer for the Game of Thrones prequel series “House of the Dragon”. The prequel series is based on George R.R. Martin’s novel Fire & Blood, which chronicles an earlier generation of House Targaryen. Paddy Considine, Emma D’Arcy, Olivia Cooke, Matt Smith, and Rhys Ifans feature in the series.

“House of the Dragon”, based on the 2018 novel, chronicles House Targaryen’s fall from grace and power two centuries before the events of the original series and Daenerys Targaryen’s ascent (Emilia Clarke). Considine portrays Monarch Viserys I Targaryen, the current king of the Seven Kingdoms, while Matt Smith portrays his brother, Prince Daemon Targaryen, and Emma D’Arcy portrays Princess Rhaenyra Targaryen, his firstborn child, and heir. Martin claims to have seen the first “House of the Dragon” episode in a rough version leading up to the Targaryen Civil War known as “The Dance of Dragons,” but fans have yet to see any fresh material. Following the release of trailers for many of the year’s most anticipated shows, HBO Max’s programming boss has provided an update on when the first trailer for the Game of Thrones prequel will be released.

Bloys was asked by THR when fans may expect to see the “House of the Dragon” trailer after the Halo and The Rings of Power trailers, as well as whether the show will have a presence at San Diego Comic-Con. Bloys first stated that he is unaware of a probable Comic-Con appearance and that their intentions have not been publicized. The programming director said, “It shouldn’t be long before some material is released.” Bloys’ complete response can be seen below:

“I don’t know about Comic-Con; we haven’t announced any of our plans yet. I don’t even want to say “soon” but you’ll start to see material … if I say “soon,” I’ll leave that vague. So maybe soon.”

This latest development follows Ifans’ announcement in December that House of the Dragon was still in the works. Despite not knowing when fresh promotional material will be released, the actor expressed his enthusiasm for the upcoming series while cautiously avoiding any potential spoilers. Ifans isn’t the only member of the cast who has shown interest in the planned Game of Thrones prequel; Peter Dinklage has also spoken about the project. When asked about the difficulties of successfully following up a massive smash like Game of Thrones, Dinklage said he was pleased to be able to watch “House of the Dragon” as a fan with no knowledge of what was to come.

Despite the fact that HBO is preparing more spin-offs than Martin anticipated, many fans are eager to see if “House of the Dragon” will rekindle the enchantment of Game of Thrones’ earlier seasons. While the show was a hit for the majority of its life, the eighth and final season received a lot of backlash for the way it wrapped up the characters’ arcs. Many fans are eager to see how “House of the Dragon” compares to its predecessor, given HBO’s lofty intentions and the need to move past season 8’s flaws.

Previous articleAccording to a Lawyer, the Price of “Horizon Forbidden West” Could Be Considered Deceptive
Next articleThe Ending Song Of “Pam & Tommy” Episode 5 Is A Huge Tommy Lee Insult

“LOTR: Rings of Power” Has Already Figured Out Its Last Shot