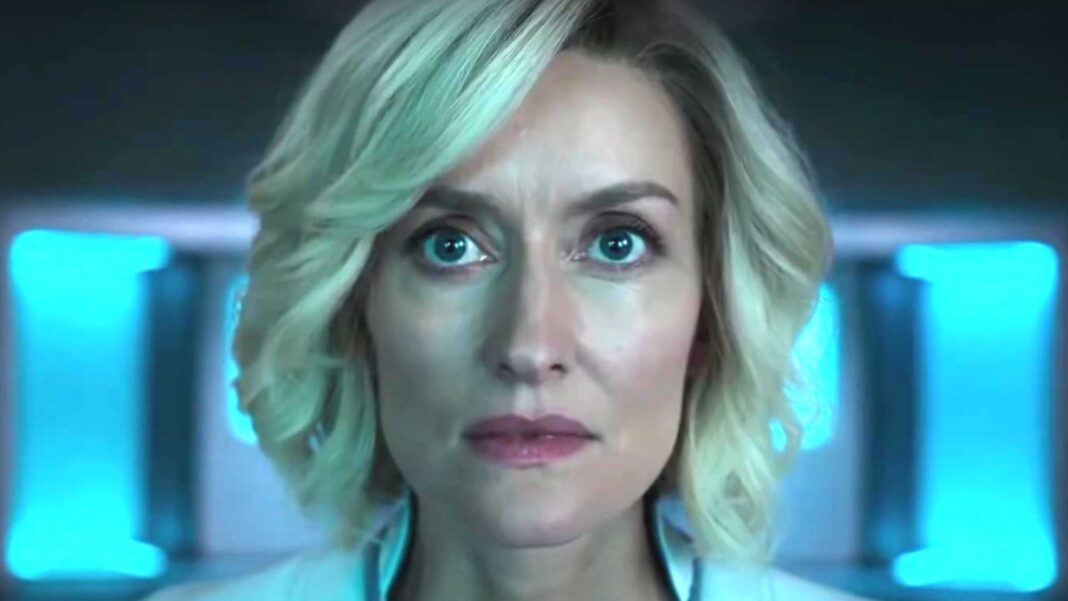 Dr. Halsey was concerned after the Master Chief saw weird visions after touching a Forerunner artifact in “Halo” episode 1. The Master Chief and his fellow Spartans were on the front lines of a galaxy at war in the first episode of Paramount+’s “Halo” TV series. An unexplained finding triggered the Master Chief to start having bizarre visions, and it’ll undoubtedly be key to “Halo“ season 1’s plot.

The Covenant had come to Madrigal in search of an ancient Forerunner item, but the Master Chief had retrieved it instead. Until now, the UNSC has been baffled by the Covenant’s horrific conflict, unable to figure out what these extraterrestrial invaders really seek. The discovery of Madrigal is the first solid lead, and it will almost certainly take the UNSC to the first Halo Ring, an ancient Forerunner weapon meant to wipe a portion of the galaxy of life in order to starve a parasitic infestation known as the Flood. The Covenant believes the Halo Rings are tools that will allow them to ascend to another plane of existence, and they are attempting to activate them, despite the fact that doing so will kill all living species.

When the Master Chief touched the Forerunner relic, he began to see odd visions. It’s unclear why the artifact has such an impact on a Spartan like the Master Chief, but Dr. Halsey, the program’s founder, believes it’s because it’s resurrecting memories that have been wiped from his memory. If she is correct, the UNSC may lose control of its most powerful weapon.

Explanation of Master Chief’s Visions From The Object

To comprehend the significance of the Master Chief’s memories, one must first comprehend the Spartan program that gave birth to him. The Spartan program, founded by Dr. Catherine Halsey, attempted to build supersoldiers who could protect the UNSC against its biggest threats – first a human insurgency, then the Covenant invasion. Dr. Halsey found 70 youngsters scattered around the galaxy who contained the genetic markers she believed were required for a supersoldier and arranged for their abduction. Dr. Halsey produced unlawful flash clones to take their place, unstable clones who would die within months, leaving the families ignorant their genuine child had been abducted. When “Halo’s” eventual Master Chief was removed from the Outer Colony world of Eridanus II when he was just six years old, his memories were supposedly erased in order to create a blank slate as someone who could be trained and controlled over time. Dr. Halsey believes that touching the Covenant relic has started to recover the Master Chief’s childhood memories, however, this hasn’t been confirmed.

Why Is Halsey Afraid That Master Chief Will See His Memories?

If Dr. Halsey is true, touching the Covenant artifact has rewired the Master Chief’s brain, undoing the brainwashing he was through during his youth and adolescence. It’s understandable that the notion would worry her; the Spartans have complete faith in Dr. Catherine Halsey, in part because their conditioning has ensured that they have no genuine awareness of the anguish they have undergone at her hands. However, if the Master Chief recovers his memory, he may become uncontrollable. The Spartans are intended to be precise weapons, and their commander and Master Chief, John-117, is the best of the bunch. Dr. Halsey does not want the Master Chief to become a loose cannon in the “Halo” TV series.

Previous article“Halo” TV Series The Rubble (History & Location)
Next articleThe Biggest TV Battle of 2022 Is Game Of Thrones vs. “Lord Of The Rings”

Is the Arifureta light novel over? Will it receive an epilogue?