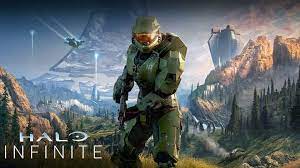 The decision to divulge the existence and function of the “Halo” Array is a risky move for the TV program that might have far-reaching consequences.

The long-awaited live-action “Halo” adaptation has already caused controversy by altering important portions of “Halo” mythology, and the “Halo” TV program may have just hinted the greatest changes yet. Despite the excitement of witnessing Master Chief in action, the program has received some criticism from Bungie’s “Halo” fans. The gap between “Halo”‘s good critic and negative audience rotten Tomatoes scores suggests that the changes to the “Halo” gaming canon are still causing controversy.

The “Halo” TV show is an exciting opportunity to experience the sights and sounds of one of the most iconic gaming series of all time in live-action, despite making changes to the “Halo” canon. “Halo” surely gives the atmosphere of the universe in many ways, from the authentic designs of Master Chief and Covenant warriors to the sounds of Spartan shields powering up to the sight of Pelicans dropping to the earth. More high-profile alterations to the source material appear to be on the way, as seen by the show’s first hint of the “Halo” ring.

The decision by “Halo” to tease the “Halo” Array and depict it as a weapon so early in the series is a significant shift, as the “Halo” Array’s real function isn’t disclosed until later in the plot. The concept that humans would know the function of the “Halo” Array before they’ve even seen it is a huge departure from the original material, given that the first “Halo” game takes place nearly entirely on the ring itself and yet they don’t understand its purpose until rather late in the game. This does emphasize Master Chief’s significance as a “Blessed One,” but it’s a risky move that appears to place humans and Covenant in a race to reach the “Halo” Array – something that wasn’t seen in the first “Halo” game.

The ring tease also raises the issue of how many “people” (including Covenant) are aware of the “Halo” Array and its mission. Reth, a human held hostage aboard a Covenant ship, tells Master Chief about the weapon. Given that in the games, only the Covenant’s Prophets are aware of the ring’s function, the concept that an ordinary hostage aboard their ship may have uncovered the truth suggests that in this tale adaption, the general populace knows considerably more about the rings. Of course, there is a human working for the Covenant who is aware of the ring’s function, thus it’s likely that additional Covenant members are knowledgeable with the Array.

There are valid reasons for the program “spoiling” the function of the “Halo” Array; after all, the first game was launched in 2001, and anyone who has spent time with the franchise is likely familiar with the rings’ purpose. Holding aside such knowledge for a surprise would likely fall flat with “Halo” enthusiasts and would arrive too late for newbies to the game. However, the modification raises the issue of how much more about the ring may change in this version of the narrative. There are currently no evidence of the famous faction The Flood, but they should come in the middle of the tale, like they did in the original “Halo” game.

Previous article“Elden Ring”‘s Most Forgotten NPC Is Now Easier To Find
Next article“House Of The Dragon” Just Told You That Season 1 Wouldn’t Have Many Dragons.

The Last Of Us Gets a Mention During the 2020 Olympics.