Kiki Wolfkill, executive producer of “Halo” TV, justifies Cortana’s live-action look modification for the upcoming series by drawing comparisons to video games. An adaptation of Bungie and 343 Industries’ action video game series has been in the works for well over a decade, starting as a film in the early 2000s before switching to television in 2013 with Steven Spielberg engaged to produce. Even still, the small-screen version of “Halo“ would take almost a decade to get off the ground, changing hands between studios, directors, and showrunners before arriving at Paramount+.

“Halo”, set in the 26th century, depicts the brutal fight between mankind and the Covenant, a theocratic coalition of many alien races that consider humans as an insult to their gods known as the Forerunners and engage in a murderous holy war. The United Nations Space Command creates a band of genetically altered supersoldiers known as Spartans, headed by Master Chief Petty Officer John-117, to protect numerous colonies around the galaxy. Pablo Schreiber will play the legendary Master Chief in “Halo” with Jen Taylor, who will reprise her role as the A.I. program Cortana, Natascha McElhone, Yerin Ha, Charlie Murphy, Shabana Azmi, Bokeem Woodbine, Natasha Culzac, and Bentley Calu.

In anticipation of the show’s imminent launch, GamesRadar+ spoke with 343 Industries’ Kiki Wolfkill about the Halo TV adaptation. When asked about the controversy surrounding Cortana’s live-action design change, the executive producer defended the character’s new look in the series, noting that the A.I. program underwent design changes in the games themselves and that her design has always stemmed from finding a way to adapt her to the story’s environment. See what Wolfkill has to say about it below:

“It’s so funny, because we change her design for every game. And a lot of that is driven by technology. A lot of the design changes as we progress[ed] through the game generations was because we had access to better graphics, technology, more pixels, and more effects. And so it’s always been about adapting Cortana to the environment. In this situation, it’s so very different from the games in that she has to feel real. And by that, I don’t mean feel like a real human. She has to feel like a real AI, a real hologram, and be a character that real people are acting against… That was really the impetus in designing her – how do we make her feel very tangible in this Halo world?” 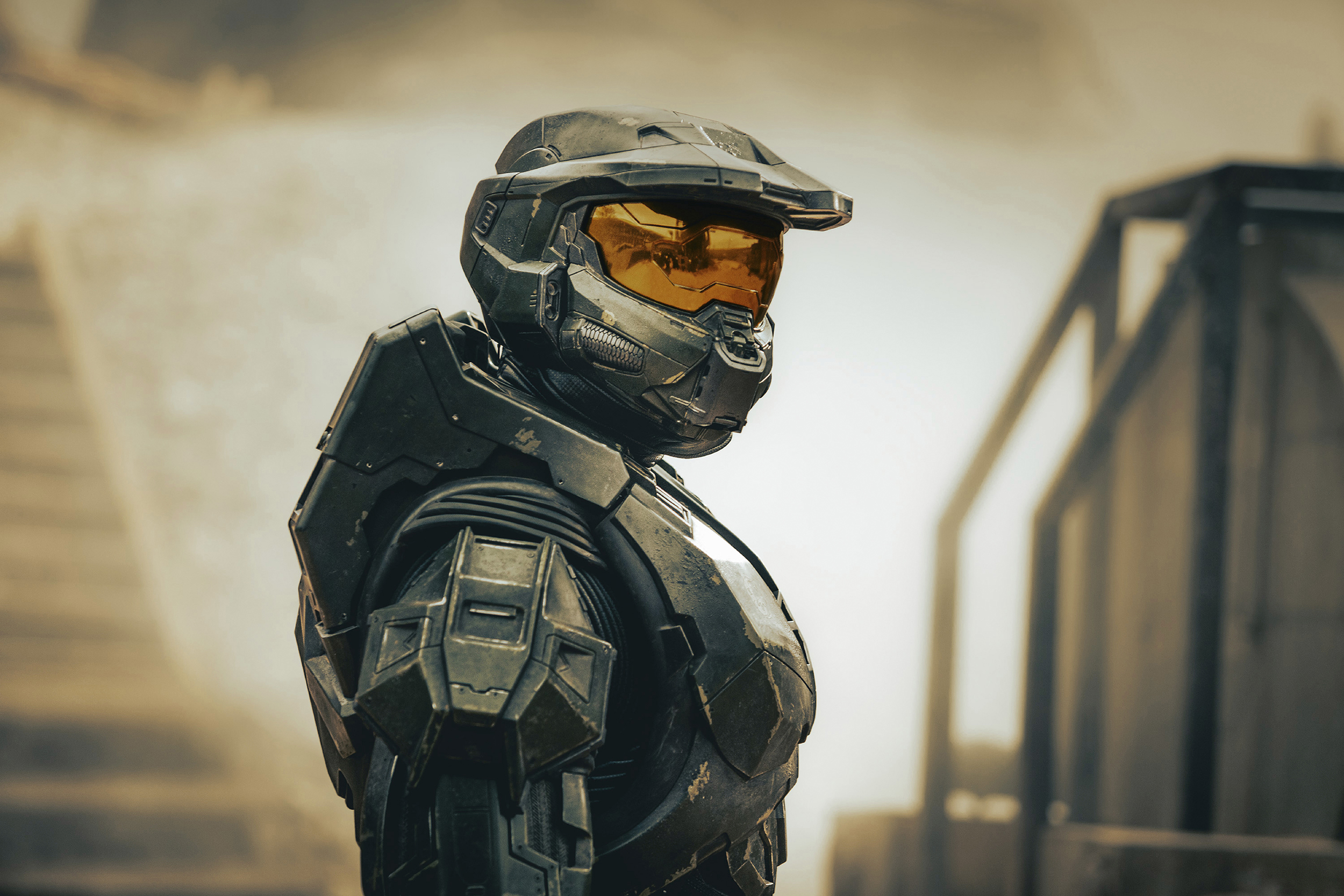 Though the choice to keep original voice actress Jen Taylor in the part has been widely praised by fans of the games, the first “Halo” TV teaser sparked some debate due to the character’s live-action design alteration. The new incarnation featured a comparable shorter hairdo to her game counterpart, but lacked the blue-colored skin and technical look that she had worn in the rest of her appearances. Wolfkill’s defense of the live-action design change, as an executive producer for the Halo franchise at 343 Industries, does serve as an understandable argument for the new look, namely because Cortana has evolved throughout the various games to embody new looks, including moving away from a purple color scheme in the early games to her iconic blue hue and becoming generally more clothed in recent titles.

Cortana’s live-action design modification for the “Halo” TV show isn’t the only source of contention amongst “Halo” fans; the confirmation of seeing Master Chief without his helmet has left many fans disappointed, given that this was omitted from the games. With Wolfkill previously stating that the series is not a straight translation of the games, but rather a non-canon tale separate from the source material, both Cortana’s new look and Master Chief’s face revelation might be acceptable decisions to distance the show from the games. When “Halo” comes on Paramount+ on March 24, only time will tell how people react to the new directions.