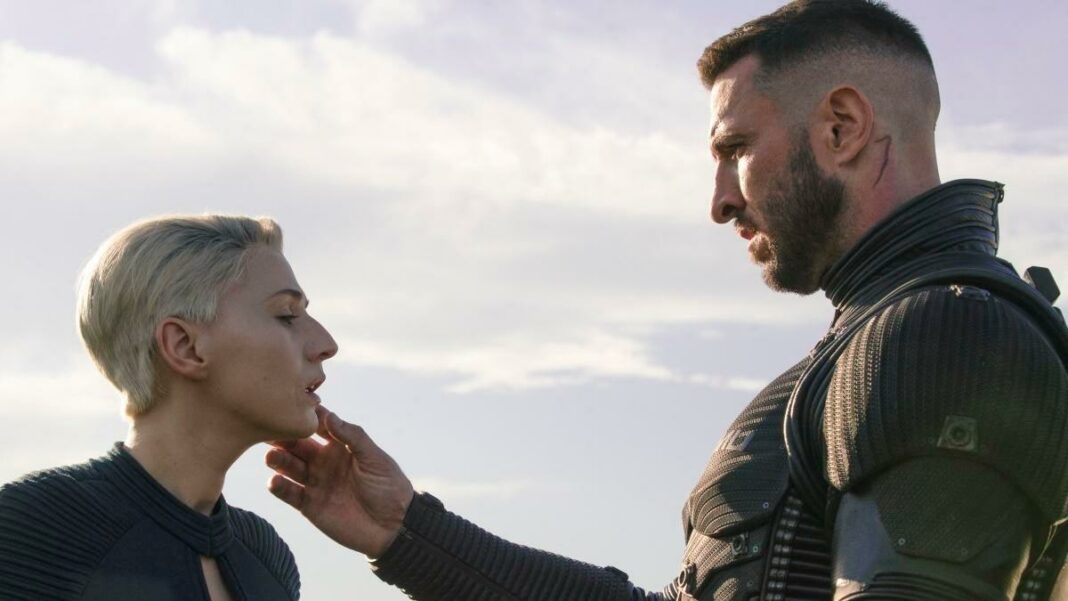 Kiki Wolfkill, “Halo’s” executive producer, defends the controversial moment between Master Chief and Makee in the penultimate episode of season one. The creators of Paramount+’s “Halo” have made it clear that the series takes place on the Silver Timeline, which permits them to use and discard existing video game mythology as they see fit. However, “Halo” has deviated from its cherished IP in a number of ways, beginning with the decision to have Master Chief/Spartan John-117 (Pablo Schreiber) remove his helmet in the first episode. After only getting a glimpse of his head in each game, the series now reveals a lot more of him, which is compounded by the addition of a unique character, Makee (Charlie Murphy).

Makee is likely the Covenant’s only human member, having been kidnapped as a youngster. Makee’s ability to interact with ancient technology earned her the moniker “Blessed One” among the Covenant, similar to Chief’s talents with Forerunner artifacts. Makee becomes a willing prisoner of the UNSC after an exciting encounter with the Covenant in Halo episode 5. After connecting over their traumatic childhoods and shared destiny, Chief and Makee have sex while Cortana and Halsey look on in “Halo” episode 8, aptly dubbed “Allegiance.” Fans, who had already been thrown by Chief’s face and behind, reacted angrily to this.

Executive producer Wolfkill discussed “Halo’s” season 1 finale, the already-confirmed second season, and, of course, episode 8 in a recent interview with Deadline. Wolfkill is specifically asked about the fan reaction to the love scene, to which she responds, “There was a lot of discussion leading up to whether or not to do that, and it was a tough one.” Here’s what she had to say after that:

“I mean, I will say that there’s a lot of different opinions and voices. I will say from my perspective, having the audience getting to understand what it means for him to make sort of a human connection with someone, with Makee, was important. There’s a lot of different opinions on how to do that, and ultimately, we ended up with that path and I think a lot of us feel conflicted about it and that’s not a bad thing.”

“I think ultimately what we’ve been able to deliver on with this season is a Master Chief who is wholly the soldier, and hero, and leader that he has always been and we also leave the season with a character in John who is really a fully defined character. It’s super interesting to be able to see his journey, and you know, admittedly some controversy along the way in getting there.”

“My hope is that we can all sort of rise beyond that and sort of look at where we end up with Chief and with John going into season two. I believe really strongly that we have an amazing story to tell with him and we’ll continue to do so, and sometimes as we know with the Silver Timeline that it’ll be different than we’ve seen him before. But who he is as a character both as Master Chief and as John is wholly the same.”

It’s worth mentioning that in the “Halo” games, Chief never has an explicit romantic interest; his most important relationship is with Halsey’s flashed-cloned A.I., Cortana. It’s easy to see why ardent fans are irritated by what appears to be a forced romance that ends abruptly in “Halo’s” first season finale. Instead of a two-episode affair with a character spectators see kill soldiers in episode 3 and then die in episode 9, the narrative would have benefited from growing Chief and Cortana’s trust—which now risks appearing manufactured.

Chief’s ties to Makee as a stereotypical “Chosen One/Blessed One” invert the character’s image among franchise fans. Yes, he’s a super-soldier, but his tenacity is what sets him apart. The source material essentially places Chief in impossible positions; John is prized not because of a connection to any item, but because he is the Master Chief. Thankfully, “Halo” and Schreiber’s brilliant portrayal establishes this element of Chief and John as totally the soldier, hero, and leader, and season 2 will certainly capitalize on it. Despite a problematic narrative, some controversial moments, and science fiction cliches, Halo season 1 feature extremely satisfying (and nostalgic) combat sequences, an engaging John/Halsey interaction, and Jen Taylor’s Cortana’s unique voice. Still, it’s possible that Chief should live a celibate lifestyle until the series reaches its full potential.