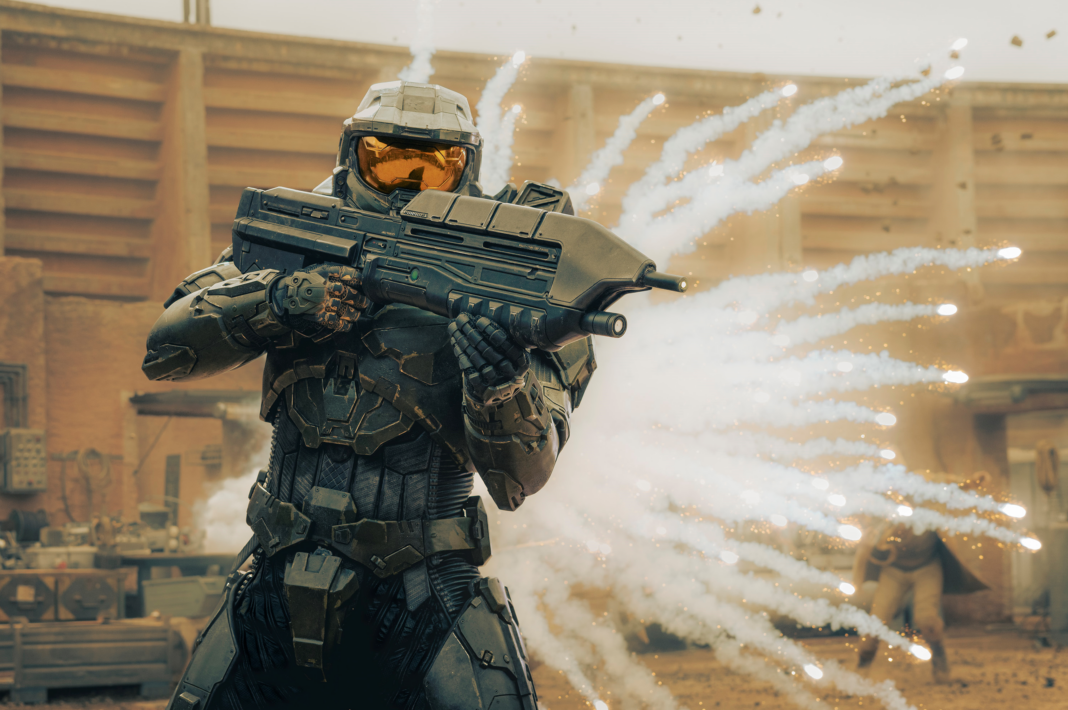 In the forthcoming Paramount+ series “Halo”, a new teaser shows Master Chief directing troops to fight and a rich narrative. “Halo” is based on the Microsoft game produced by Bungie, and it tells the story of Master Chief, a Spartan soldier in the future who is fighting an interplanetary battle against a gang of aliens known as The Covenant. The Halo game series is one of the best-selling Xbox games of all time, with over 81 million copies sold to date, with the most recent installment, Halo: Infinite, published in December of last year.

Pablo Schrieber as Master Chief, a.k.a. John-117, Jen Taylor as Cortana (who also voiced the character in the game series), Natascha McElhone as Dr. Catherine Halsey, Bokeem Woodbine as Soren-066, Yerin Ha as Quan Ah, and Charlie Murphy as Makee star in the “Halo” series. Steven Kane (The Last Ship) and Kyle Killen (Mind Games) created Halo, and Killen will leave after season one, leaving Kane as the sole showrunner. Paramount+ has already renewed the series for a second season, indicating that they are confident in what they have thus far.

Now, Paramount+ has released a new teaser for “Halo”, which reveals a complex past for John-117 and the rest of the group, giving the program a more ensemble vibe than just a “Halo” show about Master Chief. The trailer teases a number of franchise locations, characters, weapons, vehicles, and aliens, including the first glimpse at the live-action Covenant Empire creatures. Master Chief orders the Silver Team into action towards the end of the clip, which is a tribute to the show’s new timeline, known as the Silver Timeline. Take a look at the trailer below:

According to Executive Producer Frank O’Connor, Halo’s Silver Timeline will “differ in subtle and not so subtle ways” within the “profoundly established Halo universe.” The “Halo” show will be set in the same universe as the game, but with various timelines that can cross or diverge as needed in order to present a coherent tale. This would essentially allow the program to pay off a number of events, origins, character arcs, and conclusions while still retaining some creative license and control, allowing fans of both the game series and the TV show to be surprised and entertained.

The fact that Paramount+ has already renewed the program for season 2 demonstrates that they believe in what they have, which helps to generate excitement for a series that has battled to find its way to live-action after so much back-and-forth over the years. Many people are asking if it will be able to generate the same degree of excitement as the game itself and if the lore will be enough to attract viewers. If anything, Paramount+ appears to have put a lot of money and effort into “Halo”, but execution will be key, as the streamer will be pitching the program to both fans and non-fans, which can be a hard sales pitch when trying to reach a broad audience. On March 24, 2022, “Halo” will premiere on Paramount+.

Previous articleWhy Did Dolly Parton Refuse To Have Her Music Used In “Pam & Tommy”?
Next articleAnsel Elgort Dives Into Japan’s Criminal Underworld in “Tokyo Vice” Trailer