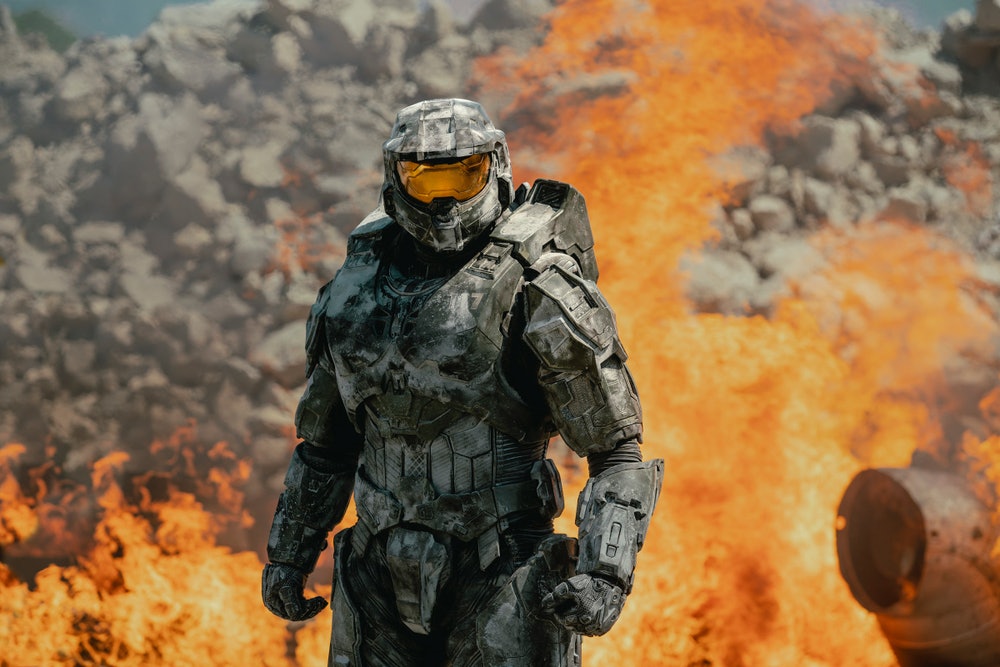 Actor Pablo Schreiber, who plays Master Chief, has confirmed that filming for “Halo” season 2 will begin this summer, ahead of the debut of season 1. Master Chief Petty Officer John-117, a huge supersoldier, and leader of the crew of other supersoldiers known as Spartans is played by the American Gods alum, who leads the cast of the Paramount+ series adaption. In the 26th century, Master Chief and the Spartans are tasked with preserving humanity from the Covenant, a theocratic extraterrestrial coalition that seeks to wipe humanity altogether.

Along with Schreiber, the cast for Halo includes Yerin Ha, Charlie Murphy, Shabana Azmi, Bokeem Woodbine, Kate Kennedy, Natasha Culzac, and Bentley Calu, who reprise their roles as Cortana and Dr. Catherine Elizabeth Halsey, respectively, from Bungie and 343 Industries’ gaming franchise. Efforts to adapt the action games to the screen have been stuck in development hell for almost 15 years, first as a film, then as a television program, with various showrunners and network changes. Despite its tight development schedule, “Halo” was renewed for a second season ahead of its premiere, and now one of the show’s stars has provided an update on the show’s future.

Master Chief actor Pablo Schreiber stated that “Halo” season 2 would begin filming this summer when speaking with Collider for the series’ debut. Despite keeping the next episode of the series under wraps, the actress said that production on a crucial location has been pushed back owing to “weather-related” concerns. Here’s what Schreiber had to say:

“We’ll be filming again this summer. We’re still figuring out exactly what the start date is, but we will be in production by summertime because we have a hard date that we need to be up and running in order to get some location that is weather affected.”

The confirmation by Schreiber that “Halo” season 2 will begin production this summer should be wonderful news for fans of the Paramount+ adaptation, but it also serves as an intriguing preview of how development is proceeding in the writer’s room. Season 1 of “Halo” saw many showrunner changes, with Kyle Killen and Steven Kane both departing by the end of production, with the latter declaring that if the program was renewed for a second season, he would not return. After executive producer Justin Falvey announced intentions for multiple seasons and Fear the Walking Dead alum David Wiener was tapped as the new showrunner and executive producer in February, production on “Halo” season 2 moved forward.

Despite barely having a month under his belt, the fact that “Halo” season 2 is poised to begin filming this summer suggests that Wiener is successfully leading the writer’s room and scripts are coming together more smoothly than before. However, without any information on how the script is progressing, the program’s earlier production start schedule may create fears that the show is rushing to get its next season off the ground rather than adjusting to the mixed reviews it’s garnered thus far. Whatever the case may be, “Halo’s” wait is almost over, as the series arrives on Paramount+ this Thursday.

The Best Marvel Games Of All Time

Women, If You’ve Ever Found Yourself In A Deep Personal Rut, We Want To Know How You Got Out Of It