How the “Halo” TV Show Recreated Iconic Weapons from the Game 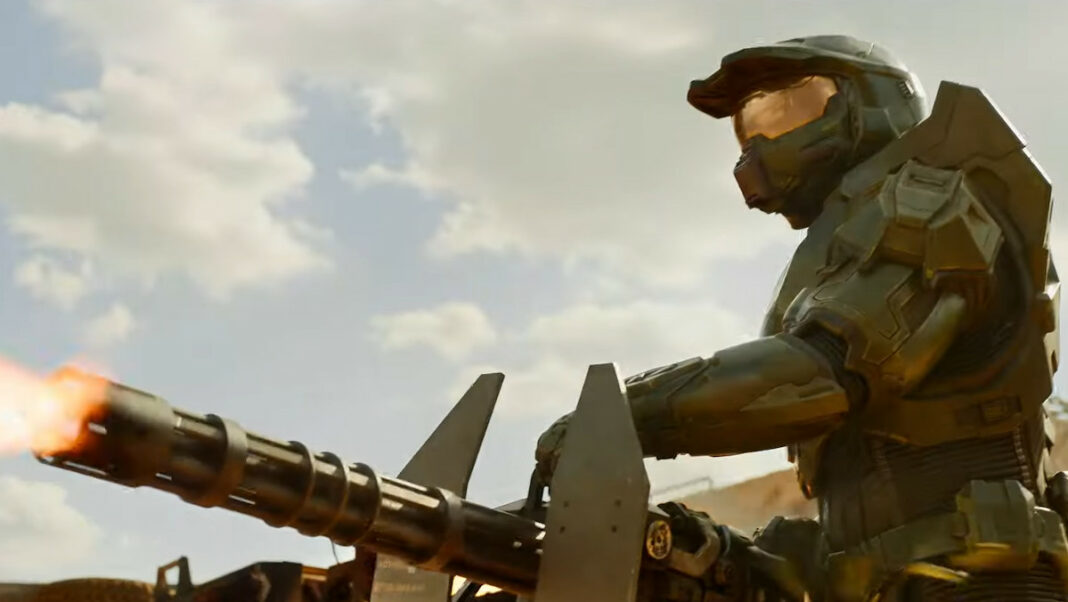 The “Halo” TV show’s design team demonstrates how they bring the video games’ ultra-detailed weapons to life on the small screen. The “Halo” franchise has been engaging fans for nearly two decades, with the original game being launched in 2001. With the games’ popularity growing with each new installment, attempts to convert “Halo” into a feature film or series have been made for years. After a tepid reception to numerous lesser live-action “Halo” ventures, Paramount+’s take on the games seems to be the first worthwhile adaptation for fans.

According to the first teasers for “Halo”, the show’s creative team has gone to considerable pains to mimic elements from the games. From Master Chief’s iconic armor to the UNSC and Covenant’s weaponry and ships, Halo has never previously seen such a large-scale adaptation. Master Chief is played by Pablo Schreiber, with Natasha McElhone, Yerin Ha, Charlie Murphy, Bokeem Woodbine, Shabana Azmi, Olive Gray, and Danny Sapani rounding out the supporting ensemble. Jen Taylor, who is well-known among gaming fans, is returning as the voice of Master Chief’s AI sidekick, Cortana.

Some members of the “Halo” creative team go into depth about how they brought the games’ iconic weaponry to life in a new behind-the-scenes film made in partnership with IGN. As Props Master Andrew Orlando describes, his department produced a slew of guns for the show, starting with relatively simple solid plastic models before iterating on the idea and producing metal weapons that can be disassembled, cleaned, and cocked. Below are Orlando’s entire remarks, as well as those of 343 Senior “Halo” Franchise Writer Kenneth Peters:

Andrew Orlando: “We started off with a solid plastic weapon and then, as the show’s progressed, we’ve had ones they can take apart for cleaning. We’ve had weapons that we’ve fabricated for magazine changes and you can actually cock the weapon.”

Kenneth Peters: “A lot of the weapons and various props that we use, from the beginning used 3D models from the game as initial reference and block-outs for the actual props. Most of this actually comes from Halo: Reach, though, fans will notice there’s also some Halo 3 designs here, and all the way up to and including our most recent game.”

Because “Halo” is a first-person shooter, the weapons are always front and center when playing. As a result, many “Halo” fans are now intimately aware of how the weaponry in the games look, feel, and sound, regardless of whether they are human or alien in origin. The “Halo” props department has clearly spent a lot of time and work ensuring that all of these weapons are as accurate as possible to the games. The props department, Orlando continued, devoted special attention to the scale of each weapon, with the larger Covenant weaponry still having to be manageable by Master Chief if he were to take one up.

With past live-action “Halo” adaptations failing to catch on, it appears that the new show’s creative team is working hard to ensure that every minute aspect is perfect. The “Halo” teasers have already revealed some of the franchise’s iconic weaponry in action, and perhaps the show will live up to fans’ high expectations when it airs. On March 24, Halo will launch on Paramount+.

Previous articleHow To Get The Winged Scythe With The “Elden Ring”
Next article“Starfield’s” Dialogue System Was Inspired by “The Elder Scrolls: Oblivion”