The Spartans and their abilities are now available in live-action, due to the “Halo” games, which made them one of the most well-known classes of supersoldiers in pop culture.

The live-action “Halo” series from Paramount+ has finally brought the Spartans from the video games to the big screen, and several aspects of their armor modifications and skills make them superb fighters. “Halo” season 1, episode 1 set the tone for the challenging task of translating the games with stunning visuals and a real feeling of grandeur. “Halo“ contains several characters, names, and locales recognizable to “Halo” fans, despite not being canon to the main narrative.

Master Chief, played by Pablo Schreiber, commands a band of Spartans, elite UNSC troops with significantly more skill and reputation than the ordinary army. The Master Chief is first introduced to audiences in “Halo” Episode 1 during a confrontation with the Covenants on the rebel planet Madrigal. The show’s budget, as well as the Spartan’s talents and strength, are well demonstrated in the opening action sequence.

The “Halo” show, like the games, has demonstrated that the Spartans’ reputation is not undeserved. Spartans are immensely stronger and more hardy than the typical person, and are feared as immortal killing machines. They also have Mjolnir, a highly sophisticated high-tech armor, at their disposal. This is how the armor functions.

Spartans are super-soldiers produced by a top-secret and illegal program headed by Dr. Catherine Halsey in the “Halo” world. Spartan candidates are recruited at the age of five and undertake intense training similar to those of the highest military positions. The future Spartans are exposed to a genetic enhancement procedure through surgery and chemical substances when they reach the age of 14, already possessing a high degree of athletic talents. Their bones have gotten stronger to the point of being indestructible by that time, and their raw strength has increased to three times that of a normal person. “Halo”s’ Spartans have better senses, faster reflexes, and a mind capable of processing information faster than the ordinary human thanks to Halsey’s genetic augmentation.

Armor Abilities and Powers of the Spartan Mjolnir in “Halo” 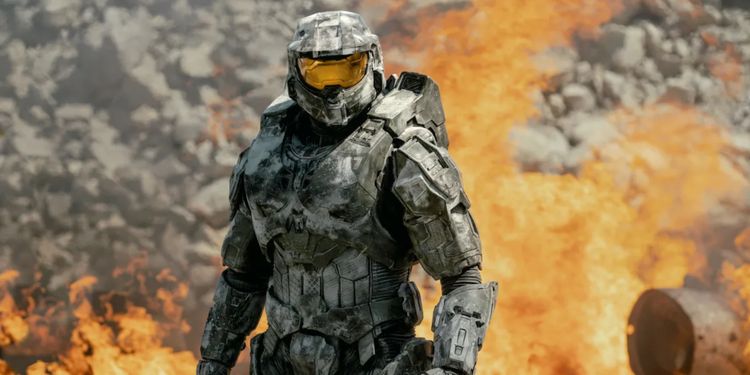 Spartans have the benefit of wearing unique Mjolnir armor in addition to all of the physical improvements. Their armor is substantially heavier than standard armor, weighing roughly half a ton, and can only be worn by Spartans. Through a neural network, the Mjolnir armor is intimately connected to the Spartan soldier, making its usage considerably easier and more natural. Most orders for the armor technology may be delivered with a single thought command, and it can absorb a tremendous amount of damage before letting the Spartan feel any form of effect. The Master Chief helmet, which has sparked so much debate, features an augmented reality display and is responsible for sending a Spartan’s sensory data to the UNSC. Mjolnir armor in “Halo” is supposed to improve a Spartan’s strength by five times, making a Spartan in service around 15 times stronger than a typical human.

“Halo” has already managed to convey the strength of a Spartan from gaming to screens with just one episode. Although the experience of playing a video game differs from that of watching a program, “Halo” will not shy away from demonstrating the abilities of characters who are well-known to “Halo” fans. It’ll be interesting to see if the remaining episodes measure up to the Spartans’ reputation and qualities.