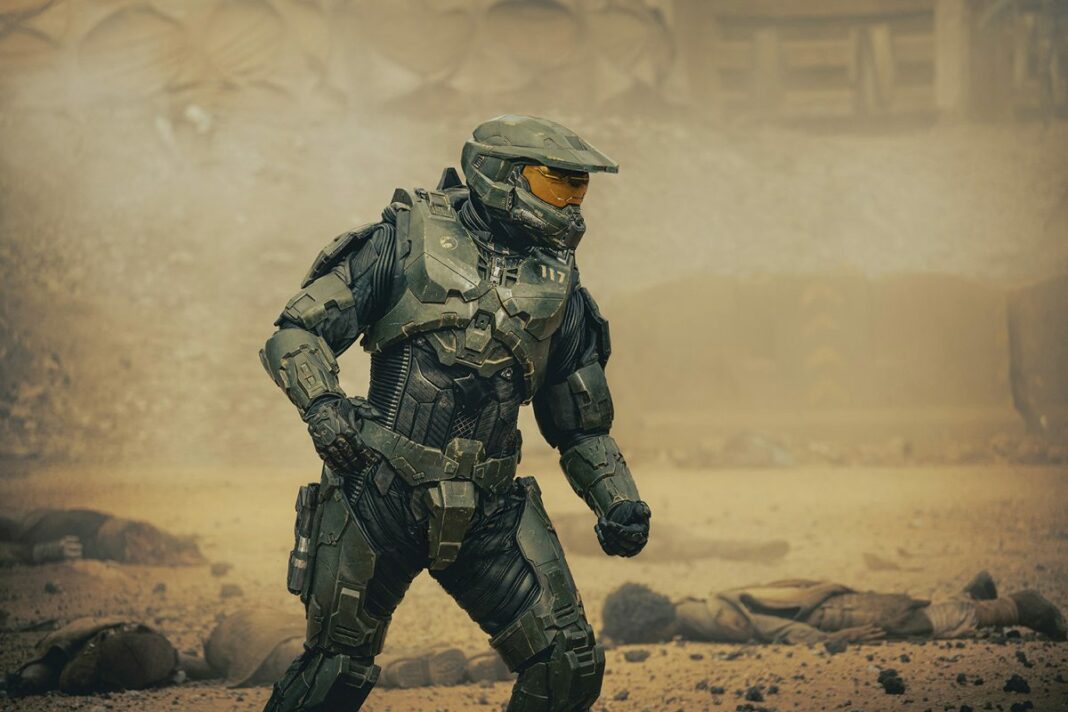 Master Chief, or Spartan-117 on the new “Halo” TV show, Pablo Schreiber, acknowledges that the Mjolnir suit limits his mobility. Mjolnir armor is worn by Spartans in the Halo video game franchise as both body armor and an enhancement to their already extraordinary physical capabilities. The Mark VI armor, a visual mainstay of the franchise, returns in the Paramount + series, especially in the Master Chief’s trademark OD green.

“The Halo” video game series follows Master Chief as he and humanity face off against the Covenant, the parasitic Flood, and, later in the series, the Prometheans, alien races. In the year 2552, the Covenant attacks a human outpost on the planet Madrigal, and the TV series starts up where the previous conflict left off. The Covenant soldiers cause significant damage to the outpost, as well as a number of casualties, before Schreiber’s Master Chief and the silver Spartan team intervene.

During an interview with Screen Rant, Schreiber stated that the show’s armor was tough to maneuver in. The “Halo” TV show’s armor is hefty, just like the in-game version, but that doesn’t seem to be an issue. The armor, according to Schreiber, is a major challenge in depicting Spartan-117’s superhuman strength and agility:

“It is. I can confirm. It’s about 55 pounds, but heaviness is actually not the defining feature of the armor. It is the fact that it makes you almost entirely immobile and incapable of movement. So, learning how to move in a way that looks superhuman and super capable while being constricted to such a degree is the defining challenge of our show.”

Schreiber’s immobility does imply that he will be restricted in some way throughout filming. In-universe, the armor is far heavier than the TV show’s props, weighing in at roughly 1,000 pounds. The Spartan-II graduates, including Master Chief, are connected to their armor by a neural link, which eliminates the weight and mobility limitations that any other armor user would experience. Artificial intelligence, similar to the Cortana intelligence from the games, is also used to control their armor. While Schreiber doesn’t have to cope with a half-ton of bulletproof armor and alloy, he also doesn’t have Cortana or genetic alterations to help him.

While the lack of mobility in the TV series is troubling to “Halo” veterans aware of Dr. Halsey’s questionable medical treatments, the absence of mobility in the game is not surprising. Because Schreiber’s motions are restricted, the series will have to come up with new ways to make Spartan-117 feel as powerful and superhuman as the games. Regardless, in the new Paramount + series, the Master Chief is still able to save the day and is ready to acquire the title of “Demon.”

Previous articleTyler Shultz, the Theranos Whistleblower From “The Dropout” TV Show: What Happened to Him?
Next article“The Dropout” TV Miniseries Season 1, Episode 6 Recap