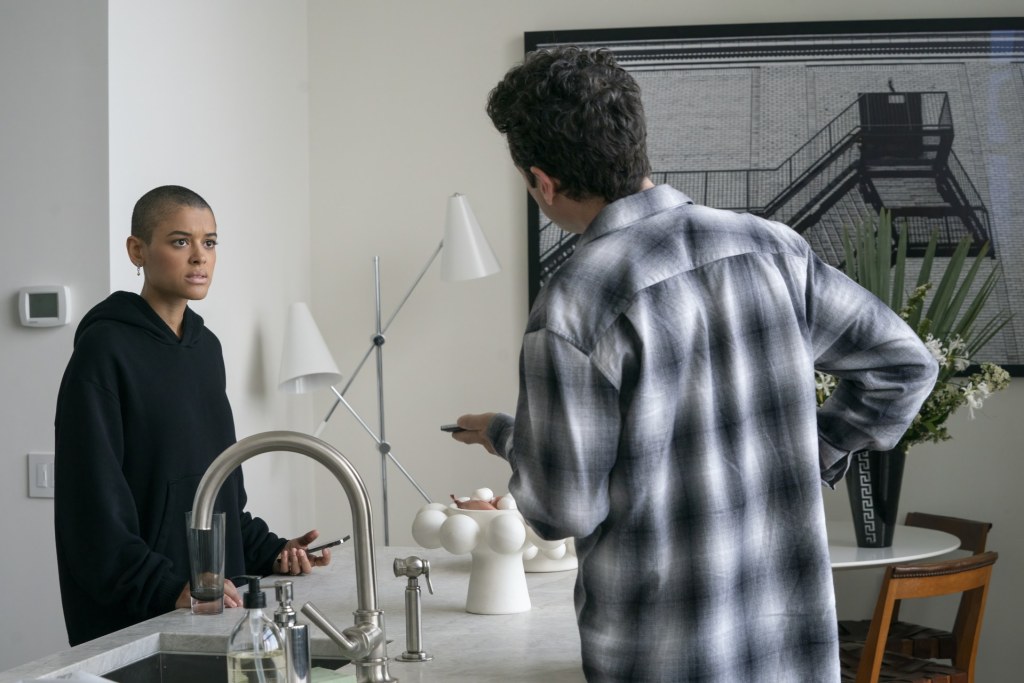 Holiday gatherings are some of the best venues for the visual genre of Mess, as anyone who has seen The Family Stone — or, more recently, episode six of HBO Max’s Industry — can tell you. And in the case of Gossip Girl 2.0, there’s no better time to re-energize fans following a similarly dismal and unsettling start to the season and a four-month sabbatical.

While countless Thanksgiving and Christmas episodes on the original Gossip Girl have kept me enthralled, none have come close to season three’s unforgettable “The Treasure of Serena Madre.” The final dinner scene, set to Jason DeRulo’s “Whatcha Say,” is frequently the only sequence from the show that is shared on Twitter. However, the entire 42 minutes is a masterclass in balancing and fleshing out a slew of tensions while keeping us interested!

Despite these teenagers apparently being a tight group of friends, this endeavor is made much more difficult for the reboot’s shot at a spicy Christmas episode because none of the relationships and corresponding beef amongst the characters are genuinely intriguing or have much value to anyone else. So I don’t blame the authors if the dinner scene feels more like a checklist of stale plots that need to be neatly wrapped up than a nice gathering gone to shit.

This episode is surprisingly more comprehensible and less crowded with pointless narrative turns than previous scripts, which is nice but unwittingly highlights how tiresome everyone’s personal “drama” is, especially the Zoya, Julien, and Obie love triangle. It hurts physically and mentally to type their names one after the other at this stage. Why does this continue to happen? Who is amused by this dry-ass back-and-forth over this little lad with a sofa personality who tries to separate himself from the only thing (his money) that makes him a decent catch??

Julien spends almost an hour trying to come to terms with her feelings for Obie following a highly inappropriate makeout session set against a backdrop of people being tear-gassed at a demonstration and a subsequent hookup. She’s also committed to being a good sister to Zoya, encouraging her to pursue Obie despite her desire for him. I understand wanting to repair a relationship with a cousin to prevent feeling alone and that you’re losing out on a certain kind of familial closeness as someone who comes from a small family. The absence of a relationship between the girls and their mother is hinted at very early on in the episode. But, despite the fact that Zoya has been an absolute monster, Julien’s connection has become this strange, unjustified moral duty.

Keller and Jordan, speaking about monsters, are still as dumb as rocks and excessively concerned in children’s business. They’re slightly less irritating when confronted with the subject of Rafa sleeping with Max, which they’re both horrified about. This fight between Rafa, Keller, and Jordan over control of the “Gossip Girl” account and the sex tape, on the other hand, seems pointless since do we really care about the fate of these irredeemable teachers? When Max told one of his fathers about the affair and he did nothing, it’s difficult to maintain any suspense in the prospective dissemination of this film. Because Max has reached the legal age of consent in New York, the worst that can happen to Rafa is that he loses his job, which he voluntarily quits by the end. I’m not sure I’ll miss this uninteresting creep!

Also, during this episode, Max is distracted by more serious matters, namely, reuniting his parents with the help of his biological mother, Lucy Punch. (Rejoice, Ella Enchanted stans!) Punch is doing her hardest to inject some levity and absurdity into what should be a hilarious show, but no one, with the exception of Gideon’s actors Todd Almond and Thomas Doherty, is really meeting her on that level. Furthermore, her character is so generically weird that she isn’t really compelling. Punch’s low voice and strong accent muffle out a lot of Punch’s bizarre language (and even thicker bangs).

Side note: In this episode, there are a lot of dull cutaways of bare buttocks and moans that made me go, “…Okay?” However, I understand that the show is attempting to strike a balance between providing viewers with the titillating stuff they desire and respecting them as sexual beings, all while avoiding being labeled as pedophiles on Twitter.

Aki is also grappling with the fallout from his father’s outing. His mother accepts his sexuality entirely, but he’s concerned that Obie is now uncomfortable being around him, which seems… odd. Audrey’s mother is also out of the hospital, looking fresh and bushy-tailed after God knows what happened to her. In any case, everyone ends up at Zoya’s house, including Kate and Jordan, because it’s their holiday tradition to welcome stray animals.

The dinner that follows is lackluster to say the least, especially when Davis and Nick repeat their “told you, girls, not to fight!” spiel with Zoya and Julien, as if growing up with a sister isn’t enough bickering. I’m also embarrassed that with that face and an Emmy, this is the best job Luke Kirby can get right now. But it looks like he’ll have more work on his hands after Davis’ now-fiance Lola, who the program briefly forgot about, reveals to Kate that he probably proposed to keep her from testifying against him. This was the only time throughout the program when my ears perked up. This could be a legal issue, but it appears to be a #MeToo issue. And if that’s the case, we’re in for a wild journey.

Previous article“Battlefield 2042” Has Nearly Double The Number Of Players As Battlefield 5
Next articleWith The Success Of The Prime Streaming Show, The Popularity Of “The Wheel of Time” Books Has Increased