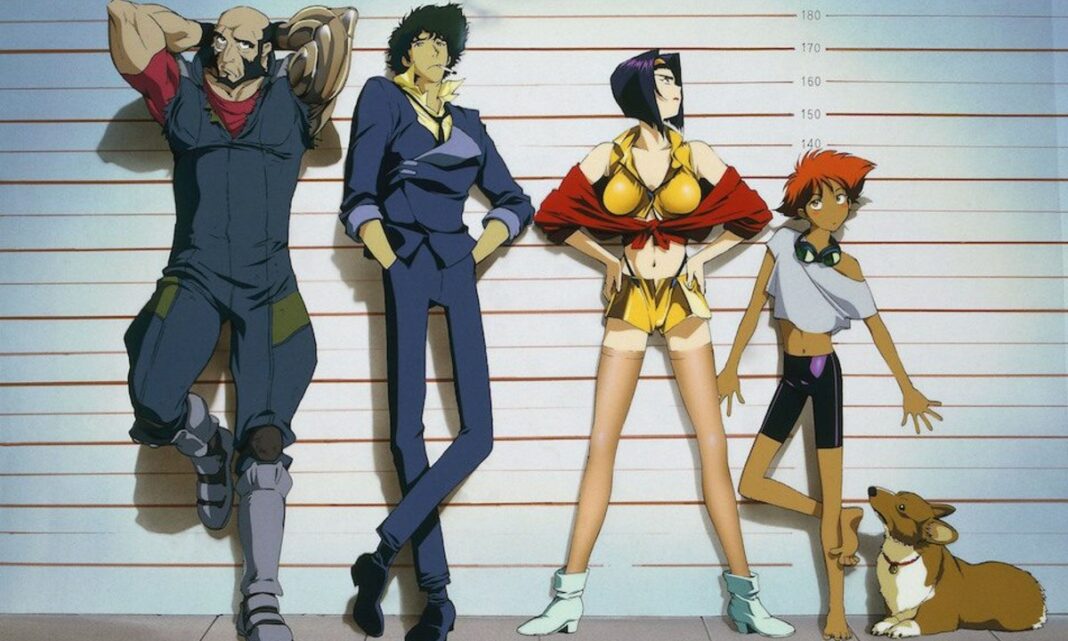 André Nemec, the showrunner of “Cowboy Bebop”, on how the live-action Netflix series expands on the renowned anime source material. Nemec is producing and directing the adaptation, which is written by Christopher Yost, who wrote Thor: Ragnarok and The Mandalorian. John Cho stars Spike Spiegel, Mustafa Shakir as Jet Black, Daniella Pineda as Faye Valentine, Alex Hassell as Vicious, and Elena Satine as Julia in the live-action “Cowboy Bebop”.

Nemec spoke with Entertainment Weekly about “Cowboy Bebop” in connection with the release of a new image for the series. When comparing the live-action series to the source material, the showrunner promises that he and his creative team will “never take away the original anime from the purists,” and teases that the adaptation will build upon the anime and offer new stories that will not conflict with the original canon.

See what Nemec said below:

“But I’m very excited about the stories that we’re telling. I believe we’ve done a really nice job of not violating the canon in any direction but merely offering some extra glimpses into the world that was already created. We got under the skin of who the live-action characters were going to be. I think that the poetic nature of the anime absolutely allowed for us to mine the archetypal nature of the characters and dig out deeper histories that we wanted to explore — and answer some of the questions that the anime leaves you with. I think to just redo the anime will leave an audience hungry for something that they already saw. The anime did an amazing job. We don’t need to serve the exact same meal. I think it would have been disappointing if we did.”

Nemec’s statements about altering things up aren’t surprising, given that he previously stated that the live-action “Cowboy Bebop” won’t be a direct adaptation of the anime. While the discoveries of straying from the source material may dissuade fans, his new promises of enhancing the mythos of the legendary anime while not breaking any previous canon should reassure those who were hesitant about the adaptation.

While he claims that Netflix’s “Cowboy Bebop” would not be a direct copy of the anime, the photos so far have teased some key episodes from the original series. There appears to be much for longtime fans of the franchise to dwell on as well as new material to dig their teeth into, from the church gunfight of “Ballad of Fallen Angels” to Cho’s Spike casually strolling around a market that looks reminiscent to the Tijuana asteroid colony of “Asteroid Blues.” When “Cowboy Bebop” premieres on Netflix on November 19, only time will tell.

Players in Battlefield 2024 are doing insane things with hovercrafts