New photos from “Cowboy Bebop” show Faye Valentine doing something most fans wish they could do: petting Ein, the team’s loving Corgi.

The initial trailer for Netflix’s live-action version suggested that team dynamics onboard the Bebop will be friendlier than fans of the anime might imagine, and the fresh stills published on the Netflix Geeked Twitter account only add to that impression. Faye, played by Daniella Pineda, appears in several of the images, but the one she shares with her canine teammate is the gentlest look yet at the character. 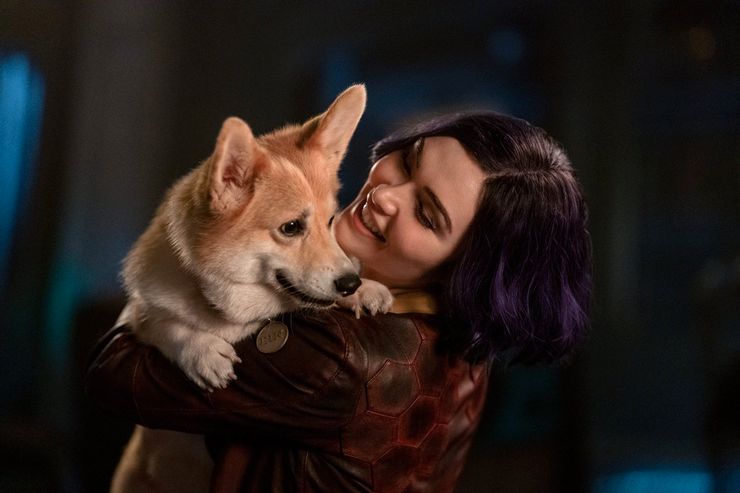 Another image shows Faye conversing with Spike Spiegel, who is played by John Cho who is noted for his grumpiness as much as his martial arts prowess in the anime. Faye is giving him the typical “speak to the hand” motion in this one, which seems to hint that their friendship will still feature continual arguing even though their characters are more accepting of each other in this version.

Ein is adopted more or less by accident in the “Cowboy Bebop“ anime, but Jet looks after him while Spike and Faye both see him as another unwelcome roommate. Ein doesn’t find someone who truly appreciates his cuteness until Edward Wong Hau Pepelu Tivrusky IV joins the squad. 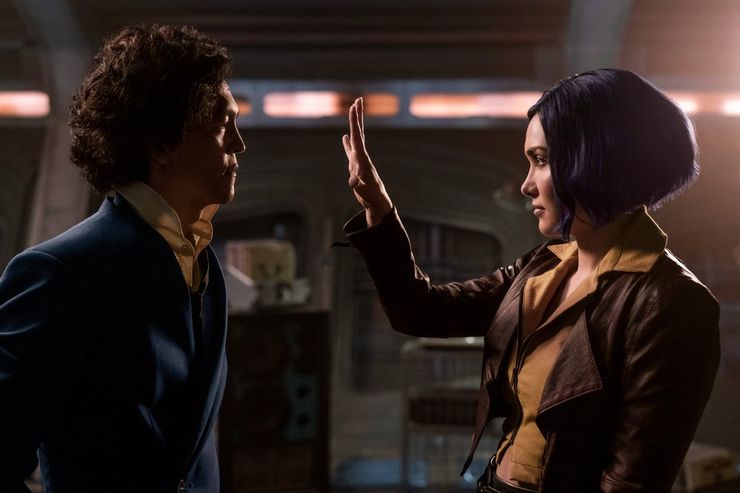 Another image from the new set depicts Spike and Jet Black, played by Mustafa Shakir, in a more straightforward interpersonal relationship. Despite both men’s harsh faces, their easygoing and familiar dynamic appears to be maintained. Jet’s position, on the other hand, suggests that he is actively leading the crew, which is acceptable for the ship’s owner and the most responsible member.

The original “Cowboy Bebop” anime, which debuted in 1998, was praised for its high-quality animation, vibrant soundtrack, and incorporation of genres like western and noir into its sci-fi premise. It has subsequently gone on to become one of the most popular and well-known anime series ever. The series follows a group of competent but usually unfortunate bounty hunters who cross up with a broad array of dangerous and colorful characters in a future where humanity has abandoned the Earth and now lives on colonies across the solar system.

On November 19, the live-action adaptation will release on Netflix. The anime series’ 26 episodes are also presently accessible to watch on Netflix and Funimatio.

Complete Explanation Of The Second Age Of Lord Of The Rings