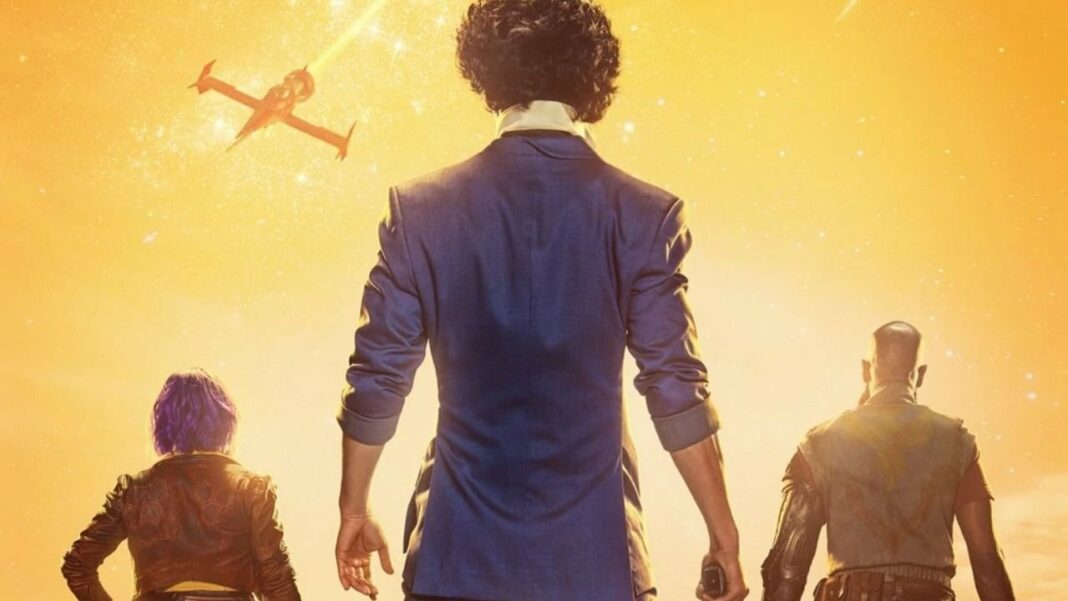 The anime series was canceled after 26 episodes because its creator, Shinichir Watanabe, did not want to be bound to it for years. Cowboy Bebop: Knockin’ On Heaven’s Door (or Cowboy Bebop: The Movie in North America) was an anime original film released in 2001, but there have been no sequels afterward, despite the series and film being published on blu-ray and airing on Adult Swim and other outlets. “Cowboy Bebop” became widely considered as one of the best anime series of all time as a result of this, attracting even more admirers throughout time.

Promotional material has begun coming out in anticipation of the new live-action series, including still shots of John Cho and the rest of the actors dressed as “Cowboy Bebop”. “Cowboy Bebop’s” Twitter posted the first poster for the series today, just in time for the Netflix fan event Tudum, which will most likely reveal the series’ first teaser. The poster portrays Cho as Spike, Pineda as Faye, and Shakir as Jet Black, along with the November 19 release date.

Check out poster below:

Showrunner André Nemec believes “Cowboy Bebop” would honor the anime while also delving deeper into its history and giving fans more than just a retread of the earlier material. However, Nemec has vowed that every episode of the live-action series would include tributes to the original animation, including homages to the original English and Japanese voice performers. Fans of “Cowboy Bebop” have been challenged by Nemec to find all of the references to the original anime in each frame of the show, which should be a fun challenge for veteran fans.

“Cowboy Bebop” may be a major blockbuster for Netflix if it all comes together, thanks to a superb cast and the previously shown photos and insight from Nemec. A large fanbase for the anime already exists, but if it can also attract a new audience, this might be the continuance of the “Cowboy Bebop” legacy that lifelong fans have hoped for since the series ended. It’s also a fantastic opportunity for the cast, particularly Cho, who has fought his way up the ladder with Star Trek and Harold and Kumar flicks and is now ready for a substantial character like Spike Spiegel to give him his due.

See the opening video below:

See the first look of the “Cowboy Bebop” cast: