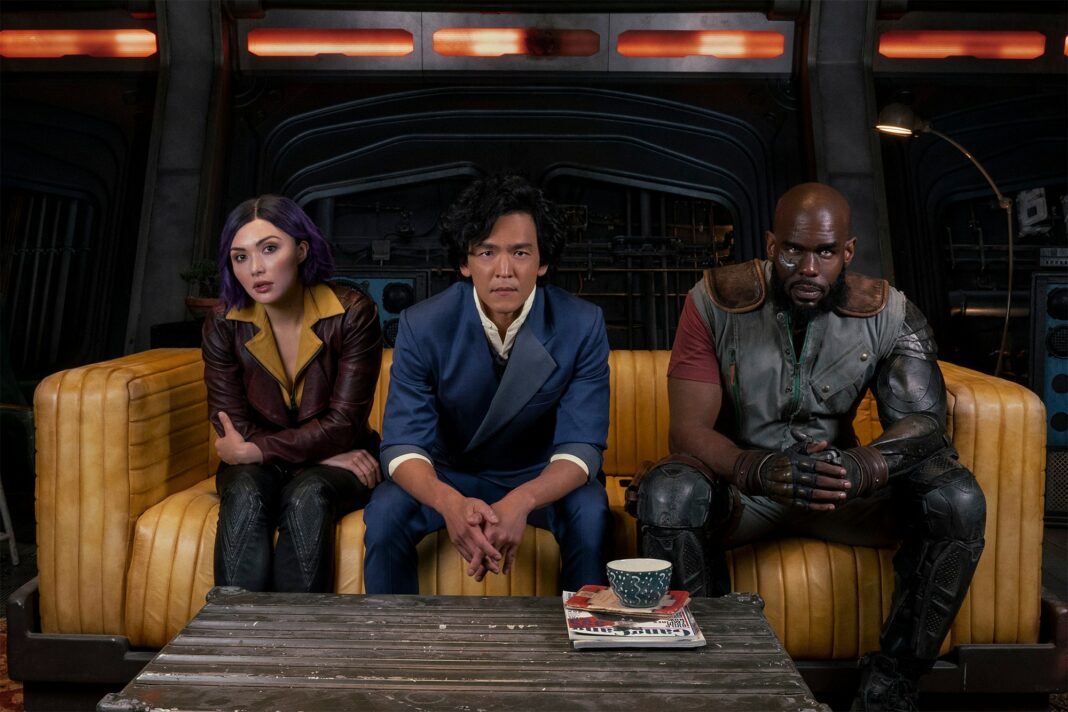 Actor John Cho speaks out about his sitcom “Cowboy Bepop” being canceled. The American actor is best known for his roles as Hikaru Sulu in the Star Trek reboot franchise and Harold in Harold & Kumar. However, the actor’s career has had a tremendous impact on the subject of Asian-American representation in mainstream cinema beyond these landmark parts. Cho has acted in a number of critically praised films centered on Asian-American characters, including Searching, in which he made history as the first Asian American actor to take the lead role in a mainstream Hollywood thriller.

Cho most recently appeared in Netflix’s live-action adaption of “Cowboy Bebop“, in which he played Spike Spiegel. As Cowboy Bebop season 2 scripts were prepared and Cho discussed the new paths he intended to explore, the show was envisioned as a long-running series for the streaming service. “Cowboy Bebop” was canceled by Netflix shortly after its release late last year, so it wasn’t meant to be. Cho now shares his perspective on the situation.

Cho addressed the cancellation of “Cowboy Bebop” for the first time in an interview with The Hollywood Reporter. The fact that Netflix canceled the show less than three weeks after its premiere was particularly disappointing to the show’s fiercely devoted followers. Below, Cho reflects on the show’s tremendous impact on his life and shows sympathy for people who have been harmed by Netflix’s decision:

It was just a huge event in my life and it was suddenly over. It was very shocking and I was bummed. But I was very warmed by the response. I wish I could have contacted everybody and gotten hugs. You can’t do that now, but … I don’t know what this is. I’m mystified a little bit about how you can connect with people that you don’t know doing your work, but I won’t question it. I will value it and treasure it. I’m just really deeply appreciative that anyone would care. It’s stunning to me.

While some animated classic adaptations succeed, “Cowboy Bepop’s” lackluster ratings and subsequent termination suggest the show lacked the brilliance of others. The outpouring of passion from fans following the show’s cancellation, on the other hand, implies that the show had a greater impact on viewers than the official critical replies suggested. A “Cowboy Bebop” season 2 petition has approximately 100,000 signatures as of January 2022, showing that fans wanted the show to continue. Cho’s empathic response to fans’ disappointment, as well as his loving remembrance of the show’s symbolically important nature, reveal a healthy nuanced viewpoint on the termination.

Furthermore, the diversity of topics Cho discusses in his interview demonstrates the vitality of his career despite this setback– in particular, the upcoming publication of his culturally relevant book Troublemaker, which serves to contextualize the 1992 riots for today’s youth and their significance in relation to politics/tensions today, greatly puts into perspective the relatively insignificant ramifications of “Cowboy Bebop’s” brief existence. Cho, in the end, is unquestionably a relevant voice in the entertainment industry and larger artistic society. In terms of “Cowboy Bebop’s” legacy, both the brief 2021 program and the magnificent original Japanese show is still available on Netflix for fans of the distinctive space western, neo-noir science fiction series.

Smilegate at 20: Growing beyond Crossfire, reaching beyond games