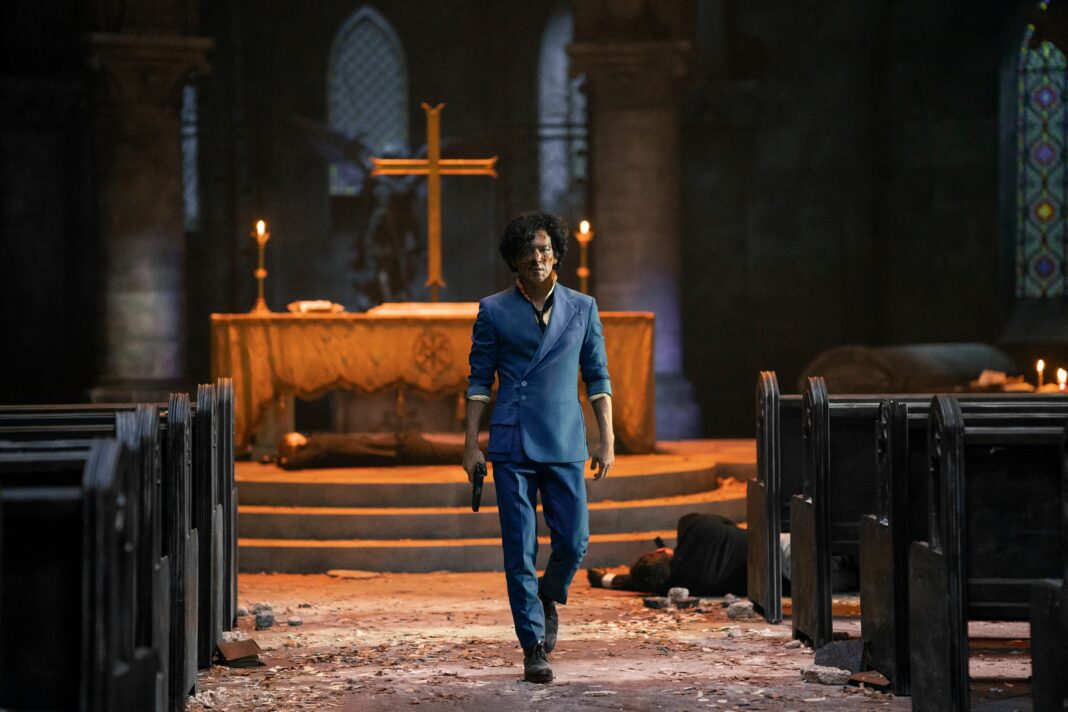 John Cho discusses his injury while filming Netflix’s “Cowboy Bebop” and how it drove him to make a better anime adaptation. The anime, which first aired in 1997, followed a group of bounty hunters as they traveled the cosmos aboard the “Cowboy Bebop” in the year 2071, chasing for jobs while simultaneously dealing with their previous demons. The series is credited with helping to introduce the anime genre to Western audiences, and it continues to appear on best-of lists to this day.

The live-action “Cowboy Bebop” series was first in development in 2017, when original producer Sunrise Inc. teamed up with Tomorrow Studios to bring the series to reality. Cho, Daniella Pineda, Mustafa Shakir, and Alex Hassell have all been cast as Spike Spiegel, Faye Valentine, Jet Black, and Vicious, respectively. André Nemec has been enlisted to create the series, while Christopher Yost of The Mandalorian has been signed to write. “Cowboy Bebop” was supposed to release in November, but was delayed owing to Cho’s injuries during production and COVID-19 shutdowns. Production finally wrapped in March, and the film is now set to premiere in November.

Cho recently caught up with Vulture to discuss his work bringing Spike to life for Netflix’s “Cowboy Bebop”. The actor reflected on his injuring during production, calling it a “sobering experience” and explaining how he used it to push for the best adaptation he could deliver. Cho said:

“I’m at home doing these knee exercises and coming off the drugs, I was thinking about Cowboy Bebop. Doing those knee exercises, I was like, I gotta put my focus into this. So I think that’s also fueling my fear. [Laughs.]… But the amount of thought and worry and effort and number of days I’ve logged thinking about Spike is now equaling the fear I have about the reaction. I wanted to shore up any deficiencies in my body. It’s really hard to tell what precipitates a freak injury like that, so I was determined to come back stronger.

I felt very guilty that I had let the production down, and my cast, and the crew in New Zealand that had had a job, and then they didn’t the next day. I didn’t feel that I could come back and half–ss this role. I had to take it deadly seriously. It was people’s livelihoods and I wanted every single person on the set to know that I was doing my best every single day. Which sounds Boy Scout-ish, but it was the truth. Maybe it was an apology that took a whole season for me to express. Because I felt so responsible for that upheaval in a whole crew’s lives.”

Cho’s injuries during the filming of “Cowboy Bebop” sent shockwaves through Hollywood, with Netflix opting to put the movie on hold for eight months rather than replace Spike with a new actor. However, it also conveyed a message to skeptics and others who were worried about the series that the streamer and creators were confidence in their casting choice for the role, and Cho’s comments seem to support those sentiments. Rather of using the time to exclusively focus on himself, the actor used it to better connect with the material and push himself to provide the greatest portrayal he could for the renowned bounty hunter.

Given the track record of live-action anime adaptations, including Netflix’s own Death Note feature, his concerns about audience reactions to “Cowboy Bebop” are legitimate. However, the series’ early photos and recent discoveries have all pointed to a legitimate live-action adaptation of the legendary anime, with pretty realistic costume designs and the return of original composer Yoko Kanno and director Shinichir Watanabe as a creative adviser. When “Cowboy Bebop” arrives on Netflix on November 19, only time will tell if Cho’s efforts pay off.