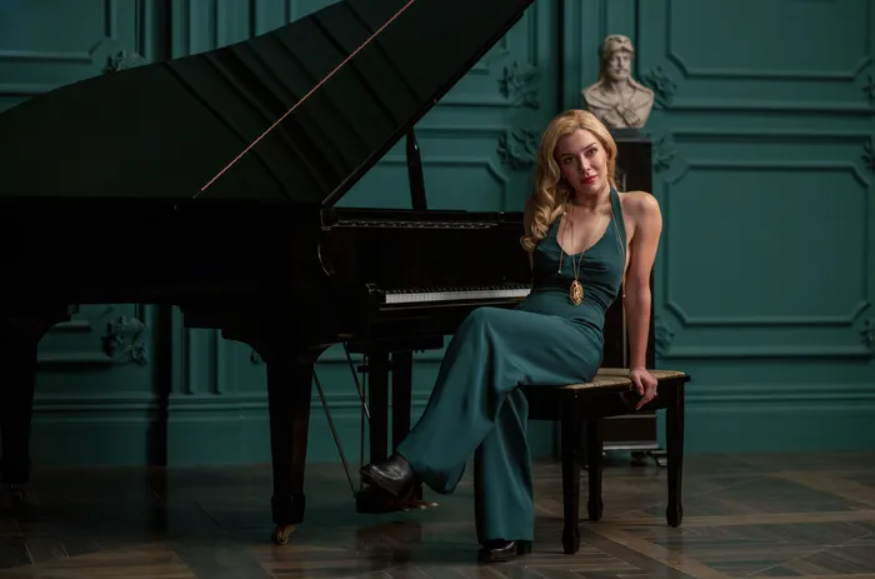 We were always going to get a flashback episode, right? So much of what characterizes Spike, Vicious, and Julia is anchored in a past we’ve only heard about in passing. Before what is expected to be a major, bloody conflict in the season finale, it makes structural sense for Cowboy Bebop to turn the clock back and show viewers how everyone got here.

But, at the risk of breaking my personal rule of not turning these recaps into an endless list of differences between the live-action series and the anime, it’s worth noting that the original series did not do this. Vicious and Julia aren’t the most complex characters in the Netflix series, but they do have their own storylines. They’re almost like icons in the original show, with Julia representing loss and Vicious representing hatred. Dramatically enlarging Vicious and Julia’s arcs isn’t necessarily a good or terrible option, but it does transform something that was meant to be enigmatic into something that Cowboy Bebop spends the entire 51 minutes of this episode screaming out in giant block letters.

Much of the excitement of a flashback episode comes from seeing how different these folks are from the characters we’ve grown to love over the course of the series. As the episode begins, Spike and Vicious assassinate a DA who is threatening to bring down the Syndicate. Vicious is still a sociopath, but he’s also a guy who can crack a few jokes about shaving pubic hair and enjoys Spike. Julia, for her part, isn’t a guarded and traumatized woman in a vast apartment with a wardrobe full of silk gowns; she’s a frightened, joyful young singer who doesn’t understand her boyfriend’s darker side is that dark until it’s too late.

And Spike — well, “Fearless,” but we’ll call him Spike for consistency’s sake — is himself, but looser, chattier, and quicker to smile. He ultimately confesses that he’s been Vicious’ “brother” since childhood, when Vicious saved him from a life on the streets. Spike has responded to Vicious’ largesse with unwavering allegiance, leading him to a morally dubious life as Vicious’ co-enforcer.

Nepotism, unavoidably, survived humankind’s journey into space. As a result, despite being a tremendous burden because his father is the leader, Vicious has risen through the ranks of the Syndicate. He declares that the Syndicate will be his somebody, and that he plans to take Spike with him to the top. As a practice run for getting promoted to capos, their mentor Stax assigns them the task of forging a relationship with the Neptune cartel, which would help the Syndicate’s reach to the outer planets.

Vicious, being Vicious, messes this up almost immediately by getting too hot-headed during the discussions. Spike, on the other hand, remains devoted. If nothing else has changed, you get the impression Spike would rather spend his life cleaning up Vicious’ messes than oppose him.

Then Julia appears on the scene. When Julia performs for the first time at Ana’s, both Spike and Vicious fall in love with her right away, but Vicious makes the first move. He’s not exactly charming, but you can see how Julia could have been overwhelmed by his passion: extravagant picnics, fancy jewelry, and the fact that he cared to learn a few enticing Russian phrases.

Despite his desires, Spike is willing to stay on the sidelines, wishing he had Vicious’ girl. Maybe this could have worked — until the night Vicious crosses a line by discovering, torturing, and killing the Neptune cartel member who insulted him during their discussions. As Vicious revels in his own heinousness, Spike and Julia console one other and complete their careful flirting by falling into bed together.

Vicious has now evolved into a problem that may or may not solve itself. He has significantly overstepped by providing the Neptune cartel a reason to go to war with the Syndicate, and his father is more than willing to apologize to them by killing his son and calling it a day. Only one person stands in the way: Spike, who can’t bring himself to be his executioner or even to stand aside and watch Vicious die.

Instead, Spike devises his own solution: he kills the entire Neptune cartel by himself so that there is no one left to retaliate. He even violates his own ethics by shooting a fleeing young woman in the rear so there are no witnesses. If this is Spike’s farewell gift to Vicious before he runs away with Julia, it’s the best he can give: a future Vicious would never have had without him, paid for with remorse and trauma that will plague Spike for the rest of his life.

Vicious, on the other hand, isn’t going down without a fight. When Vicious’ father informs him that Spike and Julia intend to flee together, he realizes he must act fast and viciously to stop them. So he sends one of his Syndicate henchmen to grab Julia and keep her locked up at his penthouse, then goes to meet Spike with a large enough crew of goons that even Spike won’t be able to flee.

Except, as we all know and Vicious soon discovered, Spike got away. A shower of bullets and a fall down a cliff weren’t enough to kill him, but he did emerge with a new name and a lot more baggage. And, to paraphrase the sentence at the end of the episode, he will bear that weight.

• This episode fills in a lot of holes, but there are still a lot of unsolved questions. How did Caliban learn about Spike and Julia’s affair? When did Vicious and Julia marry? How did Spike survive, why did he rename himself “Spike Spiegel,” and how did he save Jet’s life? Cowboy Bebop doesn’t have to answer any of those things, but if the show is renewed for a second season, it wouldn’t be shocking if we get another flashback episode filling in some of the temporal gaps between the end of this one and the pilot.

• Other tidbits from past episodes that appear here: A photographer captures Spike and Julia doing the Jupiter Jig; Vicious stabs Ana in the leg, necessitating the cane she uses; and after they have sex for the first time, Julia says she feels like she’s in a dream, setting up Spike’s “It was time to wake up” in the pilot.

• There are a few portions that, perhaps unavoidably, overexplain parts of the backstory that could have been better hinted at. Vicious gives a long, furious monologue about witnessing his mother’s suicide when he was nine years old and how his father branded him weak when he sobbed. Spike receives many monologues, including one about Vicious rescuing him from the streets and another about how he’s always tried not to love anyone because he’s frightened of losing something. The latter is brilliantly delivered by John Cho, but it also adds unnecessary words to something that was already abundantly evident from the look in his eyes.

• “YOU’RE GONNA CARRY THAT WEIGHT” was also utilized as the concluding text in the original anime’s series finale.

• It appears that diamonds rain down on Neptune. That must be excruciating!

• Ana’s advise about Syndicate guys: “They’re like bears: fun to look at, but don’t roll down the windows.”