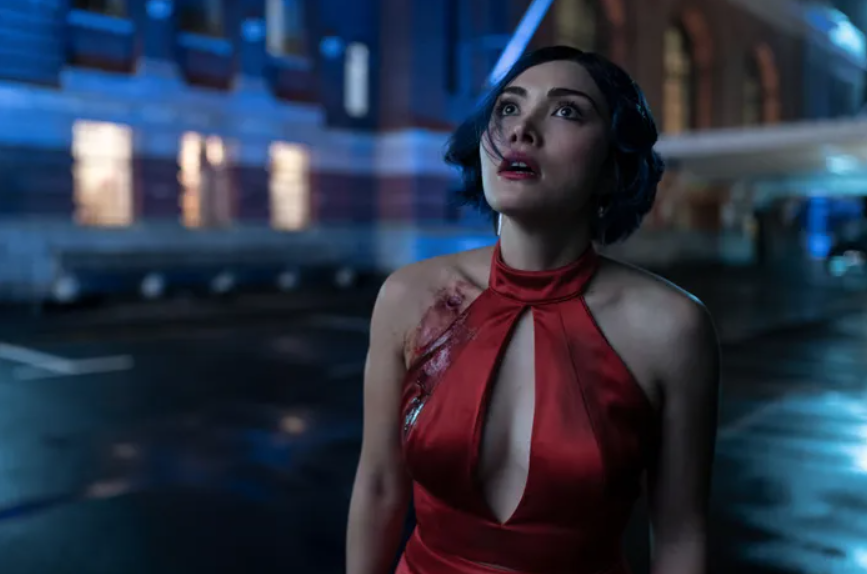 One of the best things about Cowboy Bebop is how effectively it makes the case that humanity will also wreak havoc on the galaxy. Billboards selling fast food and beer overwhelm the landscape. People colonized the planets by building shoddy duplicates of the cities we had on Earth. The police are crooked, organized crime thrives, and the economy is so messed up that freelancers like Spike and Jet can barely afford dinner at a bad diner even with a two-for-one coupon. Dogs are so uncommon and expensive that they are classified alongside dragons and unicorns. How terrible can things really get?

To put it another way, the time and place may change, but people will always be as awful as they have always been. (And, at the conclusion of a year in which a few obnoxious billionaires spent exorbitant sums of money to blast themselves into space, it’s a scepticism about the galaxy’s future that, honestly, feels merited.) That’s a very grim concept to build on for a program as colorful and joyful as Cowboy Bebop — kind of an anti–Star Trek — but four episodes in, it’s evident that this series works best when the melancholy is continually nibbling at the heels of the fast-moving plot.

And, while we’re on the subject, Faye Valentine has returned! As the song “Callisto Soul” begins, everyone’s favorite purple-haired, acid-tongued bounty hunter sneaks into an opera house to aim a gun at a dick named Mark Manley. We find that Faye was dragged out of cryo-sleep and exposed to a con that left her with no memory or money. Mark was one side of the grifters, and she wants him to arrange a meeting with the other: Whitney Haggis Matsumoto, who duped Faye into thinking she was Faye’s mother.

“A girl with no memory has nothing to lose,” she tells Mark, and her reckless behavior throughout the episode proves she means it. But, just as Mark has Whitney on the hook, the opera house is interrupted by ecoterrorists with a truly heinous weapon: a gas grenade that turns people into trees — and I cannot emphasize this enough.

Faye’s strategy is derailed by this unexpected turn of events, but she manages to track down the terrorists when they kidnap Mark. But, after the terrorists steal her spaceship, she slides into a diner table next to Spike and Jet, blood still gushing from her shoulder, and offers they band up to take down the terrorists, splitting the bounty 60-40. (Of course, in her advantage.)

The opera house, it turns out, was only the beginning. The real plan of the ecoterrorists, calling themselves the Callisto Liberation Front, is to launch a missile containing their grenades over a crowd, transforming 6 million people into trees (and, if they don’t mind that these trees clearly used to be people, also transforming Jupiter’s moon into a dendrophile’s playground).

Is there a happy medium between the terrible environmentalists and the evil robber barons who converted outer space’s majesty into yet another commercial dystopia? If so, it’s somewhere among the crew of the Bebop. They may be working for themselves, but their objectives are personal rather than universal — and when it comes down to it, they generally do the right thing.

Which brings us back to Faye, who double-crosses Spike and Jet (and even dognaps Ein!) before abandoning her own aim. Instead, she rescues Callisto’s 6 million inhabitants and heads toward what appears to be her own death by slamming her own ship into the missile, stopping the tree grenades from exploding. As she careens toward the planet in her broken ship, she establishes her own identity — not the string of numbers and letters allocated to her in cryo-sleep, but the name Faye Valentine, which feels more authentic to her than any of the other names she tried on at the start of the episode. And, in the face of forces incomparably larger and more terrifying than any one person can possible deconstruct, what greater power can you wield than establishing yourself as the person you desire to be?

When Faye awakens on the Bebop, her ship has vanished, but she is still alive. (It’s a little disheartening that the solution to how Faye survived the offscreen crash landing is, “She did, don’t worry about it,” but here we are.) Spike, who spent the most of the episode holding a gun at her head, seemed to have softened a little. And, while Spike may not fully trust Faye yet — and why should he? — he does leave her with some hard-won insight gleaned from his own experience: “You know what’s cool about losing your life? You get to create a new one.”

• In our Syndicate subplot, Julia dupes Vicious into preparing a coup against the Elders and enlists Ana’s assistance in arranging a meeting between Vicious and an ambitious fellow capo named Mao Yenrai. She won’t go into detail, but it appears very evident that Julia intends to pull strings behind the scenes to get rid of Vicious without anyone noticing.

• Jet, it appears, employs bidets as footbaths, which… technically works?

• Dr. People (Dr. Pepper), WcDowell’s (McDonald’s), BlueBerry (BlackBerry), Acari (Atari), and Pudweiser are among the Cowboy Bebop–ified brands that survived the trip to space (Budweiser). There is a long history of anime adopting slightly disguised actual brands to avoid trademark rules; a partial list can be seen here.

• A Dahmer Burger (for meat lovers), a Sea Rat Dinner Special (presumably created from the deceased Ganymede rats Maria was so upset about), and a Royale with Cheese (which is, for some reason, two slices of meat lover’s pizza) are on the menu at the diner.

• “Cat Blues” is playing while Faye and Ein explore the railroad tracks.

• Your best guesses for the plot of “The Cosmonaut” are welcome in the comments section below.

RPG Cast – Episode 611: “All the Bidoofs I Released Before”

Netflix’s The Witcher S3 will premiere in Summer 2023, and Blood Origin in December