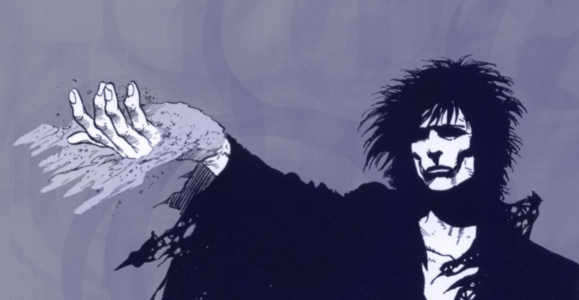 Neil Gaiman’s stories like The Sandman and Good Omens, according to Kevin Smith, fueled his creative fire and inspired him to work on Clerks.

During a NYCC panel attended by CBR, Smith said, “I suppose I always associate reading Sandman with a moment in my life in my early to mid-twenties before I accomplished anything, before I made art myself.” “And, you know, it’s amazing to consume; anyone can consume Sandman and find interesting subject matter, things that hit near to home, and so forth.” “Not only is it like fun to read and entertaining, but also fires your passions, your fire,” the filmmaker said, adding that Gaiman’s work acts as fuel for his career as a creative person.

“I recall I was heavily reading Neil right before I created Clerks, and I’ve told him this many times,” Smith continued. “Before I started my artistic trip, the last big meal that I gave before I headed out was Sandman, Good Omens, and a lot of Neil’s stuff. So, you know, you don’t look at my work and think of Neil Gaiman, but strangely enough, he nourished me for, honestly, the last 27, 28 years of my career, but as you watch someone’s imagination, Neil’s imagination, grow, your imagination cannot help but unfold as well,”
Gaiman was also lauded by Smith for providing stuff that is so distinctive and imaginative that it motivates people to be creative. “So, not only do I like it as a well-told story, but I also enjoy it as firewood,” he finished. “It motivates me to improve as an artist, if that makes sense.”

The Sandman, co-created by Gaiman and artists Sam Kieth and Mike Dringenberg, debuted in the late 1980s under DC’s Vertigo Comics label and ran for 75 issues. The Sandman is already accessible on Audible as an audio adaptation, and Netflix is currently developing a television adaption starring Tom Sturridge as Dream, Kirby Howell-Baptiste as Death, Mason Alexander Park as Desire, and Donna Preston as Despair, among others. The Sandman, a Netflix original series, does not yet have a premiere date, but it is scheduled in 2022.

Meanwhile, Smith is working on Clerks III, in which Dante Hicks and Randal Graves will be played by Brian O’Halloran and Jeff Anderson, respectively. Rosario Dawson and Trevor Fehrman, who first appeared in the Clerks franchise in 2006’s Clerks II, will reprise their roles in this film. A release date for Clerks III has yet to be announced.

Previous articlePedro Pascal as Joel in The Last of Us Gets a New Look in a Set Photo.
Next articleNikolaj Coster-Waldau: This Is The Most Difficult Challenge For “House Of The Dragon”

Meet The Cast Of The “House of the Dragon”