Can DFM improve or repeat last year’s success at Worlds ’22? 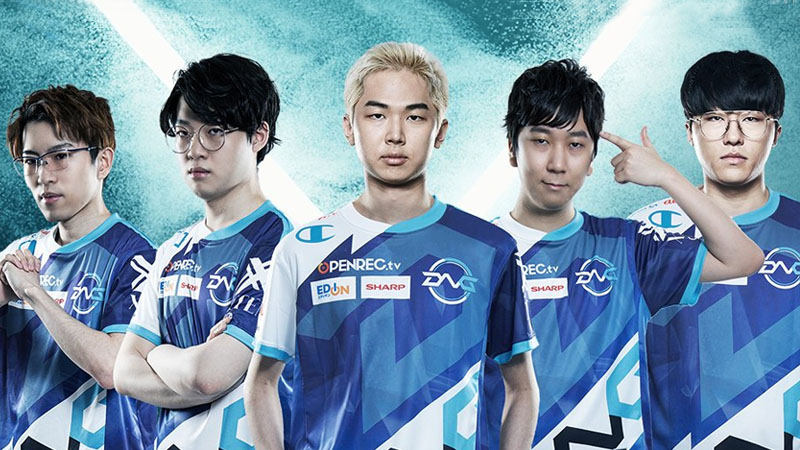 Worlds is one week away and the hype cannot be any higher! Just like last year, the Japanese representative DFM will be going through the play-ins stage, hoping to repeat the performance they achieved. But how are they looking and will they have a chance?

Let’s break it down for you in this L0L Worlds Preview. After achieving their best result at Worlds last year, DFM saw two of their players leave during the offseason. Korean mid Aria left for KT Rolster while support Gaeng was unable to find a new destination.

To replace them, DFM decided to pick up another two Korean players from the LCK: Yaharong from Fredit Brion and Harp from KT Rolster, making the swap with Aria.

Despite not being top tier players among the LCK talents, they have been far above the LJL’s competition. They have always found strong early game leads from the get-go, with an average of almost 2.8k gold at 15 minutes.

The team not only has the best players but also a reliable coaching staff, made of all former DFM players who have known the organization and environment for many years. With a stable structure behind it, it was expected to see DFM dominate the Japanese League.

What are DFM’s chances of success internationally?

Having said that, the question now is: how strong is DFM this year compared to last year and can they actually fight for a group stage spot?

The team ended up in group A, which is considered by many the easier one of the two, due to the lack of the LCK and LPL’s fourth seeds. Nonetheless, there are still the LCS and LEC teams like Fnatic and Evil Geniuses, as well as the PCS’ second seed Beyond Gaming which must not be underestimated. (PCS has always sent strong teams)

On paper, EG and FNC should be above DFM, with BYG likely on a similar level. It’s hard to make a direct comparison but we can analyze DFM’s playstyle coming into Worlds… and I would say it’s quite interesting.

Now that the Worlds patch is live, we might see a shift from the bot lane towards mid and jungle, with top lane also getting more attention.

Yaharong has performed greatly in the summer playoffs and has dealt more damage compared to ADC Yutapon, who’s known for being the core of the team. He’s showcased a decent champion pool and the same can be said about top laner Evi. Some will remember him for always being a well-rounded player, someone who can play almost anything at a high level. He can become DFM’s additional weapon for this year’s Worlds.

The most worrying point for DFM is probably the jungler Steal. He has played for the majority Wukong, who has been nerfed repeatedly in the last patches and hasn’t had a diversified champion pool. Even in playoffs, he played Wukong 5 times out of 7. If is unable to bring more diversity to his pool, DFM will likely struggle in drafts.

Expectations for the LJL at Worlds

Overall, I’m expecting DFM to finish 3rd in this group at the end of the first stage. Depending on their level, they might have the chance to fight for a spot, even though that will mean they have to face the second seed from the opposite group, which can also be RNG or DRX.

It will be tough for the Japanese team, but that’s what all the wildcard regions will have to through this year. Compared to others, though, DFM has slightly higher LoL Worlds odds than others.

If you want to see DFM in action, tune in to the broadcast on Sept. 29 when the play-in stage begins!

Previous articlePokémon GO Community Day: Litwick announced for October
Next articleGAM Esports and Saigon Buffalo at Worlds – How good is the VCS really?

Sumner Stroh Apologized to Behati Prinsloo in a New TikTok