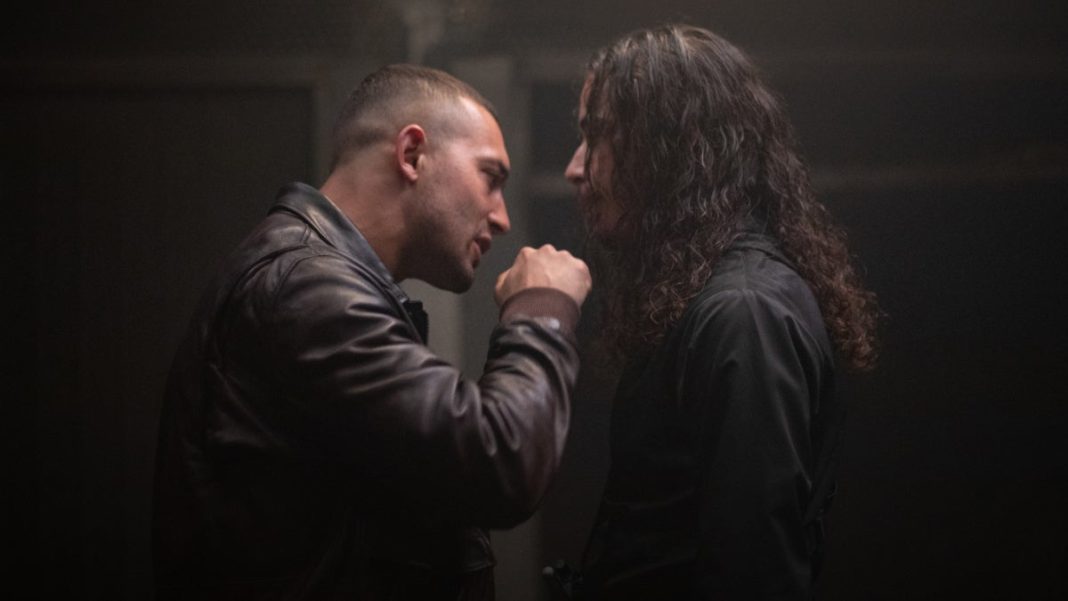 This review originally ran in conjunction with the film’s world premiere at the 2022 Venice Film Festival.

For those still under the erroneous impression that police brutality against Black people and other communities of color exists as an exclusively American form of racially motivated violence, “Athena,” an explosive drama (figuratively and literally) from French director Romain Gavras, son of legendary auteur Costa-Gavras, disproves it.

Over the course of one fateful day in the aftermath of the brutal killing of a boy of Middle Eastern descent at the hands of a group of white men — either comprised of cops, members of a far-right clan, or perhaps one and the same — chaos erupts in the disenfranchised Parisian neighborhood of Athena, as young people revolt in response to such injustice.

Almost immediately dropping us into the action, Gavras opens “Athena” with one of cinematographer Matias Boucard’s incredibly impressive one takes that carry us from a press conference — where Abdel (Dali Benssalah), a police officer and an older brother to the victim, calls for calm — to the epicenter of the turmoil where barricades and fires abound. 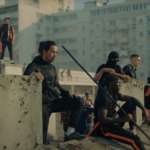 Ready to burn it all down to cleanse the country of its poisonous and institutionalized ideologies of oppression, Karim (Sami Slimane), a young man and also brother to the deceased, commands the army of youths taking over buildings and preparing to face the authorities with force unless they reveal the names of the murderers. Within the first few minutes of “Athena,” it’s clear this is propulsive filmmaking with thematic substance.

As families evacuate the area, complications mount. since an individual known for carrying out anti-government terrorist acts resides in Athena and a drug dealer, Moktar (Ouassini Embarek) — coincidentally is also a sibling of Abdel and Karim — hides there as well.

When a new battalion of law-enforcement troops arrives, the camera focuses on a fresh-faced white police officer, Jérôme (Anthony Bajon), conspicuously announcing he will become a hostage to put pressure on the establishment to meet their demands. 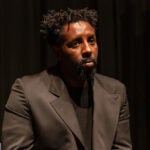 Integral to the sensation that this is an epic battle between the forces of good and evil, almost in a holy sense, is the darkly operatic score by composer Surkin (“Gener8ion”) that folds in choir voices to exalt the grave stakes at play. An imposing shot of Karim overlooking the fortress he and his comrades have erected, as well as the media attention their righteous battle has garnered, is made even more heroic as the music soars.

Like co-writer Ladj Ly’s own directorial Oscar-nominated debut “Les Misérables,” Gavras’ latest falls into some heavy-handed messaging and schematic narrative elements. That all of the main characters are brothers, each of them representing a distinct point of view within their traditional community, rings too dramatically contrived. Exploring the limits of brotherhood, and in this case the ideological fractures that can threaten it, may very well be the focus of Gavras, Ly, and co-screenwriter Elias Belkeddar, but in this context their convenient approach renders “Four Brothers” (2005) more believable.

Thinking back to the last scene in “Les Misérables,” where a group of mostly Black adolescents in a marginalized neighborhood fight back against the police in an apartment complex, “Athena” feels like an expansion of that sequence into a feature-length premise. Still, Gavras’ orchestrating reflects the urgency of the cause in the visual energy of the filmmaking: a perpetual state of disarray choreographed to appear organically conceived. 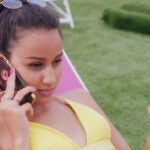 The impact of the heart-pounding imagery hinges on the ferocious strength of the performances. Slimane’s stoic expression playing someone barely managing to contain the rage-laden grief that flows through his entire body makes it impossible to ignore, even for a second, the no-holds-barred determination that fuels his character, Karim. For Benssalah as the conflicted Abdel, the portrayal devolves from his initial attempts at deescalating — upholding his status as a cop above all else — into a terrifying state of visceral fury.

But for all Gavras’ remarkable direction and incendiary core themes, “Athena” still upholds some of the tropes familiar to stories about the maltreated and abused standing up against their tormentors. Near the end, as the confrontation reaches shocking and deadly heights, one might be tricked into believing the filmmaker will cross an unspoken line in the sand, and not force the victimized to be the bigger person so as to not become like their enemy.

And though one can understand the apprehensive instinct not to allow his protagonists to indulge in primitive retribution in this story, what ensues instead is more symbolic, and perhaps less interestingly transgressive, in its outcome. Furthermore, the creators decide to add an unnecessary epilogue that somewhat answers one of the film’s central questions but doesn’t much elevate our insight beyond what we already knew about the unseen inciting incident that gave way to the tempestuous plot.

Parallels between “Athena” and the most emblematic wok in the catalogue of Gavras senior, “Z,” are not difficult to see. The two reflect a society discontent with those in power and the resolve of a handful of citizens to oppose their impositions and aggressions. Gavras may have yet to make a work as unmissable as his father’s masterwork, yet both come from the same spirit of resistance, visual vigor, and desire to use cinema as thought-provoking tool.

At 49, Kate del Castillo Is ‘Absolutely Comfortable’ in Her Own Skin