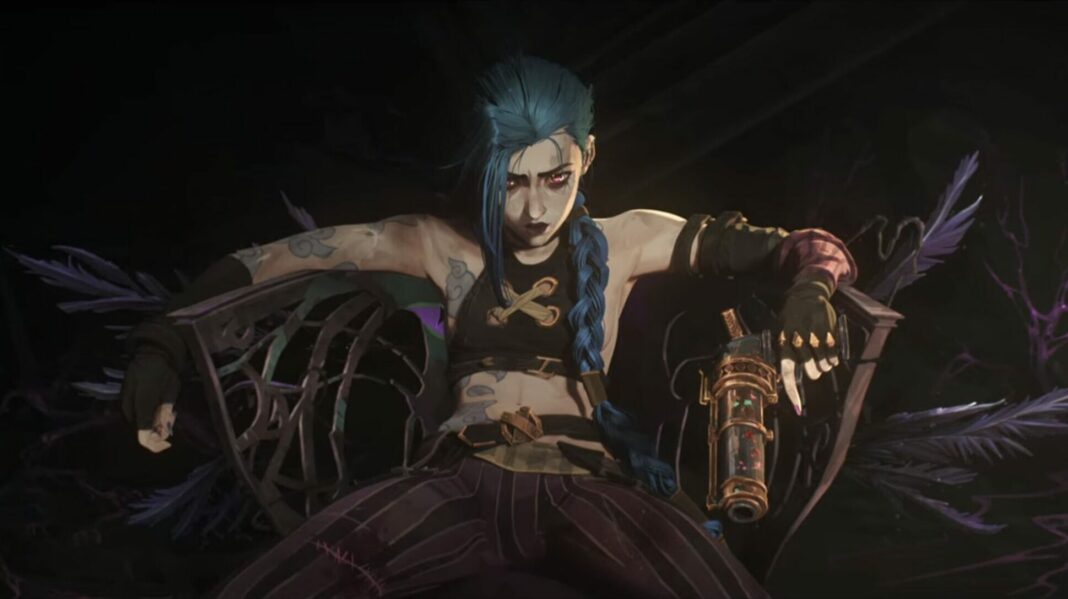 “Arcane”, Netflix’s latest animated rendition of the uber-popular League of Legends, puts an end to any doubts that the video-game adaptation curse is beginning to crack. The huge, lived-in world of the series has some of the year’s most spectacular animation, culminating in a visual marvel of a combat sequence in episode seven, “The Boy Savior”: The sequence’s combination of 2-D and 3-D gives it a familiar yet surreal aesthetic that feels like a video game come to life, thanks to novel lighting, depth of focus, and live-action camera methods. It’s TV animation’s response to Spider-Man: Into the Spider-sense Verse’s of unprecedented wonder.

“Arcane” is a vast story about a growing battle in Piltover, which is divided into two parts: On the top, the wealthy dwell in a metropolis of development, while everyone else in the Undercity lives in slums filled with toxic fumes. Two sisters, popular game characters Vi and Powder (later known as Jinx), are caught in the center of it all, progressively falling apart over the course of the first three episodes. Jinx feels abandoned and lured to the one person who appears to be there for her — Silco, a key participant in the criminal underworld — after being separated for years on opposing ends of the Piltover conflict. Meanwhile, Vi has been in prison for years, and when she is released, she teams up with a Piltover enforcer to stop Silco and reclaim her sister. When the sisters reunite, it’s a bloodbath on the bridge that connects Piltover and the Undercity, with Jinx fighting not only Vi but also their erstwhile childhood buddy Ekko in a fight to the death. It’s an emotional finale for Jinx’s decline into madness and acceptance of her violent instincts, as well as a coming-of-age moment for Ekko, who leads a rebel group against his old pals.

“We always try to find a theme for every fight so that it’s not just drawn out for the sake of having a long fight,” Arnaud Delord, co-director of Arcane and co-founder of studio Fortiche, says. “That’s why the bridge is such an important piece of symbolism, this place that connects the two cities and also the two characters who are now very far apart and on opposite ends. We used the topography of the bridge in order to set up the fight, as we placed spotlights across the bridge earlier in the episode for the enforcers to use, in order to have that as a light source for the scene, and we focused on making the choreography and the movements very realistic to bring forth the emotions of the scene, mixing that with the smoke from explosions and the street lights to transform the scenery into a concert hall.”

“Arcane” captures your attention right away with a unique blend of 2-D and 3-D animation — the directors refer to it as “two-and-a-half-D” animation — that’s realistic when it needs to be and cartoonish when it wants to be, with characters straight out of a comic book and 2-D water, fire, and smoke effects giving it a Surrealist feel.

“They look more interesting visually than most movies,” Delord says, explaining that the studio did not look at the medium of animation for inspiration, but rather at comics. “We have tried to stand out from other studios, which tend to skew more to realistic art styles. But as the technology improves, realistic animation gets old and boring, because the more realistic it gets, doing it in animation stops being necessary, since you can just do it with real people. So we wanted to do something more comics-based that allowed us to transmit emotions in ways live-action can’t.”

Fortiche’s first collaboration with Riot Games, the “Get Jinxed” music video, inspired the use of 2-D effects. According to Pascal Charrue, the other half of the directing duo and co-founder of Fortiche, there was a delay in the 2-D animation done for the video, so they decided to adopt it and have the 2-D animation be slightly slower than the 3-D characters, giving it a cartoonish contrast and helping to make the show feel as fantastical as the magical world it depicts. “It was a way to come closer to the 2-D style in a world of 3-D animation,” Charrue explains.

Similarly, the team at Fortiche desired a mix of fantasy and realism for “Arcane”, drawing inspiration from the actual world to create Piltover. “We were inspired by Art Deco and Art Nouveau and wanted a more Parisian look for the city as a sort of beacon for progress in this universe,” Delord adds.

The show is always straddling the line between magical and realistic, with the animation using live-action techniques to ground it while still feeling like it could only be done in animation. “We were always interested in seeing Fortiche and their 2.5-D look go bigger,” explains co-showrunner Christian Linke. “Their animation feels like it was shot by a person holding an actual camera. It feels real.”

Instead of writing a lot of visual directions into the narrative for the fight between Ekko and Jinx, Linke and co-showrunner Alex Yee let the animation team take the lead. What was vital for Linke to communicate in that scene was an early indication of Ekko’s might. League of Legends features over a hundred characters with unique abilities, but the show takes place before the invention of the technology that enables many of those abilities, so instead of showing the characters as they are known to gamers, they gradually build up to it by revealing hints of their abilities.

It necessitated getting inventive in demonstrating Ekko’s skills, which include manipulating time and using the past to help him in the present. “It’s kind of the scene in Sherlock Holmes where he analyzes the fight before it happens,” Linke adds. “Ekko analyzes his childhood memories and his relationship with Powder to anticipate the fight.” Instead of using true-time powers, the fight between Ekko and Jinx is reimagined as a previous recollection of Ekko and Powder playing as children, with a brushed, drawn aesthetic that contrasts with the present.

“We thought a lot about whether to stay with a more realistic style for that moment, because the spotlights were functioning really well for the visuals of the fight,” Delord says. “But even though that was a complete change in artistic direction, it paid off, because what works well is the total contrast between the more playful and illustrative flashback to what is basically a game between kids, and the gritty, realistic, and very violent fight in the present between Ekko and Jinx.”

One of the major distinctions between “Arcane” and other video-game adaptations is that it was developed with direct collaboration from Riot’s game creators, with Linke and Yee having worked on the original team that created Jinx and her sister Vi for League of Legends over a decade ago. Despite their lack of expertise working on television, Yee claims that their knowledge with the game and experience with it helped the show convey its essence. “We initially thought about hiring someone from Hollywood to handle it, but we’ve seen it done before and how often that hasn’t worked out,” Yee explains. “I think we just understood that we needed to be very self-aware and humble about us not having any idea how to do this, but also understand that we need to find our own answer and way forward.”

This was true even of the episodes’ duration, which was unusual for animation at roughly 40 minutes each (with a few exceptions, like the recent Invincible).

“There was a lot of resistance to that,” Linke says. “People were hesitant because you can’t stray away from the formula. Almost as if viewers were kind of conditioned to it, otherwise their brains explode. But as we started writing, we understood we needed more time to tell the story.” Charrue agrees and adds, “It creates a hybrid between the longer, prestige dramas like Game of Thrones and animation. It was difficult and ambitious, but it is the future of animated narrative.”

Previous articleSeasons 2 and 3 of “Squid Game” Are Being Discussed at Netflix, According To the Creator
Next articleThe lead narrative designer for Halo Infinite has left 343 and joined Riot Games