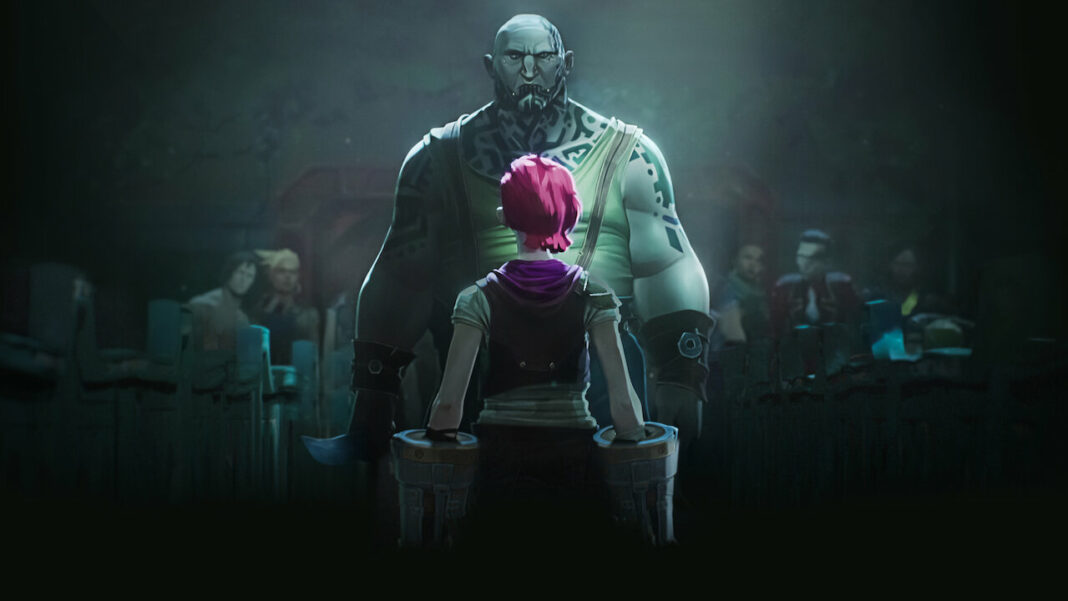 As of last week, Netflix’s new series “Arcane” is the number one streaming show in the United States. “Arcane” is a CG-animated series set in the League of Legends universe that debuted on the streaming service on November 6. League of Legends is a well-known online multiplayer game that has been around since 2009. The game has evolved into one of the world’s most popular esports, with a dozen leagues playing in annual championships all around the world.

“Arcane” adds on the universe and story around the boundaries of League of Legends, which is a more battle-oriented game. It follows popular characters from the game’s locations of Piltover, a utopian sanctuary for the upper class, and Zaun, a dismal and dirty city that homes the poor, in a prologue to the historical period in which the game is set. Hailee Steinfeld (who also plays in the Disney+ MCU streaming series Hawkeye, which aired yesterday) and Ella Purnell play sisters Vi and Jinx, who are divided along ideological lines in the midst of a looming war. Kevin Alejandro, Katie Leung, Harry Lloyd, Jason Spisak, Toks Olagundoye, JB Blanc, and Reed Shannon all star in the series.

According to Deadline, “Arcane” was the most popular streaming series in the United States during the week of November 13 to November 19. It outperformed perennial streaming juggernauts like Netflix’s Stranger Things, which will return for a fourth season next year, and Disney+’s The Mandalorian, which spawned the spinoff The Book of Boba Fett, which will premiere in December. “Arcane” is also performing well internationally, ranking third behind HBO’s Game of Thrones and Amazon’s The Wheel of Time.

“Arcane” is a Netflix series that deviates from the norm by releasing three episodes at a time rather than the complete season at once. This could explain the series’ remarkable expansion in the weeks since its premiere, as new viewers join each week as the buzz grows. “Arcane” Season 2 has already been renewed, which is understandable.

For others, the fact that “Arcane” has been such a smash hit may come as a surprise. However, it is one of the first series to successfully mix the worlds of streaming entertainment with online gaming, and it appears to be attracting a large audience from the gaming and game streaming worlds. Those who primarily watch movies and TV may not realize how popular a game like League of Legends is, but the gaming community is certainly showing up in droves to demonstrate how widespread the fandom is.

Previous articleWith The Success Of The Prime Streaming Show, The Popularity Of “The Wheel of Time” Books Has Increased
Next articleTo Maintain Secrecy During Auditions, “Wheel of Time” Used Fake Names

According to Reports, The Next “Battlefield” Will Revert To Pre-2042 Features